A Tale of Two Kitchens 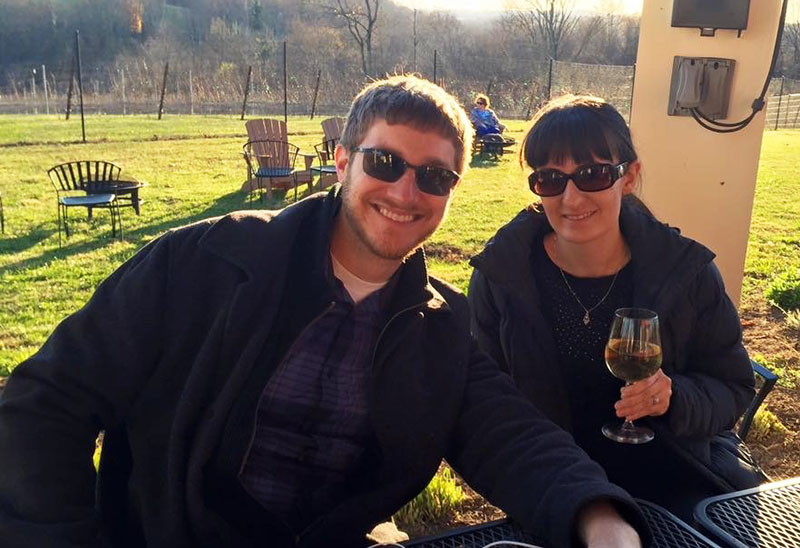 It was a year into our relationship and we were in his car heading to his dad’s house in the middle of nowhere.

The topic that inspired this reaction was none other than kashrut, a set of Jewish dietary laws that I happen to follow. While I am not incredibly strict and will go out to non-kosher restaurants, I will only eat vegetarian, dairy and halakhically (by the law) approved fish.

Andy knew that I kept kosher from the very beginning of our relationship but because I still went out to restaurants, he never thought much about it. As we became more serious and talked about moving in together, he finally began to understand how dating a traditional Jew would affect him. I had explained to him that if we were to move in together, our kitchen, and everything in it, would need to be kashered.

Kashering is the rather intensive process of making a kitchen kosher and it was not up for negotiation. Andy was not particularly pleased when I explained to him what it would involve, and in particular, what he would have to sacrifice.

His protests were valid and I completely understood where he was coming from.

Food is a significant part of life and kashrut not only dictates the kind of food we can eat, but also its preparation, storage, separation of dishes, utensils and pretty much anything in the kitchen that touches food.

For a Catholic-raised atheist who is not Jewish and was not used to food restrictions, it was quite jarring for him to suddenly be told that he would have to abide by them.

Thankfully, a year later as we were preparing to move in together, we were able to talk it out and eventually, negotiations were made where we agreed to set up two ‘kitchens’ in our apartment.

We dubbed them: Kosher Kitchen and Catholic Corner.

Kosher Kitchen is the main kitchen in our home. It’s where the majority of the cooking is done. The dishes in our apartment are all his. We rekashered his dishes in a local mikveh so that they could become our dishes. He even participated in reciting the prayers and dunking all of his utensils, pots, pans and well, pretty much everything kitchen related, into the mikveh pool.

“Can you kasher our kitchen every day?!” he had said incredulously as he watched me pour boiling water all over our counters, making them especially clean.

I had separated out everything into meat and milk items and he has been doing a decent job keeping up the separation, with a mishap every once in a while. It’s hard to be mad at him when it happens because of the guilty and horrified look on his face when he realizes that the fork that he has been using to eat his chicken is actually for dairy.

However, when he wants to avoid these situations, he always has the option of using his own kitchen space.

Catholic Corner is a corner by our front window which has a convection oven and a hot plate. Andy has a separate set of pots, dishes and utensils and even a separate sponge at our shared sink for those times when he eats non-kosher food.

Originally, he had a separate fridge as well but I felt like that was overkill. As long he wrapped everything up and it was well contained within its packaging, there would not be a problem about cross contamination and in the two-and-a-half years that we have been living together, it has never been an issue for me.

It may seem unfair that Andy cannot cook non-kosher food in the main kitchen, but I am the one that does the majority of the cooking for both of us. I am also the one who brought my beliefs to the table from the very beginning.

Andy realizes how important my religious and cultural traditions are to me and since that fateful conversation in the car four years ago, he is my number one supporter and now practically an expert on kashrut.

Keeping kosher is not always easy but not because Andy isn’t Jewish. It’s because we have a fairly small kitchen and having two of everything means our space is extremely limited.

Thankfully, together, we make it work.