Why We’ll Be the Family in Midwood Without a Sukkah 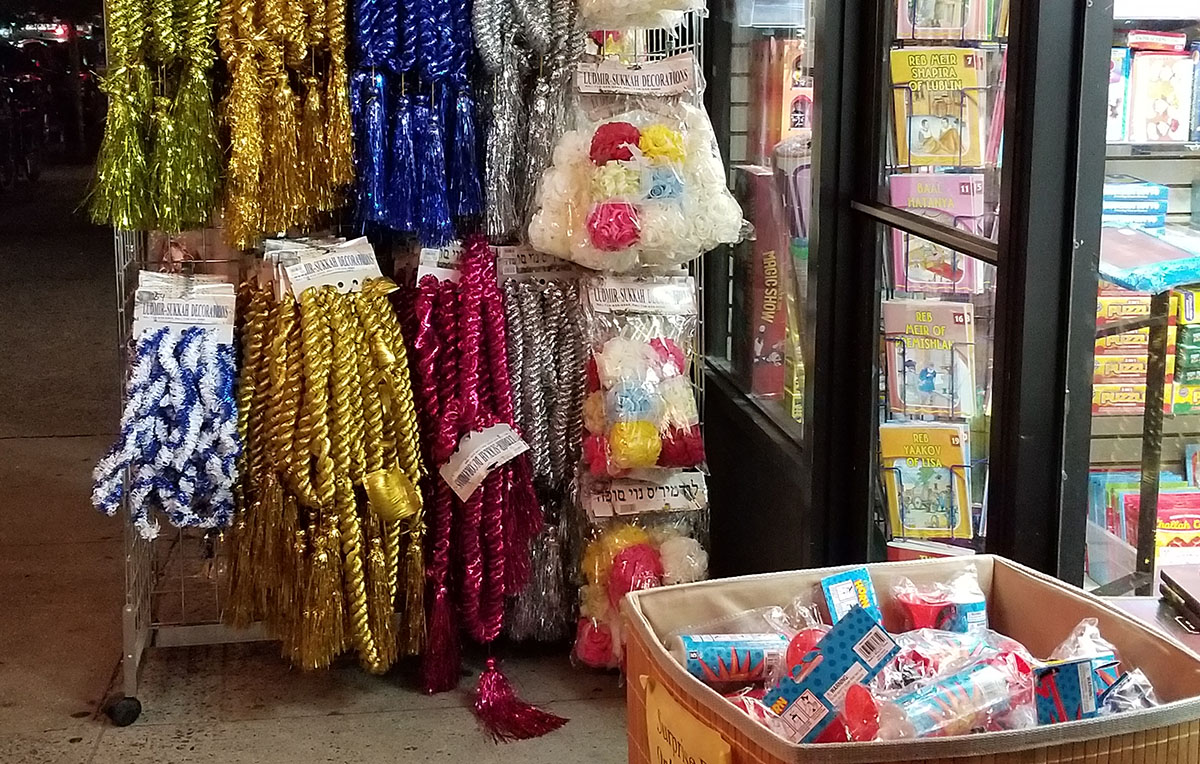 I think my family never celebrated Sukkot (the Jewish harvest festival that comes after Yom Kippur) because my father couldn’t stand the idea of eating a bunch of vegetables in a tent in the backyard, especially in Brooklyn. Of course, there were a few other reasons my father didn’t like Sukkot. The sukkah, an outdoor hut made of bamboo and pine branches, required building. On Sukkot the Jews are required to eat outdoors under the open sky. These little tents are supposed to represent the dwellings of the Isrealites after they escaped Egypt and wandered in the desert for 40 years. But, we never had a sukkah.

At school I ate in a sukkah. It felt more like eating in an inflatable balloon. Our school sukkah was built to fit 100 Orthodox Jewish children during our lunch hour. The cloth surrounding the sukkah was yellow and blue and the bamboo that covered the enormous outdoor eating tent smelled like a moldy locker room. They stored the sukkah in the basement of our Yeshiva when it wasn’t Sukkot, and so when the bamboo was able to breathe once a year, its moldy stench filled my lunchbox.

The yeshiva I attended was also alongside a busy Brooklyn street called Coney Island Avenue, where two way traffic with two lanes on each side caused reckless Brooklynites to frequently yell out of their car windows and lay on their car horns when traffic wasn’t moving. So, Sukkot at school smelled like dirty laundry and sounded like a Godfather movie. I think my father knew this. I think he also knew that to build a sukkah was to miss a game of pool at the billiard parlor on Nostrand Avenue. To build a sukkah was to not be able to enjoy the Marlborough Red that often hung from my father’s lips. To build a sukkah was physical labor and my father liked to sit in a big blue chair filling in crosswords. 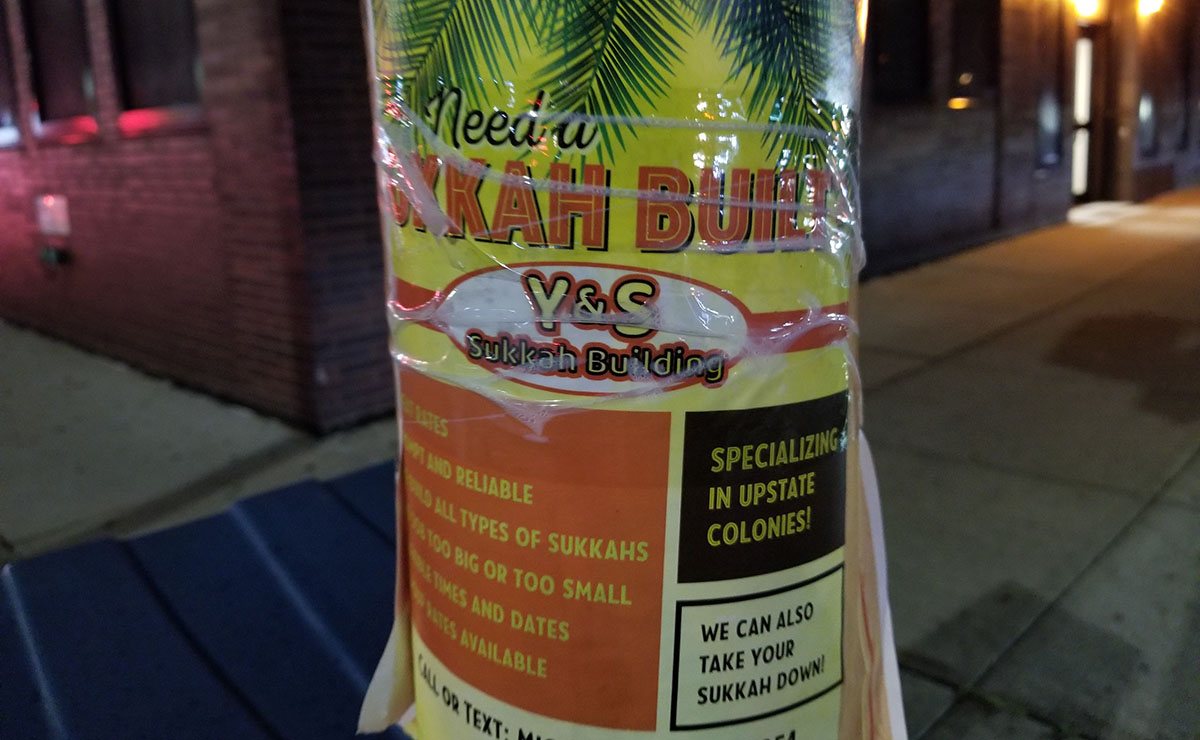 I am mixed about Sukkot. Part of this, or most of this, comes from my father. But, the other part of it is what Sukkot in my neighborhood has come to represent. Just as the New Year approaches, signs go up all over Midwood that read “Sukkah Builders” with a phone number and a picture of two men with yarmulkes on a ladder. The sukkahs in my neighborhood are extravagant. At Amazing Savings, the local store that sells everything for every holiday, sukkah decorations put December’s Christmas decorations to shame. Amazing Savings has 20 sequined apple tree pop-up ornaments to every NOEL sign. They have Jewish tinsel with stars of David hanging on each row. For a holiday that is supposed to celebrate the humble farm life of Israel’s land, sukkot has become like a Kardashian outdoor picnic.

Was it always like this? Is this why my father never put up the tent? The sukkah also represents the shelter that Hashem (the Jewish God) gave the Jews on their exodus from Egypt. When I really think about it, I’m pretty sure Hashem wasn’t stocking the shelves with plastic fruit at the Western Wall. But I really think about Sukkot this year because I have children and because this interfaith family stuff is hard. I know how I grew up (a Jewish girl from Brooklyn), Adrian knows how he grew up (a Catholic from Mexico), but how do we want our girls to grow up?

I ask Adrian about Mexico. “Is there a festival where you eat outside in Mexico, amor?” I ask him one day after Rosh Hashanah (the Jewish New Year). He laughs in my face and chokes on his gum. “What’s so funny?” I ask.

“Bebe,” Adrian says, “we eat outside in Mexico most of the time. At every party, every holiday and every special occasion, we eat outside. That’s not a religious thing, that’s a Mexican thing. We don’t need a holiday to eat outside.”

I try to explain the sukkah to Adrian the same way I tried to explain the sukkah to Adrian last year, but Adrian is convinced that it’s all a ploy for the sukkah builders and the Amazing Savings owners to make a quick buck. I tell him that he is completely wrong. “You’re totally wrong!” I say, “It’s a special holiday, it’s not like there’s a Sukkah Depot online selling sukkahs. These are small business people selling a simple and affordable sukkah for the holiday.”

Adrian opens his phone, types something in and then hands me his phone with the browser open to a page called sukkahdepot.com where you can live chat with an Orthodox Jewish man about the sukkah of your dreams and you can purchase a classic, royal or premium sukkah.

What am I supposed to celebrate in order for our daughters to grow up having faith in two faiths? Is Sukkot, a holiday I never celebrated as a child except on the stretch of Coney Island Avenue at school, supposed to be something I show them? Also, who is supposed to build the sukkah if I decide to get one, which I will have to put in my mother’s backyard because we live in a one-bedroom apartment with a fire escape.

“Would you build the sukkah?” I ask Adrian.

“Sure,” he says, “all the other Mexican guys in the neighborhood build them, I can too.”

“That’s so not true!” I yell and I point to the advertisement of the Jewish sukkah builders with the ladders. “See,” I say, “these guys build their own sukkahs.”

“Sure they do,” Adrian replies, “and there’s no Sukkah Depot.”

My father was too lazy to build the sukkah. But more than that he felt that building a sukkah was a way of showing people that we were Jewish, and this is something my father knew that he was. He never felt that he needed to prove his Judaism. Not to say that the people in our neighborhood growing up were trying to prove anything. They were celebrating their tradition of building the sukkah. But my father was celebrating his ability to stay Jewish and not build a mini hut in the yard.

And so this year I decided that faith is first about tradition and then about religion. Tomorrow, I am returning my sequined apple tree. I saved the receipt. I think I’ll get a glitter menorah instead. Hannukah’s coming soon and my oldest daughter loves to light the candles. 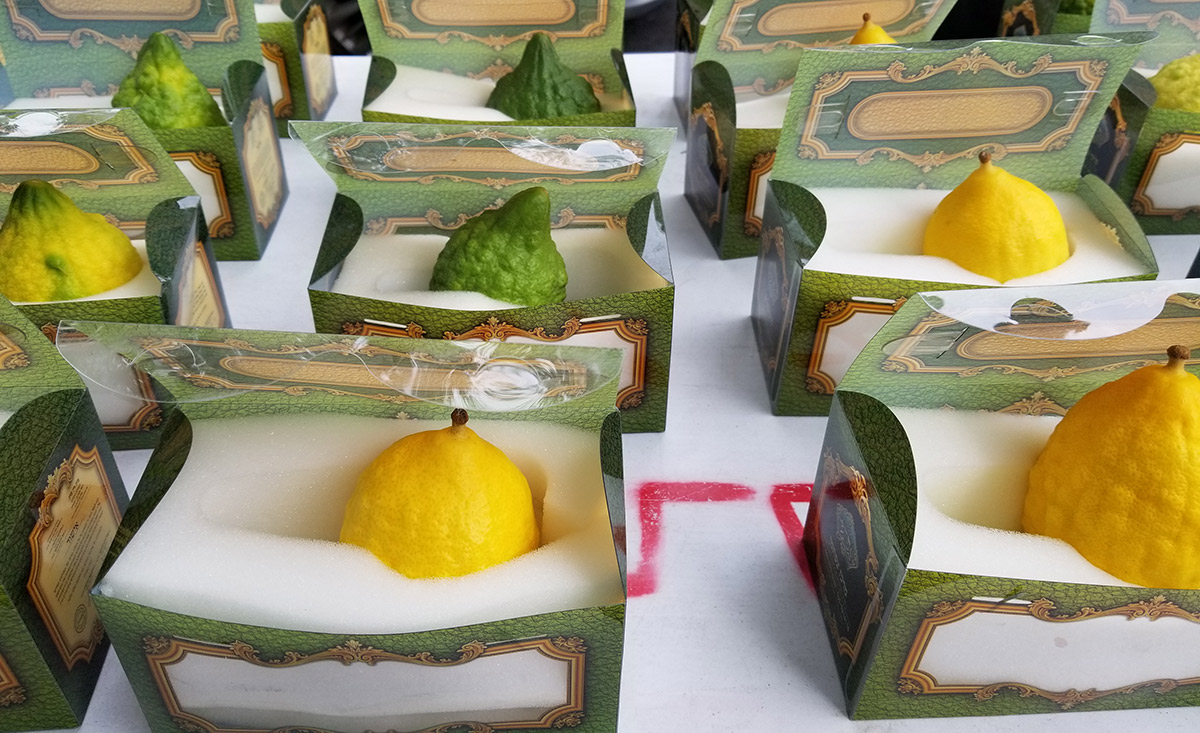 How To Celebrate Sukkot Without a Sukkah