We Aren’t as Different as My Neighbors Think 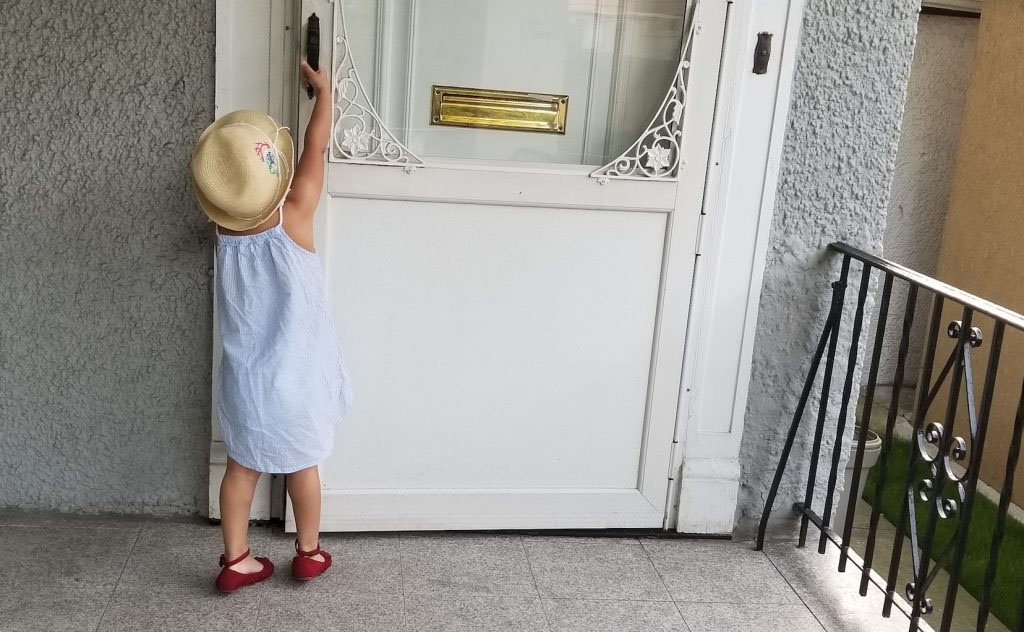 I grew up in an Orthodox community in Midwood, Brooklyn. My mother still lives there and I live three blocks away with my interfaith family. Growing up, our block was a mix of Orthodox, Reform and Conservative Jews. Now it has become strictly black hat Orthodox save for my mother and a few scattered homeowners who haven’t sold, and want to live out their days on a quiet secluded street–and us.

Because my mother has owned her house for almost 40 years, she has seen the neighborhood change. She has also seen an abundance of new neighbors knock down old houses and build new ones. And yet, it’s her next-door neighbors–I will call them the “D Family”–who seem baffled by my daily visitations to my mother’s house, with my American-Jewish-Mexican-Catholic family.

The D Family is an Orthodox Jewish family comprised of a husband, wife, four boys and three girls. The youngest boy, Baby D, is my oldest daughter Helen’s exact age. He is 2 1/2 and they were born days apart. Baby D stands on his porch on sunny days and when we go to visit my mother he shouts, “Hi, Helen!” His hair is long, following the strict Jewish tradition of not cutting a boy’s hair until he turns 3. The young girls wear long skirts and the boys wear the male head covering, the yarmulke.

The father of the D family wants to expand his house. On the left side of his house is another Orthodox family and on the right, my mother. At least once a year Mr. D asks my mother if she’s selling her house. Finally, last year when he said, “I saw your house listed,” my mother replied with a theatrical, “that’s news to me” then took a pause and continued, “Honey, you’ll be the first to know.” Mr. D seemed horrified that my mother had called him “honey.” He hasn’t asked again since.

Yet the relationship between my mother and the D Family is not contentious. The children love my mother. On holidays they knock on her door and bring her sweets. But, whenever I show up with Adrian and both of my daughters, well, things get weird. When Mr. D saw Adrian for the first time he asked him if he was one of the gardeners. When he realized that this handsome Mexican man was my life-long partner and father of my children, he felt embarrassed. Adrian didn’t mind. He is well aware that in a sea of black hats that swarm our neighborhood, our family stands out.

Here’s another thing. I wear jeans; not long skirts. In the summer I put a bathing suit on and fill the kiddie pool in the backyard. We run around without socks and shoes and when Helen was not even 1, I let her run around naked through the sprinklers. It was interesting to notice that the D Family children peered at us from their back window.

I understand the children’s curiosity and I grew up going to an Orthodox Yeshiva, seeing only other children strictly from my own background. My interfaith family and the D Family aren’t so many worlds apart. No family really is. The D family has barbecues on their back patio. So do we. Their children like to skateboard and play ball; so will mine. They go to school and smile and laugh. Sometimes they sell lemonade and in the spring humidity of Brooklyn, they say things like, “It’s too hot.”

So what divides us? Is it that I have a Jewish prayer for the home next to a statue of the Virgin of Guadalupe in my apartment? Is it that my children understand when I say hello in English, Spanish and Hebrew? Is it because my mother is of the old brassy Brooklyn era when people would say “Sweetie,” “Honey,” “Darling,” and then curse like a motorboat for 15 minutes? Is it our faith? I don’t think so.

The D family is unaware of how much faith we practice in my family. And I am unaware of how much faith they practice. They wear the traditional Jewish garb and so they are more visible to me as Jews. But, we are the same. I follow the same customs, and then my family also follows Catholic customs. Yes, Mr. D once thought Adrian was a gardener. He also thought that I was stealing my mother’s car one time before he knew me. I think this is because Mr. D is insane. But, the rest of his family is like my family.

The last time Helen opened my mother’s door, Baby D saw her from his place on the D Family porch. “Helen! Helen!” he yelled, “you look so pretty!” Helen is still shy and didn’t pay attention. I turned to him and said, “wait about 20 years, cutie.” Daniel smiled a toothy grin unaware of the strange threat we pose to his family, unaware of his father’s burning desire to bid on my mother’s house–a home she lived in with my father before he passed–understanding only kindness. 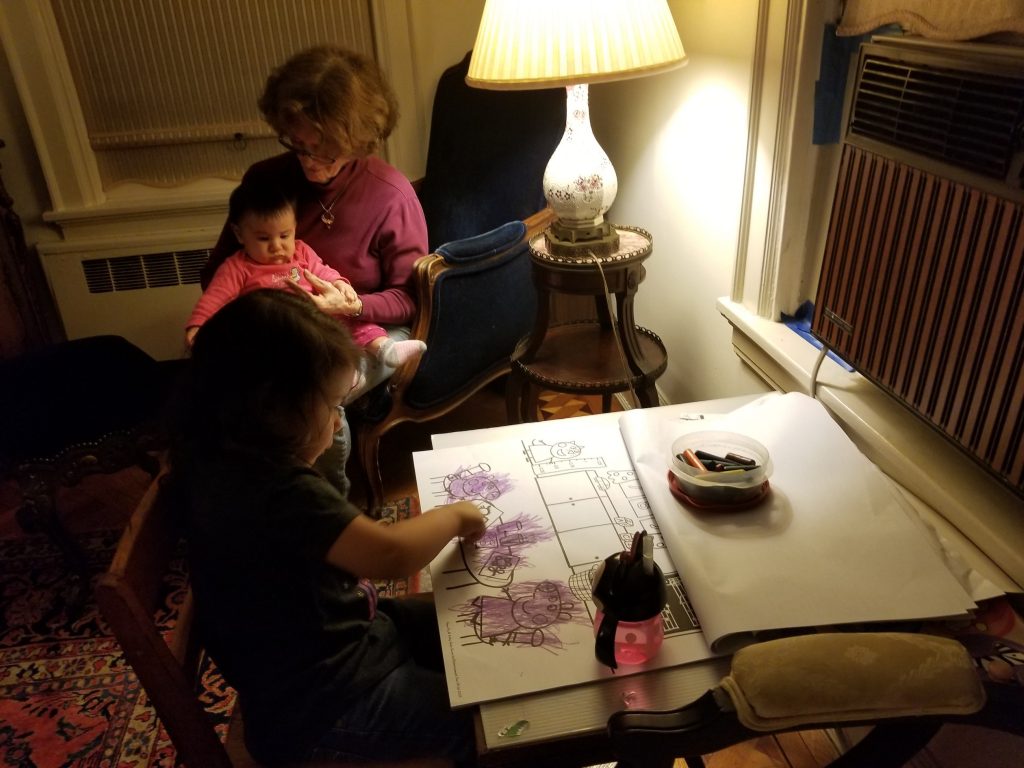