Top 10 Things We Learned from Our Passover/Easter Survey 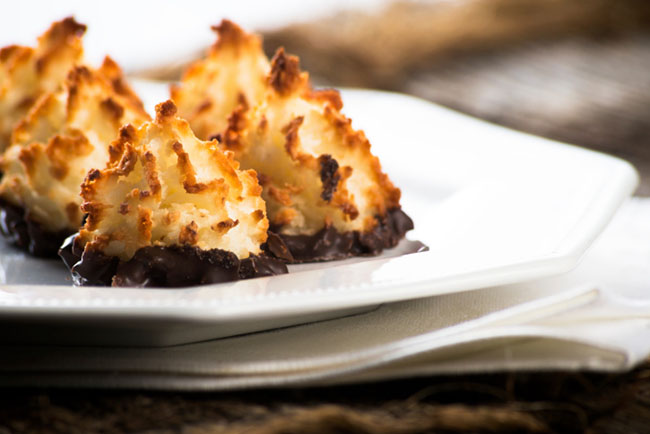 In March 2015, InterfaithFamily conducted its 11th annual Passover/Easter Survey to determine the attitudes and behaviors of people in interfaith relationships during Passover and Easter. The survey attracted 1,136 responses—an increase of about 21% over 2014. Of those 1,136 respondents, 730 said they were in interfaith relationships. Of those, 501 have children and of those, 444 (89%) are raising their children with some Judaism, though not necessarily exclusively.

1. Passover matters. The overwhelming majority of respondents—more than 92 percent—celebrate Passover, and for most, it had some religious significance. On a scale of 1 to 5, with 5 being “deeply religious,” 67% rated Passover a 3, 4 or 5. Only 7% said it was entirely secular. For those who were having or attending a seder—420 respondents—most said it would include a seder plate (94%), reading from a Haggadah or telling the Passover story (92%), food rituals like dipping parsley in salt water, making a matzah sandwich, etc. (93%), hiding the afikoman (85%) or discussing the meaning of Passover (76%). And going to a seder wasn’t new—99% had been to or hosted one before.

2. It’s about the kids. When asked why they celebrate Passover, the vast majority of respondents—more than 86%—said “to share the holiday with my children,” and “sharing the holiday with my kids” was also respondents’ favorite part of Passover. Almost 70% said they were looking for “ways to make the seder fun for kids.”

3. And food. 86% of respondents said they would be eating matzah as one of their Passover activities, with 49% following dietary restrictions for most or all days of Passover. And the resource people wanted most, next to ways to make the seder fun for kids? Recipes.

4. If you’re going to buy a Haggadah, Maxwell House is still the haggadah you count on. More than half who responded said they use a store-bought haggadah (54%), and of those, 25% were planning to use the Maxwell House Haggadah this year—more than any other haggadah mentioned, which we found surprising considering how many new haggadahs are on the market these days. However, of those who planned to use a store-bought haggadah, 36% were not sure/couldn’t remember which one and 26% said “Other” to the haggadah options we provided—using everything from Sammy Spider’s Haggadah to congregational haggadahs. More than 8% planned to use the 30 Minute Seder and 7% said A Different Night, The Family Participation Haggadah.

5. Interfaith families look for resources to meet their specific challenges. 41% of respondents were looking for resources to make the seder comfortable and meaningful for relatives and friends who aren’t Jewish, while 38% wanted help navigating the Easter/Passover overlap. 88% would be or might be interested in a haggadah specifically for interfaith families—we’ll have one ready next year!

6. Many interfaith families raising their kids with Judaism also celebrate Easter… About half of respondents (49%) said they would be participating in Easter celebrations this year, and another 16 percent said that they “maybe” would.

8. Easter is not seen as a threat to Jewish identity. Likewise, 62% don’t think celebrating Easter will affect their children’s connection to Judaism. (27% said not applicable, which may mean that Easter is not celebrated.) Said one, “It’s a secular celebration that’s basically just having food with family. I was raised Jewish and I still ate Easter candy, decorated eggs, etc.”

9. Most do not struggle or expect to struggle with observing Passover and/or Easter, but of those who do… Of the 444 respondents, 261 responded to this write-in question asking what they struggle with, and many of those simply said these holidays weren’t a struggle for their family. Responses included:

“My in-laws are extremely open and welcome my Passover traditions at their Easter meal—they regularly put out matzah, without a request from me, and make desserts that are flourless for my benefit.”

“None. We’ve been doing this long enough, we have it down,” another said, while a third remarked:

“I expect the same challenges that I experience in other areas of my married life with a partner [who is not Jewish]. There are many areas of negotiation with this part of our identities; we practice good communication in order to resolve and acknowledge differences. There [are] always going to be challenges of understanding, of belief and of acceptance.”

Of those who answered with a specific struggle, some cited in-laws and extended families, or balancing the needs of both partners or holidays. Said one, “We have wondered whether to let our son eat Easter candy that contains corn syrup during Passover,” while another struggled with “Restrictions on my children eating chametz or bread during Easter.” Some cited in-laws and extended families as a concern, or simply that the extended family wants their children to observe holidays differently than how they are being raised. Several people expressed frustration with these family members not understanding or appreciating the Jewish holiday or trying to balance everyone’s needs during the two holidays.

One respondent said “My Catholic Mother—she is trying very hard to be supportive, but struggles to find a way to feel connected to her grandchildren during holidays,” while a spouse said: “I love Easter merchandise: the colors, the bunnies, the eggs. I find all of it so cute but I don’t buy my daughters any of it because we’re raising them fully Jewish. It can be hard for me.”

10. Passover is a “lot of work” holiday. We were interested to hear why people think that surveys often indicate fewer interfaith couples participate in Passover seders than couples where both partners are Jewish. The overwhelming response was that Passover is a holiday celebrated at home and takes a lot of work; that it can be intimidating if it is not a holiday you grew up celebrating and the rituals are unfamiliar. As one person explained, “Passover is pretty involved. It’s a lot more than just showing up for a one hour service at a church. It takes a big commitment.”

Another said, “Try[ing] not to hurt anyone’s feelings, not having all the resources, not knowing where to start,” while a third responded, “It takes a serious time/travel commitment to attend one or both seders, especially if they’re during the work week. We typically return to my parents—a four-hour drive away—so if one member of the couple doesn’t take that commitment seriously, it’s hard to do.”