The Gift Of An Inclusive and Welcoming Community 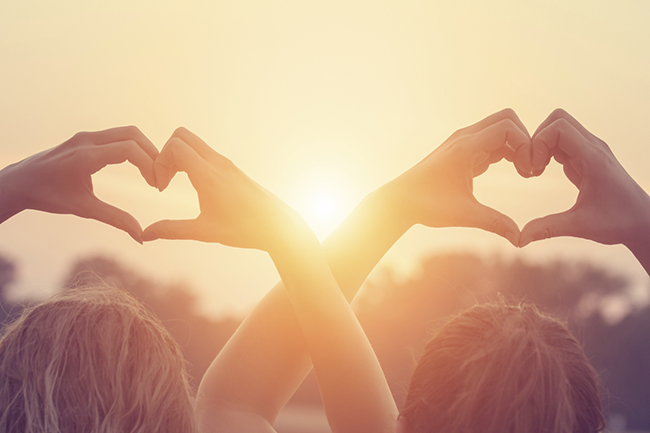 I met my friend Tracie at an interfaith moms event at my synagogue. She was friendly, and we bonded over her husband and in-laws being from the same part of New Jersey as me. Tracie immediately got involved and eventually joined the interfaith moms’ leadership team.

Tracie was raised Christian but was raising Jewish children with her husband. Actually, in many ways, Tracie was raising Jewish children on her own in a house that she shared with her Jewish husband. Her husband Bob’s connection to Judaism ebbed and flowed. There were times where he taught Sunday school and then there were times when he completely disengaged and even argued that it would be easier to let the kids be Christian.

Tracie let Bob wrestle with his Judaism even when his wrestling was hurtful to her. During these times, she never reneged on her commitment to create a Jewish home. In fact, she doubled down on Jewish engagement for herself and her children – adult Jewish learning and lay leadership for her; Jewish preschool, religious school and summer camp for the boys.

One of the things that always struck me about Tracie was her embrace of Judaism, its traditions, and teachings, and her resolve to make them a part of her and her family’s life. Tracie, a voracious reader and an eager participant in various Jewish learning courses, was so knowledgeable about Judaism that people were surprised to learn that she wasn’t Jewish.

One day, I asked her if she had ever considered converting. She said, “Why do I need to convert to become something that I already feel I am?” She wasn’t offended by my question, and as many conversations go with Tracie, we had a great discussion about identity, boundaries, norms and more. I assumed she would continue living as a ger toshav, a person from a different religious background who accepts and observes the Noahide Laws (the seven commandments which are said to apply to people who are not Jewish), and certain other Jewish religious and cultural traditions.

The other day, I ran into Tracie in the halls of our temple after not seeing her for a while. She was leaving a pre-bar mitzvah meeting with one of our rabbis and her son who is preparing for his bar mitzvah in December. We hugged. It was so good to see her. She looked happy and sounded excited about her son’s upcoming milestone.

As we talked, she said, “I need to schedule some time to speak to you. I’m ready. I’m ready to make it official.” I knew what she was talking about. “It” was Judaism. I was surprised but not shocked, and really, just excited.

One of the beautiful parts of my job as the director of community engagement at my synagogue is that I oversee conversion and get to share in the journey of those interested in choosing Judaism. The experience is even more meaningful when I get to walk the path to an “official” Jewish identity with a friend or someone I’ve known for years because of their involvement in our community.

In these situations, I’m reminded of the gift an open, welcoming and inclusive Jewish community is because it allows those from other backgrounds to explore Judaism in their own way and at their own pace with no pressure to convert. The willingness to patiently nurture Jewishness in everyone, not just Jews, enables many ger toshavs to take their place among the Jewish people when it is right for them, rather than for a communal leader, spouse or future in-law. I’m so glad to be part of this kind of community and to be able in my professional life to be part of these journeys to Judaism.