Should I Date a Christian Guy – or an Atheist? 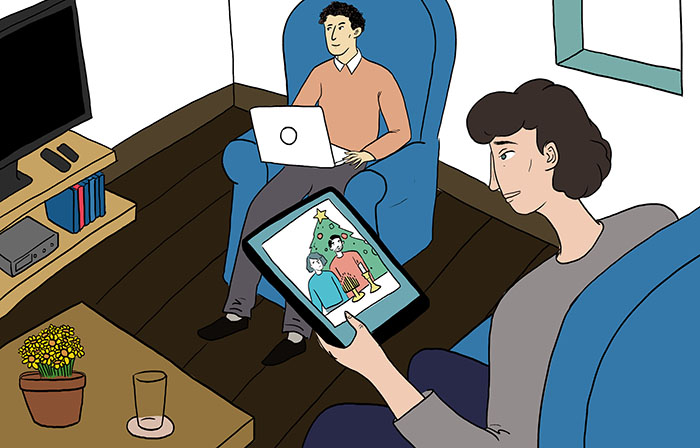 Seesaw, for five years I, a Jewish woman, dated a Christian man. We were in love, but ultimately we decided that raising an interfaith family didn’t feel right. I’ve since fallen in love with a man who has Jewish ancestry, but is an atheist and was raised by atheists and isn’t particularly culturally Jewish. As we’ve gotten deeper into the relationship I’m starting to feel as though this isn’t any easier than being with a Christian and in fact it might be harder. At least my Christian ex understood why religion matters to me; my atheist boyfriend just will never get it.

I just found out that my Christian ex broke up with his girlfriend and part of me thinks maybe my life would be better if we got back together, got married and started a family. Now, I know you can’t tell me who to pick, but perhaps you could tell me if you think my hunch about a Jewish-Christian partnership having the potential to be easier than a Jewish-Atheist partnership might have some logic to it.

Either Way, There’s Got to Be Respect

To begin with, it’s always impossible to fairly compare two relationships. It’s so much easier to find fault with someone current, and to minimize the problems of the past love, as they take on a nostalgic glow. So I’d tread carefully with that.

But regarding the more general issue of comparing these two scenarios, I’ll offer this: ALL marriages are intermarriages. No two people approach faith (or politics, or family, or psychology, or anything else) in precisely the same manner. So, on some level, we all have to evaluate relationships the very same way: by asking ourselves how well we respect our differences.

How respected do you feel by your current love, when it comes to these matters? Do you think he sees your faith as valid? I’m guessing you don’t want to raise kids with someone who sneers at your beliefs, and feels a right to do so, in part because his own grandparents shared that culture. Is that the case here?

Likewise, how much do you respect his perspective? Do you feel his views teach you things, help you broaden and grow? Are you open to the validity of his atheism? If, at your core, you don’t respect each other, no amount of shared lineage, or kugel, will help.

If your Christian ex is a true believer, you may find the same sort of dissonance in that relationship. But if you share a mutually pluralistic interest in faith, and love of ritual, it might, in fact, be easier.

I will say this, from my own personal experience: I was surprised and delighted when my Catholic in-laws were supportive of my need to raise my kids Jewish. And when my husband, though he’d turned away from his own faith, did the same. They all saw faith itself as important, and were willing to set aside their own preferences because of a more general belief in religion.

It would have been nice to share my traditions with someone who knew them already, where Judaism was a bond that strengthened our marriage. But it’s an equally special thing to watch my partner show interest — and respect — in my faith, despite the fact that it’s unfamiliar.

Laurel Snyder is the author of books like “Bigger than a Bread Box” and “Baxter, the Pig Who Wanted To Be Kosher” and lives in Atlanta. Find her online at laurelsnyder.com or on Twitter @laurelsnyder.

Click here to read the other responses to this question.

Laurel Snyder is most recently the author of Baxter, the Pig Who Wanted to Be Kosher (a picture book) and Penny Dreadful (a middle grade novel). She lives in Atlanta and online at www.laurelsnyder.com.