There’s a plethora of engagement, wedding and pregnancy news to report, including the exciting news that Chelsea Clinton and husband Marc Mezvinsky are expecting their first child. We followed their interfaith wedding closely on our blog, and continue to update you as they start a family. In nuptial news, Ginnifer Goodwin wed her Once Upon a Time co-star Josh Dallas on April 12. Goodwin, Jewish on her mother’s side, and Dallas, not Jewish, are expecting their first child later this spring. Mila Kunis who is Jewish and Ashton Kutcher who is not Jewish, revealed their engagement last month, and are also expecting a baby girl; no word on whether they’ll wed before the baby’s birth. Scarlett Johansson, who is cranking out movies like crazy—her latest is Jon Favreau’s comedy Chef, opening May 9—is working on a different production: The Jewish actress is pregnant with fiancé Romain Dauriac (not Jewish as far as we know).

Haylie Duff who is not Jewish, hosts the Cooking Channel show Real Girl’s Kitchen starting in June, and is newly engaged to Jewish clothing entrepreneur Matt Rosenberg. Christina Aguilera also has a pattern of wedding Jewish men. Divorced from Jordan Bratman, the father of her six-year-old son Max, she’s expecting a baby with her fiancé, Matt Rutler. Bachelorette Ashley Hebert (also not Jewish) and her husband J.P. Rosenbaum will welcome their first child later this year. So will Today’s Savannah Guthrie, who announced her pregnancy at her March 15 interfaith wedding to her Jewish groom, Michael Feldman. Mazel tov to all!

New on The Small Screen

The 2011 comedy Bad Teacher, starring Cameron Diaz in the title role, has inspired a TV version with Ari Graynor as a broke former trophy wife who poses as middle school teacher to find a rich single dad to marry. Known best for the movies What’s Your Number?, Nick and Norah’s Infinite Playlist and The Guilt Trip, the native Bostonian, born Ariel Geltman Graynor, was raised in her mother’s Jewish faith (her father is Polish-Catholic). Joining her in the cast is The View’s Sara Gilbert, also Jewish, who married Linda Perry, who is not Jewish, on March 30. Bad Teacher premieres April 24 on CBS.

New on The Big Screen 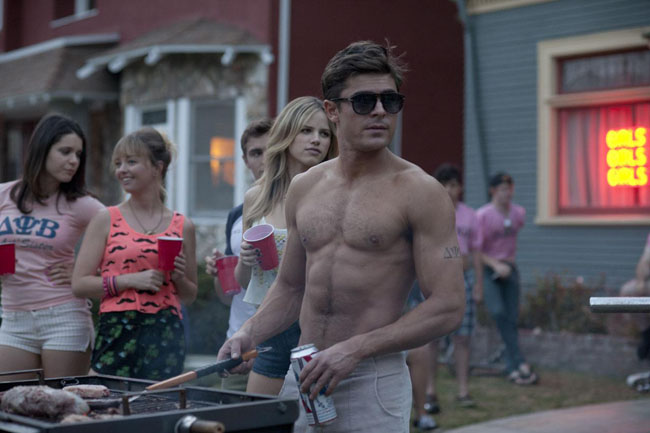 On May 9, Zac Efron faces off against Seth Rogen in the comedy Neighbors, about a couple (Rogen and Rose Byrne) who can’t get any sleep thanks to their newborn baby and the hard-partying frat house next door, where Efron’s character Teddy resides. Efron, who has a paternal Jewish grandfather, next films the legal thriller The Associate, based on the John Grisham novel. His 2013 movie Parkland, set at the eponymous Dallas hospital on the day of the JFK assassination, begins its pay cable run on Starz on April 16. 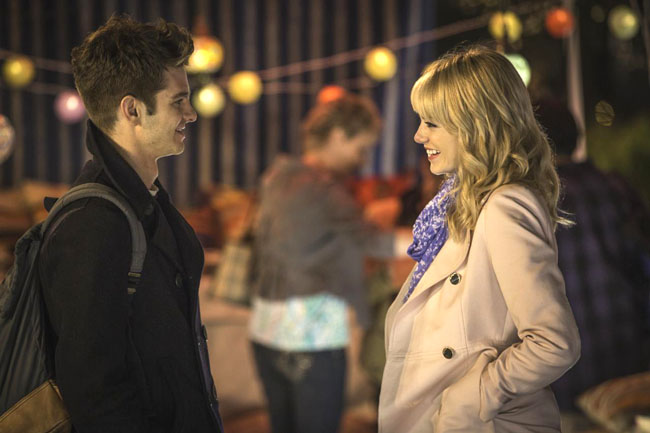 Jewish actor Andrew Garfield returns as Peter Parker in The Amazing Spider-Man 2 on May 2, with his real-life girlfriend Emma Stone who is not Jewish, reprising her role as Gwen Stacy. The pair have been a couple since they met in 2011 on the first Amazing Spider-Man, and are slated to shoot a third installment for release in 2016. 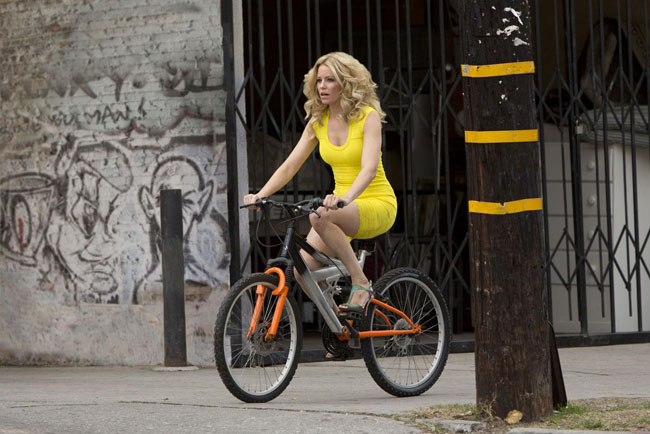 Elizabeth Banks, who embraced Judaism when she met and married her husband Max Handelman, stars in the romantic comedy Walk of Shame as a reporter whose one-night-stand turns out to be a major mistake: He leaves her stranded without a car, phone, ID or money and only hours to make it to a job interview. It hits theaters May 2. 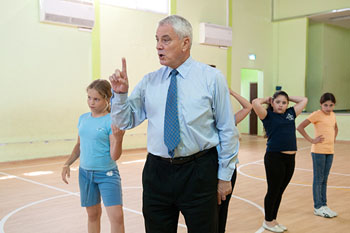 You may remember the 2006 film Take the Lead, in which Antonio Banderas played Pierre Dulaine, who taught inner-city New York fifth graders how to ballroom dance. Two years ago, the real Dulaine went home to his native Jaffa, Israel—the first time since he emigrated with his parents as a child—on a mission to bring Palestinian and Jewish children together on the dance floor. The resulting documentary, Dancing in Jaffa, is a lovely testament to interfaith cooperation and one man’s determination to change things for the better. Opening in Los Angeles on April 18, it will hit theaters around the country in the coming weeks.

Lea Michele can cross one dream role off her wish list: starring in an animated movie musical. The Glee star—whose father is Jewish—voices the title character in Legends of Oz: Dorothy’s Return, a 3D sequel to The Wizard of Oz that finds her on a mission to save her pals Scarecrow (Dan Aykroyd), Lion (Jim Belushi), Tin Man (Kelsey Grammer) and Glinda (Bernadette Peters) from a new villain, Jester (Martin Short). Bryan Adams wrote the songs for the movie, which is set for a May 9 release.