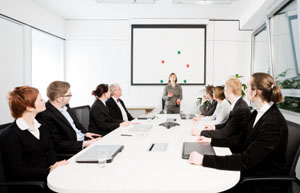 I sometimes feel like I am one of many circus performers juggling a variety of hats while the audience watches to see if I drop one—but the circus is my synagogue and the audience is my fellow congregants. My goal is not to make anyone laugh or watch in awe but simply to maintain the peace while moving the show forward in preparation for the next act.

At my small, century-old, Conservative synagogue in the western suburbs of Philadelphia, I was the facilitator of the Interfaith Work Group, a group that met for many months for the purpose of clarifying and then codifying our synagogue’s policy on membership for interfaith couples and families. This means I had to wear and juggle my many hats at once. And for that, I had to learn about balance.

The Interfaith Work Group was born of a conflict. The conflict began when several interfaith families were preparing for their children’s B’nai Mitzvah and the parent who was not Jewish realized that, according to Conservative tradition, he or she was not welcome to stand on the bimah. Even the father who was not Jewish but who’d served on several committees, was an active part of the community and had studied Hebrew alongside his son, could not stand at the Torah with his wife when she said the blessings before and after the Torah reading.

Then there was an aufruf for a young woman and her fiancé who was not Jewish and, even though her family had been active members of the synagogue for 50 years, not only could they not be married by our rabbi, but they couldn’t come up on the bimah to receive a blessing. These interfaith families felt slighted at best, rejected and insulted at worst. So the Rabbi changed the rules; without crossing the lines of Halacha, she declared that the bimah was accessible to all—that the parent (who was not Jewish) of the Bar Mitzvah boy could stand at the Torah and that the young couple could receive the blessing on the bimah.

And then the backlash began. Some of the elders and more traditional long-time members of the congregation felt slighted at best, rejected and insulted at worst. For decades, they had poured themselves into “the way we’ve always done things.” They felt that these changes were a watering-down of Judaism. Some got angry. Some left.

The Interfaith Work Group was a small cross-section of all of the above constituents that came together to get the facts straight (from the Rabbi about issues of ritual inclusion and Halacha; and from the Board about issues of governance), and then to clearly articulate these policies through the synagogue’s website.

My learning about balance came from my utter failure at facilitating the Work Group. The facilitator needed to be impartial, to lead the group without taking sides. Despite my many hats, I wanted to forge ahead with change. I wanted both Jews and those who are not Jewish but who are part of Jewish families to feel fully included in all aspects of our community. I wanted all of the young, prospective interfaith families in Chester County to flock to us, to think, “Now this is the kind of Conservative synagogue I want to be a part of.” I wasn’t particularly balanced.

Only by listening to one another and allowing ourselves to wear one another’s hats for a moment can we truly appreciate that this change is a process of growth for us all. The reality is that we all need to be jugglers—we need to understand one another’s many motivations, question the familiar and approach one another with kindness in order to truly facilitate the evolution of our Jewish population.

The product of our labor can be found here.

Is your synagogue struggling with policy issues and halacha? Do you have a policy document? Share your policies and experiences with our community. We can all learn from each other.