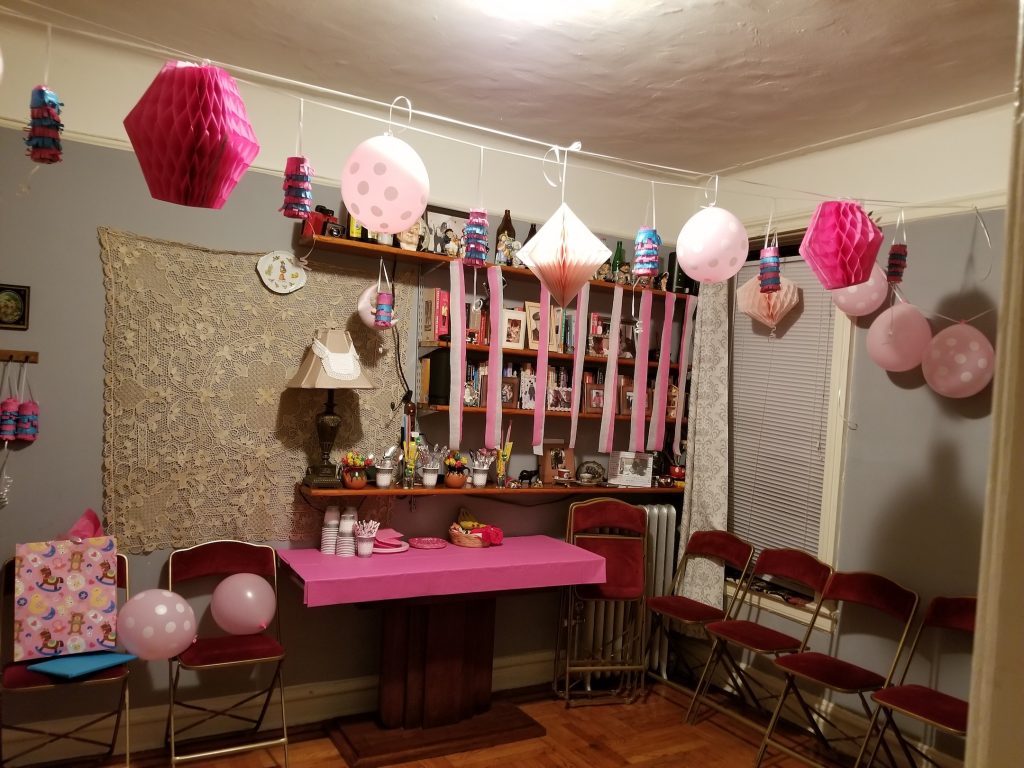 I can’t believe my first baby girl is already 2! In the beginning of this journey into parenthood I can remember the wise women of the synagogue next door to our apartment shouting, “Enjoy this time! It goes so fast,” as Adrian and I whisked Helen off to the park, to doctor’s appointments, to family functions and to the market. There was something the knowing eyes of those women told me that only a look can convey. Now, two weeks after Helen’s birthday, I understand what they meant.

Adrian and I wanted Helen to have a birthday that represented our family and who she is. For three nights before the big day I stayed up until two a.m. drinking coffee and making mini piñatas. I found a link on YouTube to a very organized young woman who seemed to know her way around a hot glue gun and party paper. Because of the recent damage done to Adrian’s village in Mexico, I also wanted to make the Mexican/Catholic tradition more visible this year so that he would feel included.

The one major event my American Jewish family and Adrian’s Mexican Catholic family have in common is that we love to party! We also love to decorate and cook and we love the element of surprise. I’ve also hated the color pink since I was a child but once I had Helen all of that changed. I was the toddler with the black converse sneakers, black jeans and black t-shirt. My daughter has become everything rainbow and butterflies have to offer. This too may change, but I doubt it.

Our menu was a mix of American and Mexican and so was our guest list! I made a cheese spread, a vegetable platter and fruit for the kids. I scoured Pinterest for ideas of how to make the snacks kid-friendly and I ended up spending over 45 minutes trying to get a red bell pepper and four slices of cucumber look like a train car. The cake was tres leches with Peppa Pig on the top. But the night before Helen’s big day was probably the most special for us as a couple. 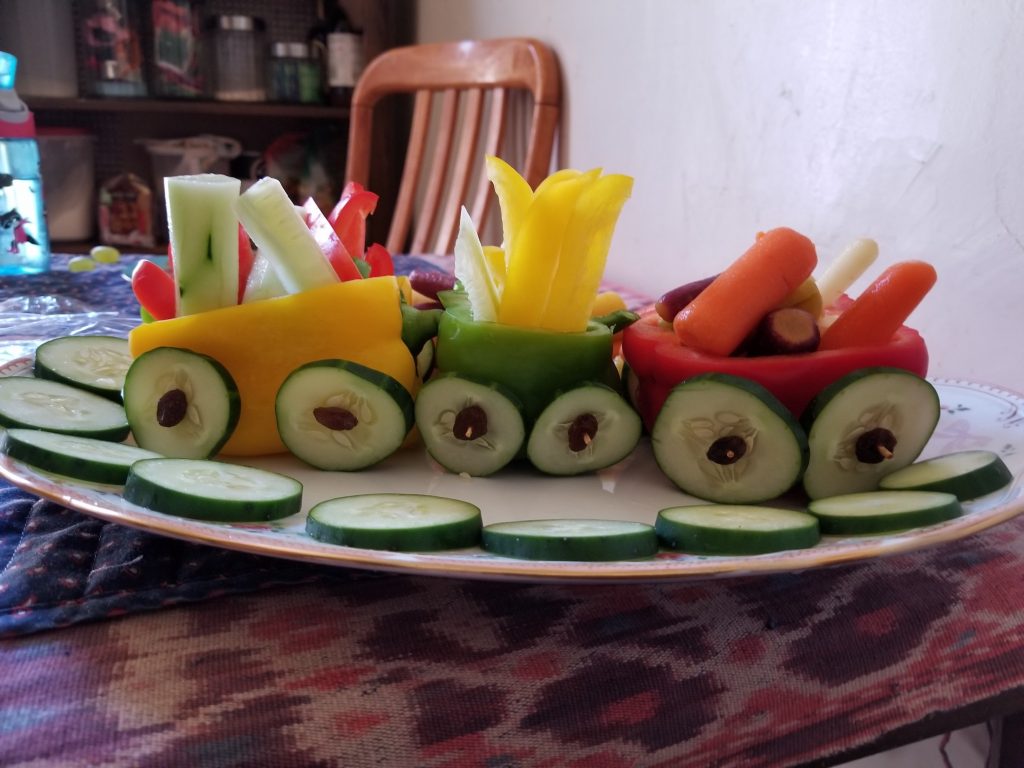 As soon as Helen went to sleep, Adrian and I started moving furniture and blowing up balloons. We wanted Helen to wake up to a living room filled with piñatas and balloons. As we decorated, we spoke about how amazing the decision to start our interfaith family was. We remembered thinking that it was going to be hard to balance two religions, two traditions and two vastly different cultures. But then we laughed while we wrapped Helen’s gifts, which were: An Abby Caddaby doll, giant Hebrew flashcards and a book in Spanish and English. What could be difficult about real love?

We hung up most of the balloons but let three loose so that Helen could play with them in the morning. As soon as she woke up she walked into the living room and said, “buuubuuu.” That’s her version of “balloon.” I think that’s because in Spanish the word balloon is “globo” and she mixes the sounds. She loved the balloons and the gift-wrapping more that the actual gifts. She did yell, “Abbyyyyy” a few times before she threw the Sesame Street doll on the floor and went after the balloons again. 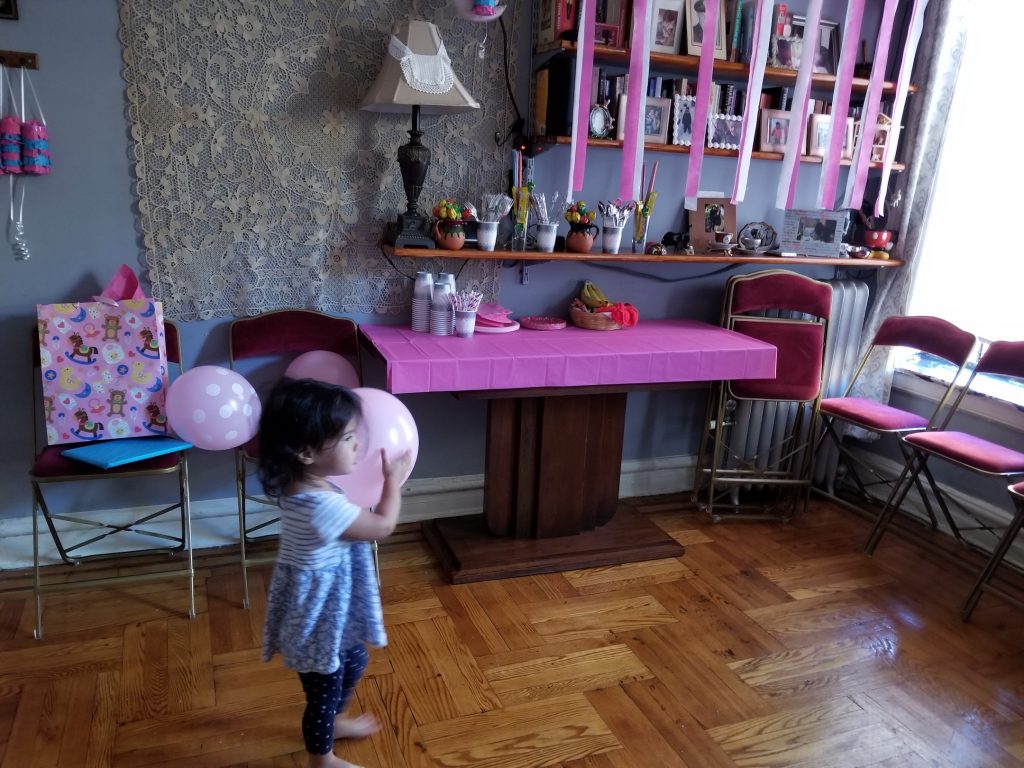 That day we ran around Brooklyn getting the last few odds and ends for the party. Finally, at six o’clock the guests began to arrive. My mother was the first, of course. She couldn’t wait to give Helen her gift. Because Adrian’s mom is in Mexico, my mother fills in for her and bought Helen two gifts, one from Grandma and one from Abuela. Then my nephews trudged up the stairs of the apartment and I could hear my sister-in-law and my brother behind them. Finally, Adrian’s brothers came, all four of them!

Our apartment is a small one-bedroom but people are always surprised at how many guests we can squeeze into such an intimate space. As I brought out the snacks and Adrian began making his cheese enchiladas, I looked around at our diverse living room. There was happiness and celebration all around and Helen was so surprised.

After we ate and opened gifts it was time to cut the Peppa Pig cake. My nephews love chocolate cake but this cake was filled with strawberries, peaches, cream, condensed milk and vanilla cake. Tres leches cake is traditional in Mexico and when it’s done right it tastes like a sugary cloud. We turned off the lights and first played “las mañanitas” on the stereo. This is a traditional Mexican birthday song. Then we sang Happy Birthday in English.

My nephews were shocked when they saw that the cake wasn’t chocolate and even more shocked when they tasted how delicious it was. They are just three months older than Helen and they love her. They ran around after the cake cutting singing, “Helen Rose, Helen Rose, Helen Rose.” And I wonder what Helen wished for when she blew out her candle. Was it a pony? Was it candy and ice cream? Or was it my wish? That our house, no matter where we live, will always be filled with two religions and love that knows no limits. 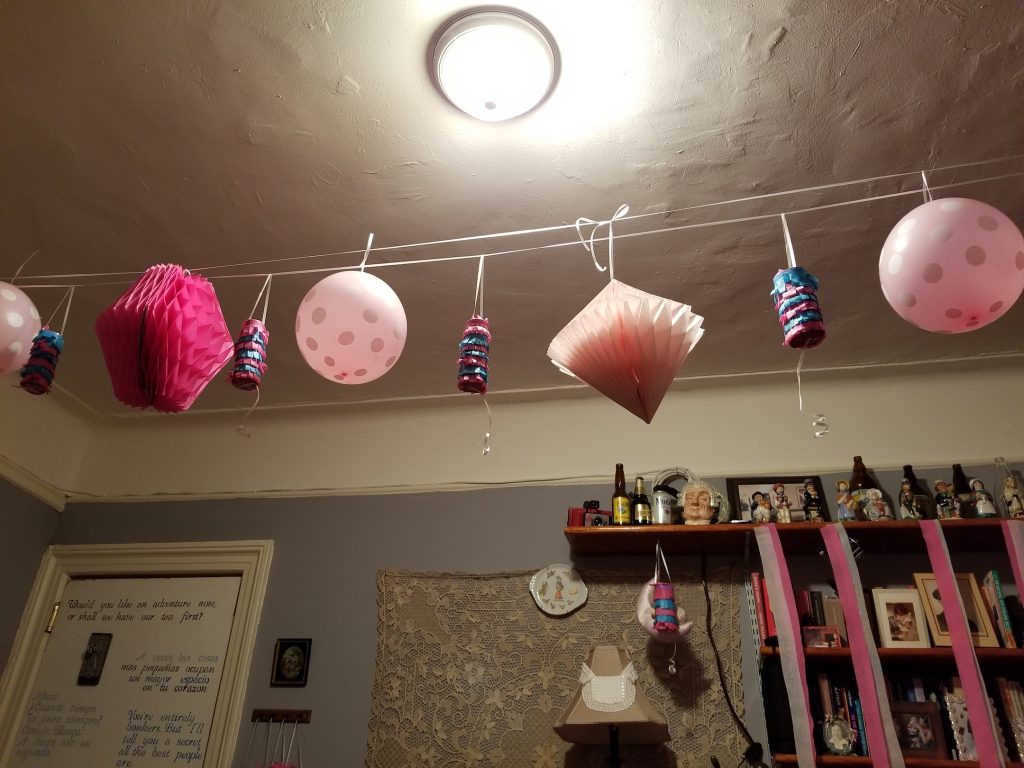