Fasting on Your Wedding Day

Ash Wednesday fell this past week.  The holiday marks the beginning of Lent, a period of penance, fasting, and abstinence in the Catholic faith, as well as many other Christian denominations. Ash Wednesday is one of the two days during the liturgical year that Catholics between the ages of 18 and 59 observe a fast; the other is Good Friday (which happens to fall on Anne’s birthday this year).

My first introduction to the concept of a Catholic fast was Ash Wednesday two years ago, when Anne and I had been dating for only a few months.  She had told me that she was fasting, but had asked me to have dinner with her that night. I thought that was strange, and upon further questioning found out that a Catholic fast means partaking in only one full meal throughout the course of the day.  Also, during the Lenten season (between Ash Wednesday and Holy Saturday, the day before Easter), it is customary to abstain from a pleasurable activity.  Among the most common are giving up sweets or Facebook.  Alternatively, a Catholic could also consciously perform an action throughout the Lenten season to bring himself or herself closer to God, such as pray more often, forgive more easily, or complain less frequently.  Finally, during Fridays in Lent, Catholics do not eat meat.  As with kashrut, in which it is considered pareve (neither dairy nor meat), fish is not considered meat for the purposes of the Lenten abstention. 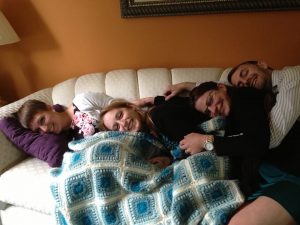 The two most well-known Jewish fast days (Yom Kippur, one of the “high holidays”, and Tisha B’Av, the date commemorating the destruction of both Temples in Jerusalem) require abstinence from not only food and drink, but also washing, applying perfumes, wearing leather shoes, and engaging in sexual relations.  These fasts last 25 hours, and take place from sundown to sundown during the holiday.  For those of you who’ve never tried it, it can be really tough to go without anything to eat or drink for a full day!

I bring this up on the Wedding Blog because it is traditional for Ashkenazic Jews to fast from sunrise until after the ceremony on their wedding day.  This is because the sins of the bride and groom are forgiven as they begin their new life together. In that way, the wedding functions like Yom Kippur, one of the most holy days in the Jewish calendar.  I intend to uphold this tradition during our wedding, fasting from sunrise until our Yichud, a ritual in which the bride and groom are secluded in a private room for about 15 minutes immediately following the conclusion of the wedding ceremony.

Our wedding is less than two weeks after Yom Kippur.  Normally I’d be concerned about my ability to endure two fasts in such quick succession, but this is one of the reasons why our ceremony will be over at 4:30pm!  In any case, I’m looking forward to a pair of meaningful fasts in the month of October.

How We Wrote Our Own Interfaith Ketubah

Getting Married Without My Parents’ Blessing