Everywhere You Go There’s Always Someone or Something Jewish

A week before Thanksgiving, I stood in the doorway of a building on Skulagata, a street in Reykjavik, Iceland, with my husband and son looking out at the North Atlantic and trying to find shelter from the blustery wind that was making the 30-degree evening feel much colder. We were waiting for our tour guide to pick us up for our search for the Northern Lights. Other tourists were waiting to be picked up by other tour operators. I started talking to a young American woman who was traveling alone. Our conversation turned to the election. I mentioned that I was concerned about some of the president-elect’s choices for advisors because of their association with the alt-right movement.

We talked for a few more minutes and then our guide arrived. The woman and I wished each other good luck in finding the Northern Lights and safe travels. As we drove out of the city, I smiled and started quietly humming the opening lines of Rabbi Larry Milder’s famous Jewish tune:

Wherever you go,
There’s always someone Jewish.
You’re never alone when you say you’re a Jew.
So when you’re not home, and you’re somewhere kind of newish,
The odds are, don’t look far, ‘cause they’re Jewish, too.

Milder was right; even in Iceland, which has a permanent Jewish population of about 100 people, it wasn’t hard to stumble across a fellow tribe member. After Iceland, we traveled to London, with a Jewish population of 172,000. I can’t say if we met any Jewish Londoners, but we did see a few Hasidic Jews snapping photos of Buckingham Palace as we walked back to our flat one evening, and we took in some Jewish history.

We walked through biblical times at the British Museum, which has a large collection of archaeological material and ancient art from Mesopotamia, Iran, the Levant (Syria, Jordan, Lebanon and Israel), Anatolia (Turkey), Arabia and Central Asia and the Caucasus. Highlights of the collection include Assyrian reliefs, treasure from the Royal Cemetery of Ur, the Oxus Treasure, Phoenician ivories and the library of cuneiform tablets from Nineveh. Items from Ur, Abraham’s home which he left for Canaan, and Nineveh, mentioned in Genesis 10:10-12 as the home of Nimrod and again in the Book of Jonah, brought the stories of the Torah to life.

The Assyrian Flood Tablet, which tells the story of a plan by the gods to destroy the world using a great flood, was startlingly similar to the story of Noah. Utu-napishtim, a character in the Epic of Gilgamesh, was warned in secret by the god Ea that humankind would be destroyed and told to build a huge boat to ensure the survival of humans and animals. Birds were released from the ark before it landed safely.

This item was of particular interest to us because Noah is my son’s Torah portion for his bar mitzvah. It was cool to look at his parsha written not in Hebrew, but in cuneiform! And versions of this familiar story existed at least 1,000 years before the Assyrian tablet. This object sparked a conversation about how Judaism developed and evolved from and in response to other ancient societies, and how the writers of the Torah made important stories from other cultures part of Jewish literature.

From the Bible, we jumped in Jewish time to the 17th century and the Spanish Inquisition by way of lunch at Kerbisher & Malt, a fish-and-chips restaurant. We learned that fish and chips have Jewish roots—Spanish and Portuguese Jews who fled the Inquisition introduced the crispy, light fish to the British. Typically, street vendors sold the fish from large trays hung from their necks. In the 1800s, fish shops, or “fish warehouses,” were serving fish with bread or baked potatoes.

Encounters with other Jews and discoveries of Jewish connections are intriguing because they remind us that we are part of something bigger, that our family extends beyond our family tree to include a community we feel connected to but do not know personally. This bond created between Jews by shared history and experience is called peoplehood. And it’s best learned through engagement in Jewish life. 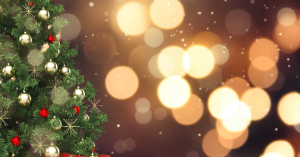 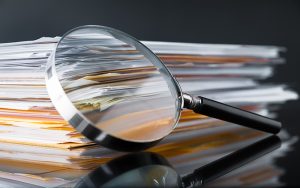 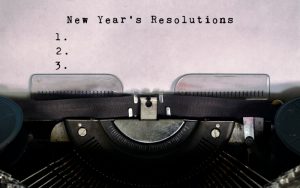