The process of conversion has, from my experience, many “fill in the blanks” moments. Hatafat Dam Brit, ritual circumcision for those already circumcised, was certainly one of those. My rabbi informed me early on about the requirement, and many months or even years of reflection and study came and went before doing something about it. A guy, naturally, has questions, but a guy typically does not want to be a wuss. I later figured out that even if I had asked very specific questions on this particular topic, the authorities in my synagogue would not have known the answer to many of them. Conversions, particularly male conversions, were not regular events. No frequently told anecdotes informed the process. Google at that time was just a gleam in two college students’ eyes. No relevant websites, like the one you are on, provided reassuring information for potential Jews-by-choice. So, I was on my own with blanks to fill in.

Parts of Reform conversion can be very personal, individually tailored. That presents an opportunity for adventure. One could visit a mikvah (ritual bath in a flowing water pool) to take a tour and talk to people just to get comfortable, just to know. Or, alternatively, one could leave it all to conversion day, just to maximize the moment and the spirituality of the first-ever experience. That’s what I did. That’s also what I did with Hatafat Dam. I could have asked lots of questions, revealed anxieties, extracted answers somewhere, and gone into the procedure without a care in the world. Instead, I went clueless, driving an hour to a strange address to meet an unknown mohel/rabbi for I knew not what. Questions of pain and procedure, I must admit, surfaced for consideration along those lonely miles. For comfort, I fell back on my late father’s oft expressed “In for a penny, in for a pound” and my own “How bad could it be, really?”

So, getting to the point, so to speak, what happened? I found the synagogue and proceeded to the rabbi’s office. I remember a short, friendly conversation and then mutual agreement that we should get down to business. Hatafat means “drop” and dam means “blood”. The object was to get that drop from the area where the foreskin would have been. That means “the side,” not the tip. This is an important distinction. At least one distinguished rabbi asked me later which it was. The operating theater was somewhere around the rabbi’s desk and couch. It appeared to be a nice clean desk. Lots of books. An alcohol swab, a sterile lancet like those used for getting a drop of blood from a finger tip, and a quick jab in the side resulted in no pain and ? what shall we call it? ? a small drop of blood? Some might call it half a drop. (Advanced readers: Would that be a hatafátele?) Some might call for a more determined effort. Some might never be pleased. “My” new mohel said, “Good enough.” There might have been a blessing. I’m not sure. I was suffused in the boundless relief and the “I guess I’m a pretty tough guy” part of the experience. You can get that if you insist on remaining clueless beforehand.

The rabbi filled out a nicely formatted certificate to grace the family archives and be handy for some unidentified future purposes. I don’t remember having to show my documented proof to my rabbi and cantor but maybe cowards or schemers have been known to falsely claim, “Yes, I did it.” Unlikely, but anything is possible. Later on, I drove home, composing an understated story for my loved ones of a novel and meaningful event with implicit undertones of raw courage and steely resolve.

Conversion can and, in my case, did involve many deeply spiritual and gently beautiful moments. These are etched in my memory clearer than yesterday. I would not be honest if I suggested that Hatafat Dam Brit was one of them. Not for me. Others may have had very different experiences, but for me it was just something that needed to be done for specific reasons. Sometime during or shortly after, I thought about my affirmed covenant with God and greater Israel. The ritual had meaning and purpose in that regard. But it does not rank up there with my sons’ bris (brit milah), their circumcision ceremonies at 8 days old. No joy, no tears and no food.

With Google now indispensable, I searched this topic to check spelling and suchlike. I learned that my experience was and is not necessarily standard or typical. For example, one entry discussed the necessity to hold up the cotton gauze smeared with the hatafat for inspection by three witnesses. I didn’t have to do that. The prospect of an audience would have put me over the edge or forced me to resolve many anxious questions. Who would I invite? Who would want to be invited? Strangers or friends? Anonymity or endless jokes at my expense? Are video cameras permitted? What exactly was going to occur so I didn’t let myself down in front of a crowd? As I said, none of this happened, but it easily could have to someone habitually winging it like myself. “You didn’t know? That’s how it’s always done. Someone should have told you.” So if reading this short article takes away some of the adventurous mystery of just showing up for a Hatafat Dam Brit, I?m sorry. But most importantly, it doesn’t hurt. 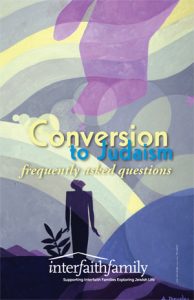 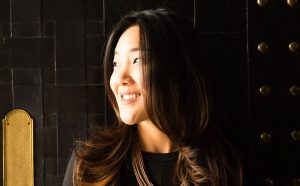 Choosing to Convert, Yet Hesitant

Why Choosing Love Didn’t Mean Conversion for Me 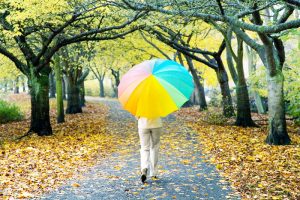