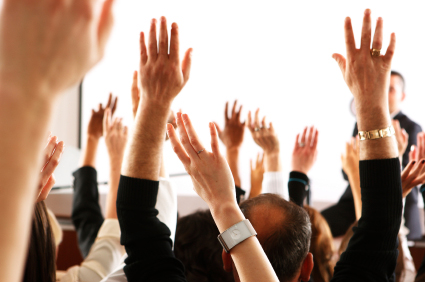 As I prepared to publish this post, I hesitated for a second, as hopefully many of you who read my posts also read Jane Larkin’s musings, and we were both moved to write about Jewish learning this month.  But I’m sticking with it, because our coinciding themes must mean that it’s important, right?  With all of the emphasis on back-to-school for our kids, it seems like a good idea to think about the possibility of back-to-school for us grown-ups, too.

I sit on the alumni advisory committee for Parenting Through a Jewish Lens, a fantastic program offered by Hebrew College and Combined Jewish Philanthropies (Boston’s Jewish Federation).  At our kick-off meeting for the year, we did an icebreaker where we all answered the question, “What is the best-kept secret about PTJL?”  We shared lots of ideas, but the thing that stuck with me was the comment of the woman who spoke after me: “Its better than date night,” she said, “because unlike on date night, when you feel pressured to have a great time, to not be tired and to think of fun and interesting things to say, the curriculum is filled with interesting things to talk about, the babysitting is free, and you can easily connect with your partner without any pressure.”

Now, I love date night, and I won’t go so far as to say that a Sunday morning class is better than a night out on the town…and I even think that my friend from the committee might admit to a little hyperbole in her comment.  But having had two Jewish learning opportunities with my husband, the most recent one two years ago with one kid in (free) babysitting and another on the way, I get what she’s saying.  First, because there always is a little more pressure to make the most of every minute of a date than there was before kids, and second, because taking Parenting Through a Jewish Lens with Eric was really great.

When we signed up for a Jewish parenting class, I imagined it would include some aspect of a rabbi telling us “the rules” of being a Jewish parent (this sounded helpful enough to me).  Once we started, though, I realized that just telling us “the rules” wouldn’t be very Jewish.  Instead, the class was about studying direct texts, trying to understand who we are as individuals, co-parents, and children ourselves, and hoping that doing that would help us to be better parents.  It is so hard in our everyday journey to not just be parents, but to think about how well the parenting we are doing lines up with our hopes about the kind of parents we want to be.  We were lucky in that the structure of our class supported just that kind of thinking.

That in and of itself was pretty great.  But here was the icing on the cake: with Ruthie in babysitting down the hall, we had 90 minutes every week to be grown-ups together, to learn new things and talk about stuff that really matters.  And it turns out we really like learning together.  To hit a pause button every week and do something totally different…it would be pretty special no matter what we were doing.  And all the luckier that it was about the intersection of parenting and values, two things about which we share a passion.

So here’s my multi-pronged pitch.  First of all, if you live in the Greater Boston area, sign-up for PTJL this fall, or at the very least put it on your to-do list for next year.  If you don’t live in Boston, or PTJL’s not your thing, ponder the idea of studying something new with your spouse.  It doesn’t have to be something about your parenting, but anything that stretches your brain a little bit will probably ultimately benefit not just you, but your kids as well.  [For those of you who live in areas where IFF has offices, you can take advantage of parenting and relationship classes and workshops in Chicago, Philadelphia, and the San Francisco Bay Area. So I hope everyone’s had a good back-to-school month for your kids.  And I hope you get back-to-school, too.