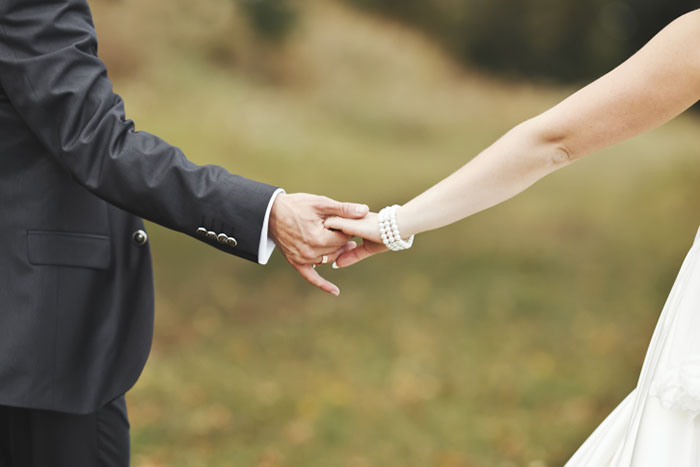 I had a very interesting day yesterday.

It started with a phone interview with a graduate student in journalism writing a story about Jewish-Muslim relationships. She had a Jewish parent and a Muslim parent herself, and was involved with a group of young Jewish-Muslim couples. She told me that some of them had decided to raise their children with Judaism and some hadn’t decided. I told her that at InterfaithFamily we are always interested in what influences some interfaith couples to get involved in Jewish life or not.

She said she thought that Jews were “exclusivist” and told me that one couple in the group approached a rabbi, I think she said about conversion, and the rabbi made a comment about Arabs and breeding that was so derogatory I don’t want to repeat it here. She couldn’t see it, but my jaw dropped, it was such an insulting and ignorant comment.

But sadly I shouldn’t have been surprised. I immediately thought of a good friend in the San Francisco Bay Area, not Jewish herself but active in her Reform synagogue, who reported last year that a woman at the synagogue said in her presence “we Jews are dumbing ourselves down by intermarrying.” My friend – herself at the highest level of anyone’s intelligence scale — was so shocked at how insulting the comment was that she couldn’t immediately respond. And then I thought of a survey that a major city federation asked me to analyze a year or two ago in which one couple said that at a Reform synagogue someone who learned they were interfaith said “maybe people like you would be more comfortable” at some other synagogue. It’s hard to believe that these comments are true – yet they keep on happening.

After the phone call I went to a terrific event at the Brown-RISD Hillel co-sponsored by the Genesis Prize, Hillel International and the Jewish Agency for Israel that featured Michael Douglas and Natan Sharansky talking about their Jewish journeys. I sat next to a man who asked me what I did and then told me his story. He grew up Orthodox, had a child with his first wife, got divorced, and then married a woman who is not Jewish. His wife doesn’t intend to convert but she keeps a strictly kosher home and his grandchildren call her “bubbe.” But after he re-married his synagogue told him he couldn’t have an aliyah (recite blessings before and after the Torah is read) any longer, so he left the synagogue.

This morning the Good Morning America team was talking about new variations of the Barbie doll and one of the correspondents said that her young children “don’t see color” meaning they don’t distinguish other children based on race. I’m not sure how widespread it is that people see people of other races as “normal.” I do think that young children see different constellations of parents as “normal;” I recently asked my 5-year-old grandson if one of “Joe’s” two mothers wasn’t a police officer, and I am quite sure he doesn’t think twice about his classmates who have two mothers or two fathers.

All of this made me wonder if Jews will ever see “non-Jews” and Jews marrying “non-Jews” as “normal.” At InterfaithFamily we try very hard not to use the term “non-Jew” which is why I put it in quotes; it’s off-putting and people don’t identify as “non-“ anything. We prefer to say “partners from different faith traditions.” But we keep on hearing people say “non-Jew” and it’s very use appears to support viewing the other as not “normal” – an Arab who breeds … or “non-Jews” who aren’t smart – as well as penalizing Jews who marry them.

The last thing that happened yesterday was hearing Michael Douglas tell his story again. As he said last night, and in a great story in the Jewish Week last week, Michael Douglas was told his whole life that he wasn’t Jewish because his mother wasn’t Jewish. When the people from the Genesis Prize came to him and said they wanted to award him the Genesis Prize as an outstanding Jew, he said “this is a mistake, I’m not Jewish.” But his son has gotten the family interested, and became bar mitzvah, and they traveled to Israel, and the Genesis Prize people very wisely recognized the importance of making a statement that the Jewish community needs to recognize and welcome people who are the children of intermarriage or are intermarried themselves but engaging in Jewish life.

Dare I say that the Genesis Prize being awarded to Michael Douglas is a statement that Jews need to not only recognize and welcome, but normalize intermarriage, the children of intermarriage, Jews who intermarry and most important, the partners from different faith traditions married to Jews? It was a ray of hope to end a very interesting day.