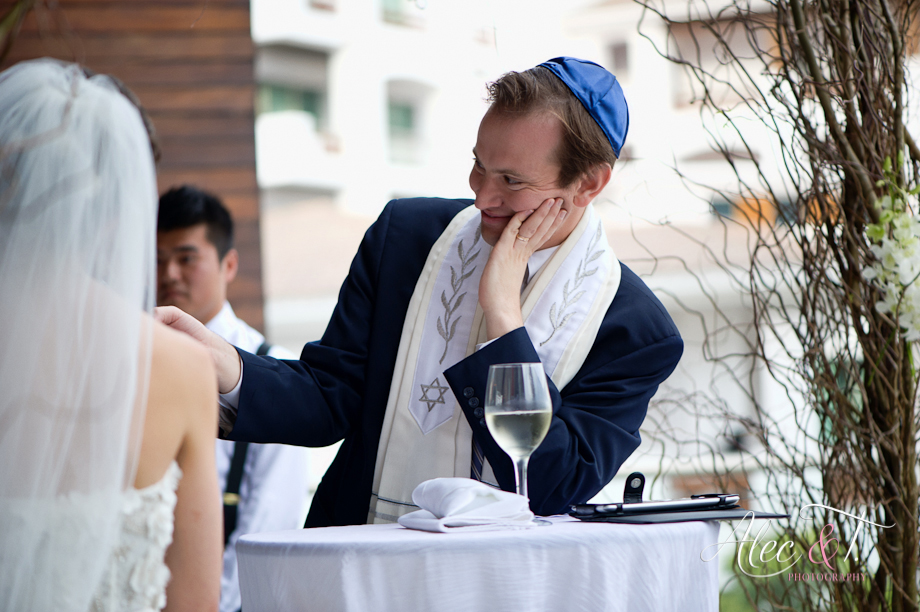 There’s a saying attributed to the French philosopher La Rochefoucauld.  “The more things change, the more they stay the same.” This truth applies in many areas of life. It also seems to apply to the Jewish communal discussion of interfaith marriage.

Even as evidence emerges about the positive role rabbis play when they officiate, some leaders still question whether officiation makes a difference. Even as 70 percent of non-Orthodox Jewish weddings involve someone not Jewish, some insist that marriage between two Jews remains the normative communal practice. While synagogues try new ways to welcome interfaith couples, many of the old barriers persist.

It’s time to counter some of the myths that remain about interfaith families and Jewish life.  Innovation and growth in Jewish life will only come if we recognize and challenge them.

Myth #1: Interfaith marriage is a rejection of Judaism.

For most of Jewish history, this was true. Interfaith marriage was not only rare but effectively served as an exit visa from Jewish life.

Prior to 1960, the rate of interfaith marriage among American Jews was less than 3 percent. This rate began to climb in the late 1960s and early ’70s as many of the barriers that had impeded Jewish advancement collapsed. By the 1990s many of the Ivy League universities that once had Jewish quotas now employed Jewish presidents.

This myth flows from the first. If interfaith marriage is a rejection of Judaism, then Jewish institutions like synagogues and JCCs must feel the pangs of its growth. The evidence suggests otherwise.

Reform Judaism is the only liberal religious movement to have grown numerically over the last quarter century. Its growth has benefited enormously from welcoming interfaith couples and their extended families. Young adults who grew up in Conservative congregations and who are now joining in interfaith marriages find the most welcoming home in Reform synagogues, and they are frequently joined later by their parents. This reality has led some of the country’s most prominent Conservative rabbis to call for a rethinking of the movement’s policy.

Some rabbis are forbidden by their rabbinic association from officiating at interfaith marriages. But many rabbis can and do officiate, and they make a tremendous difference in bringing interfaith couples into Jewish life. (To find an officiant through IFF’s free referral service, click here.)

A wedding is a peak moment in life, and it is an opportunity to imprint a wonderful Jewish memory and help a couple begin life together with Jewish guidance and support. Rabbinic participation and counseling can help a couple appreciate the beauty and significance of Jewish rituals and values. It can also help them avoid the damaging feelings of abandonment and guilt frequently experienced by those who feel isolated from their religious community. Many devoted young Jews who fall in love with and seek to marry someone who is not Jewish experience despair when unable to stand under the chuppah at their synagogue with their rabbi.

This an enormous lost opportunity. Rabbinic officiation can serve as an invitation to Jewish life. It can convey the message that we want a couple and their future family to become part of the community, create a Jewish home and raise a Jewish family. It can demonstrate the potential for Judaism to be a source of joy and meaning in an interfaith family.

Judaism centers around the family. Many of the holidays are family celebrations. Thus, one could argue that interfaith marriage undermines the cohesiveness of a family. I know some grandparents and great-grandparents who even made their descendants’ inheritance dependent on marrying someone Jewish.

While I sympathize for those who believe Jewish life rests on Jews marrying other Jews, my experience as a rabbi does not support it. I see families with Jews, Christians and Buddhists gathering together for Passover with profound joy and commitment. I see interfaith couples joining synagogues, even as less than forty percent of American Jews belong to one. I see Jews in interfaith marriages finding a new pride in their Judaism as they explain and share it with their extended families. Judaism does not need to rely on exclusion in order to thrive. We can grow on our own merits.

Some historical evidence supports this claim. In small towns in the United States and in Europe in the 19th Century, the decline of a Jewish community was usually accompanied by high rates of interfaith marriage. But those isolated incidents do not work when looking at the overall American Jewish community, which is disproportionately located in big cities.

The interfaith marriage-portends-decline narrative reflects a fixed rather than a growth mindset. As Stanford Professor Carol Dweck points out in her book Mindset: The New Psychology of Success, people generally respond to new challenges in one of two ways. Those with a “fixed” mindset see their abilities and skills as unchanging and immutable. Those with a “growth” mindset see their skills as growing and changing through new experiences.

Those with a fixed mindset tend to avoid new and difficult challenges because they fear failure. They believe their toolbox won’t be adequate for the new project. Those with a growth mindset embrace them, seeing new challenges as opportunity to enhance and sharpen their skills. The fixed mindset thrives “when things are safely within their grasp. If things get too challenging . . . they lose interest.” Those with a growth mindset “don’t just seek challenge, they thrive on it. The bigger the challenge, the more they stretch.”

Evan Moffic is the rabbi of Congregation Solel in Highland Park, IL. He writes at his popular blog, www.rabbimoffic.com.