Why Rabbis Ask Couples Getting Married About Future Children

In an article in The Forward, a Rabbi in Los Angeles explains that he will officiate for an interfaith couple at their wedding if they commit to a Jewish future, Jewish education for their children and a Jewish home. A Conservative Rabbi who left his rabbinical union over being able to officiate at interfaith weddings quotes Israeli President Shimon Peres saying: “It’s not important if your grandparents are Jewish. What is important is if your grandchildren are.” The only condition he has is that an interfaith couple getting married “should commit to running a Jewish household, raising Jewish children and to learn with me what that means.”

Some rabbis may make all couples (whether they are both Jewish or only one is Jewish) promise to raise Jewish children in order to marry them, but many only speak about this test for interfaith couples. It makes sense for rabbis to speak about how the couple will raise their children. Couples often sit with the rabbi who will perform their wedding for several meetings which gives them ample time to plan the ceremony and usually also time to discuss where they are with religion, extended family issues and what they are thinking their home will look like in the years to come. If a couple wants a rabbi at their wedding, they care about Judaism in some ways. Certainly a conversation can be had about how they plan to live Jewishly and raise their children.

However, I think that too much focus, as is clear from this Forward article, is placed on having a premarital couple talk about Judaism only in terms of how it will affect their children. I for one care more about what the adults who will stand under the chuppah with me think about their own Judaism.

Do they know anything about the religion that they think they don’t want in their lives? Do they know what Judaism says about the major questions of life such as the meaning of sin or suffering or ideas about afterlife and heaven? Do they understand who is Israeli (and for that matter when, why and how Israel exists)? Do they search for calm, anecdotes to stress, balance, order, meaning, peace, love and purpose? Judaism addresses these areas of our lives.

Did they once attend religious school at a congregation and even celebrate becoming a bar or bat mitzvah by reading Torah, but have not gone into a synagogue since (maybe except for some High Holiday services as a passive participant?) I hope that by developing a relationship with the couple as we plan their wedding that the couple will think about exploring Judaism in new ways. I hope that the Judaism they find is open, accessible, relevant, realistic, challenging, inspiring, uplifting, beautiful, joyful and sophisticated. If adults are turned on by Judaism; if they are called to action, supported by community, filled with pride at Jewish accomplishments…if they cook the food, live the values of tzedakah and menschlekeit (being a good person), if they visit Israel, find the words of the prayers to resonate, they will want their children to experience Judaism.

Are there congregations where one can experience Judaism like this? There are. Are there study groups, trips, volunteer opportunities and cultural events that have this kind of Jewish vibe? There are.

If we ignore the Jewish life of adults and simultaneously try to get them to follow the patterns of their parents in joining congregations so that children can have a bar or bat mitzvah, that experiment is over. We can’t infuse guilt or a sense of responsibility or obligation as the vehicle to promulgate Judaism to the next generation. People getting married aren’t swayed by that. Instead, we need to ask these adults getting married to give Judaism a second chance for the sake of their own souls. 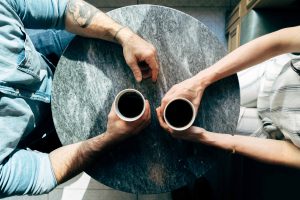 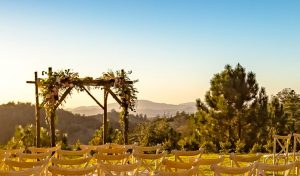 The Hardest Part: Choosing Our Officiant 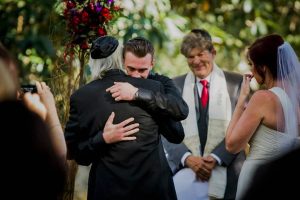 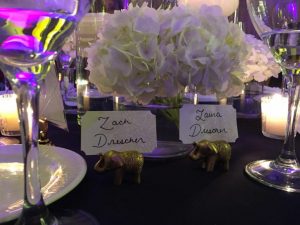