When sacred text hurts others, how do we apologize?

This essay was reprinted with permission from J. Weekly. 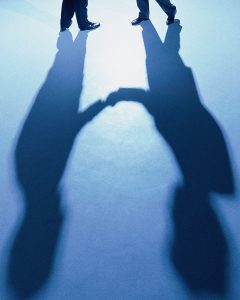 Earlier this month I was the rabbi at the Fellowship for Affirming Ministries’ biennial conference at City of Refuge Church in Oakland. I was invited to blow the shofar for the new Hebrew month of Av, and I lit candles to usher in Shabbat before the worship began. I returned to my seat, filled with love for the extraordinary Christian leaders I had met that day, honored to bring a taste of Judaism into their prayer space and feeling welcomed as someone who had entered that morning as an outsider, now an insider sharing a sacred moment.

Then came the scriptural reading from the New Testament: “Everything [the Pharisees] do is done for people to see. … Woe to you, teachers of the law and Pharisees, you hypocrites! … You are like whitewashed tombs, which look beautiful on the outside but on the inside are full of the bones of the dead and everything unclean. In the same way, on the outside you appear to people as righteous but on the inside you are full of hypocrisy and wickedness” (Matthew 23:5, 27, 28).

How should I react? Was anyone looking at me? Do I show my discomfort as a Jew listening to these words? I tried to be invisible, wondering if anyone who was standing up and calling out affirmations of this reading might be associating me, the very public representation of Judaism at this gathering, with a Pharisee. Were the rituals Matthew was criticizing related to ones I just performed? Were they viewed as empty, for show?

It was mere minutes later that I felt a tap on my shoulder. The presiding pastor presented a handwritten note. “Please forgive me for my choice of scripture, which I’m sure was painful to hear. … I felt pain as I listened. … and apologize for any harm this may have done to your heart just after you gifted us with a Sabbath Blessing.” I caught her eye, expressing how deeply this touched me. Her apology doesn’t erase the reality of the text existing, or being read as sacred Scripture, nor should it. But it brought me peace.

What followed was a regular part of the weekly liturgy at her church. The entire congregation recited a five-minute “Confession for the misuse and abuse of Scripture” that speaks, among other things, to the harm done to Jews and others as a result of the misuse of Hebrew Scriptures and New Testament. At this point, feeling a swell of gratitude, I wondered if we Jews ever ask publicly for forgiveness for any harm our texts have caused. In drashes, I have condemned our use of anti-gay verses, I have openly challenged Torah that oppresses women or further disempowers the powerless. But do we ever apologize directly to the people sitting among us who are squirming in their seats as a result of our words?

Because I was the direct recipient of someone’s confession, my mind is fixed on the people who sit and listen to sacred text being chanted in our sanctuaries. For the first time in a long stretch of history, a large percentage of people sitting in services are not Jewish. Most of them have entered our holy spaces because they love someone who is, and many have made personal sacrifices to raise Jewish families. This Shabbat, they may open the Chumash and read, “You shall not intermarry with them: do not give your daughters to their sons or take their daughters for your sons. For they will turn your children away from Me to worship other gods, and God’s anger will blaze forth against you” (Deuteronomy 7:3-4).

This week, I would ask forgiveness from interfaith couples who came to synagogue in support of their Jewish families. They might historicize these verses (this addressed long-gone nations and a nascent people) or even think about our contemporary interreligious battles (Jews worry that their kids might worship the god of the very people who have tried to extinguish them for centuries). But at a time when more interfaith couples are choosing a Jewish life for their families, I feel what the pastor felt for me — that our texts, attitudes and parts of our liturgy may be doing harm to their hearts even as they gift us with their presence and the presence of their children.

If you could reach out to someone who may be hurt by our texts, who would it be?