What Happens When A Jewish Man And Catholic Woman Meet Online 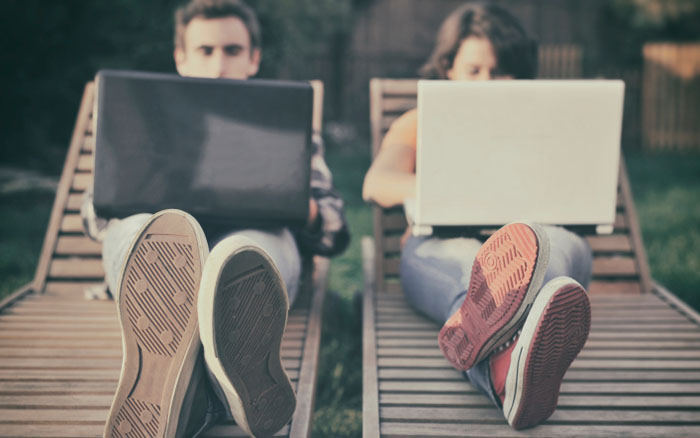 When I was single, I spent a lot of time on OKCupid. But when I got Jean’s message, I’d never seen her profile before. My filter was set to see only women up to age 33. I was 37. Jean was 36.

I wasn’t ageist—at least that’s what I tell myself—but I want to have kids. When I did the math in my head—1 year minimum dating + 1 year minimum engagement + 1 year minimum to have a baby—the math got hard. There were other things to be wary of. She was a teacher. I had dated teachers before and was looking for something different. And then, under religion: “Catholic.”

When you’ve spent enough time on dating sites, you know what it means (or what you think it means) when someone who isn’t Jewish mentions their religion. It’s a big, almost political, statement. It means their religion means something to them. It means they knowingly are excluding a significant number of potential suitors who are actively anti-religious, non-religious or uncomfortable with the whole topic. And it probably excludes another not insignificant number of people who are wary of anyone being too serious about anything on OKCupid.

My profile said “Jewish.” But “Jewish” comes with a lot more useful flexibility than “Catholic.” When people write “Jewish,” they could be declaring an important part of their identity. Or, they could be sharing an interesting detail, a conversational topic for late in a good first date. They could be including “Jewish” for other Jews on the site who will only date Jews, as a way to make it through their filter. Occasionally, people write “Jewish” because they’re actually religious. Then again—most of those people are on JDate instead.

I wasn’t against dating someone who wasn’t Jewish. But I want to raise my kids Jewish. “Catholic” signaled a different intention.

But she was cute. She was rock-climbing in one picture. She held a (good) beer in another. There wasn’t a pink Red Sox hat or Macchu Picchu picture in sight. I liked her message to me: It was thoughtful. She had read my profile. She appreciated that I noted that I was aware that my job description sounded “douchy.” (I’m a business strategy consultant for the telecom industry. It does sound douchy.) I liked that. Also, I had recently broken up with somebody—a “perfect on paper” and Jewish, but not so perfect a match in reality, somebody—and was still kind of beat up about it. So I wasn’t looking for anything serious at this point. I figured we could have fun for a little while.

She was late for our first date. Not terribly late, only 15 minutes or so.

“I’m sorry, I’m a time optimist,” she said, a little out of breath. She didn’t seem sorry.

On our fourth date, she came over to my apartment.

By this point, I knew I liked her. She was smart. She was funny and self-deprecating but confident. She was a great listener. We always had something to talk about. But she didn’t fit my script. The age, the profession, the religion, a vegetarian to boot. It sounds shallow—and it is. But online dating’s greatest attraction (and no doubt its deepest flaw) is that it offers the promise of enough choice to find someone who actually fits your script. No settling necessary.

We were lying in bed, smiling at each other.

I asked her the question I knew could end things.

“Soooo…,” I said, turning toward the ceiling. “This Catholic thing. What does it mean for you, in terms of how your kids are raised?”

She sat up. She seemed intrigued, not anxious, about the serious turn the conversation had taken.

I wasn’t sure what answer I wanted to hear.

“Well. When a guy says they’re Jewish on their online profile, I know it usually means he wants to raise his children Jewish. I wouldn’t have sent you a message if I weren’t prepared to do that.”

“Seriously!” she said. “I go to church because I was raised Catholic. But I would probably be Muslim if I were raised Muslim. Or be Jewish if I were raised Jewish. I just want my children to be raised in a religion. What religion that is is less important.”

This was someone to take seriously. What kind of person thinks a first message on OKCupid all the way through to child-rearing? Or rather, what kind of person actually makes a decision about a major life compromise they’d be willing to make before they hit Send? I knew she was thoughtful, but this was another level.

But this wasn’t just a hurdle cleared, or even just a deep source of potential future conflict addressed early on and head-on. It was a gift, yes—as it is for all Jewish people whose partners are willing to make this compromise. It was also a challenge.

When two Jewish people decide to have a family, this kind of conversation can be put on the backburner. Regardless of whether they send their kids to Hebrew school or whether they observe Shabbat, the parents can be confident their children will identify as Jewish. Two Jewish parents + bagels and lox + appreciation for Woody Allen movies = Jewish upbringing. But when your partner who puts “Catholic” on her OKCupid profile says, “I just want my children to be raised in a religion,” she is laying down a challenge: If you are making me sacrifice sharing my religion with my children, then you better be ready to share yours. Bagels and lox + Woody Allen movies ≠ Jewish upbringing. This means Hebrew school, bar mitzvahs, weekly Shabbat perhaps, talking to your children about God…

What had I gotten myself into?