What to Do When the Baby Arrives: Tips for Inclusive Naming Ceremonies 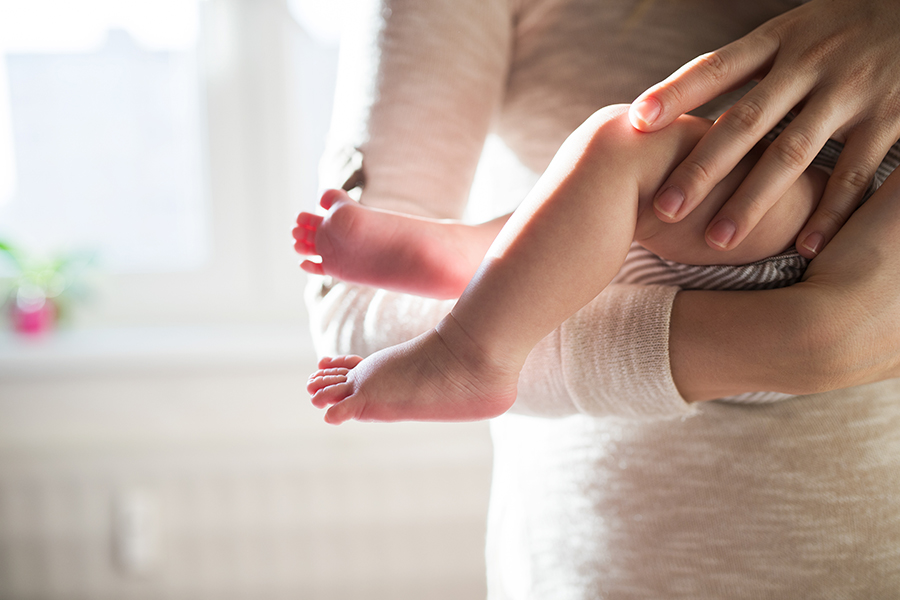 The birth of a child opens up a whole array of religious decisions. Will you have a religious ceremony to mark the occasion? If so, where, when, and what will it look like?

Even interfaith couples who had agreed on religious issues before, and who may even be raising their kids solely in the Jewish faith may find the situation more complicated with the arrival of their baby…when decisions made in the abstract suddenly become real. Sometimes a partner, who felt that religion didn’t really matter and that he would be OK raising his child with no religion, suddenly very much wants his son to have a bris, a ritual circumcision, as he himself did. And the opposite–a decision to have a family life full of Jewish ritual can be trickier in practice, especially if you are unfamiliar with the rituals yourself. Often times, parents have to contend with and navigate the opinions, beliefs and feelings of extended family members. For many, the naming ceremony is the first event that demonstrates to one partner’s family that the child will be raised outside their religion.

1. Naming can be a significant issue. What will you name the child? Will it be named after a living or non-living relative? What if the father is a Jr. and wants his son to be the third, and his wife is Jewish and believes strongly against naming a child after a living relative? These are very important things to consider. For example, choosing a name that cultivates and conveys the child’s religious identity while respecting both parents’ ancestries can be a profound responsibility. Read more about choosing a name.

2. The most helpful way to approach this discussion is to share religious memories, articulate what it is about those memories that are most important, and see how you can offer their child that most impactful experience.

3. Non-denominational naming or welcoming ceremonies can be meaningful without invoking or excluding either family’s religious tradition. Author Anita Diamant said, “These can be virtually secular or they may invoke inclusive religious values and language by using readings from Song of Songs or Psalms, for example. It’s a good idea to be clear about metaphors and symbols. Water rituals, in particular, can be confusing. For Christians, baptismal water is a sign of identification with the death and resurrection of Jesus and a symbol of welcome to the Christian community. Jewish baby ceremonies that use water (sometimes the baby’s hands and/or feet are washed, an echo of biblical scenes of welcome) signify the child’s entry into the Jewish covenant (bris) with God.”

4. If you decide to have a ceremony that is either Christian or Jewish, be sensitive to your extended family’s feelings. In planning any naming ceremony, parents should explain the significance of the event, and consider including grandparents or other close family members in a baptism ceremony or family members who aren’t Jewish in the celebration, if not in the ceremony itself. There are many ways to include family members from different faith backgrounds in a bris. Typically, both parents do readings about the choice of the child’s name. Both sets of grandparents can be given ceremonial honors, such as carrying the baby into the room, and/or reading a poem or non-denominational prayer for the child. At the same time, remember that grandparents who are not Jewish may not feel comfortable at a brit. So you can offer them a role, but don’t insist. Read more about ceremonies for girls and boys.

5. If you’re planning on a bris for your son, ask the mohel, a Jew ordained to do circumcision, if he or she can integrate the needs of an interfaith couple. Can the mohel help plan roles for family members from other faith traditions in the ceremony?

6. Thank your partner for the sacrifices and compromises they made in terms of religion and make every effort to ensure that both partners are comfortable with and feel a part of the religious experiences you share. That sense of comfort may also have to take into account extended family. For example, one couple who had agreed to raise Christian children decided not to have godparents, even though it was a family tradition. They wanted to respect each other but also wanted to prevent Jewish family members, who could not be godparents, from feeling left out.

7. Regardless of which religion you choose, begin to actively observe rituals and traditions before the child is born if you hope to raise the child according to those traditions. For example, couples often say, “When the baby comes, we’ll start lighting Shabbat candles.” But if you start now, you can establish a routine and it will be easier to continue despite the stress and busyness of having a newborn at home.

8. According to S. Courtney Nathan, a clinical social worker specializing in work with interfaith families, “Whatever your situation, remember that you are entering into a beautiful stage of life, becoming a true family. You will have enormous responsibility and opportunity and must take it very seriously. While making religious decisions at this time is not easy, it will pave the way for an easier future for everyone.”