What Jews and Christians Should Know about Each Other: An Important Primer on the Two Religions

One of the many challenges of interfaith marriage is learning about and understanding the religion of one’s partner. Even if a couple has decided on a particular religion for the family, and even if one or both partners are non-religious, it is important for each to appreciate the religious background of the other, which often is the religion of in-laws and other family members.

Although Judaism and Christianity share common history, teachings and values, they are two distinct religions, with different beliefs and rituals, particularly holiday and life-cycle observances. It is not unusual for both Jews and Christians to have misconceptions about each other’s religion or to harbor stereotypes. Learning about each other’s religion can help couples better understand each other and other family members. The following observations can help begin the learning process.

Neither Judaism nor Christianity is a monolithic religion. While to an outsider the differences among Jews or among Christians might seem small, they can be significant. Within both traditions there is a great deal of variation in belief, practice and values.

Whereas Christianity is a religion, Judaism is—in many ways—more than a religion. Being a Christian means practicing the Christian religion. Many Jews, however, feel a strong connection to Israel and/or to the Jewish people, but do not attend synagogue or practice Jewish rituals. Those who are not Jewish often mistakenly assume that because a Jew does not practice the Jewish religion, they do not have strong feelings about the Jewish people or Israel.

The primary theological difference between Judaism and Christianity centers on the interpretation of the life and death of a first century Jew, Jesus of Nazareth. Christians believe that Jesus is the Christ, i.e., the Messiah who is spoken about in the Hebrew scriptures, that he died to atone for the sins of human beings, that he rose again and is present in the life of those who invite him in. For Christians, Jesus is the Son of God who represents all truth about God.

Jews do not believe that Jesus was the Messiah spoken about in the Hebrew scriptures because he did not free the first century Jews from Roman oppression, nor did he bring about a world of peace and justice envisioned by the prophets. Some Jews are still waiting for the Messiah to come, while others believe that everyone has a role to play in perfecting the world and bringing about the Messianic Age.

Jews and Christians use wine and bread as part of their rituals, but in very different ways. In Judaism, wine is a symbol of joy. Blessings are said in the home and synagogue before drinking wine on the Sabbath, most Jewish holidays and at life-cycle celebrations. A special braided egg bread called challah is eaten at the beginning of the Sabbath meal. For Christians, wine (some churches use grape juice) and bread or a wafer are used as part of the Communion ritual which is a part of worship. Also called the sacrament of the Lord’s Supper, the bread and wine symbolize (or in some interpretations actually become) the body and blood of Jesus. By eating the bread and drinking the wine one is assured that God has forgiven one’s sins.

Shabbat, the Jewish Sabbath, begins Friday at sunset and ends Saturday at sunset; most Christians observe the Sabbath on Sunday. Jews celebrate Shabbat with home rituals including blessings for candle lighting, wine and eating challah, as well as attending synagogue. Christian Sabbath observance primarily consists of service attendance. Christians observe Sunday as the Sabbath because that is the day Christians believe that Jesus rose from the dead.

Major Jewish holidays commemorate important historical events and agricultural observances, whereas major Christian holidays reflect important times in Jesus’ life. Passover, celebrating the rebirth of spring, commemorates the Exodus from Egypt; Shavuot (Pentecost), the festival of first fruits, recalls receiving the Torah at Mount Sinai; Sukkot (Tabernacles), the fall harvest festival, is a reminder of wandering in the wilderness. Other important Jewish holidays are Rosh Hashanah, the Jewish new year, and Yom Kippur, the Day of Atonement. Hanukkah, the commemoration of the re-dedication of the Jerusalem Temple following the successful revolt of the Jews against the Syrian-Greek oppressors, and Purim, the celebration of delivery from destruction as recorded in the book of Esther, are minor holidays in the Jewish calendar.

Christmas celebrates the birth of Jesus. Good Friday is the observance of his death on the cross and Easter the celebration of his resurrection. Ash Wednesday begins the 40-day period of Lent leading up to Easter. Pentecost, the seventh Sunday after Easter, commemorates the descent of the Holy Spirit. Although today many people have secularized the celebration of Christmas and Easter, at their core they remain religious observances.

In creating religious rituals for one’s family, the integrity of these holidays should be respected. While it is often tempting to focus on secular aspects of the holidays or attempt to combine celebrations, such approaches rob the holidays of their meaning and significance. It is usually easier for Christians to participate in the observance of Jewish holidays, which, after all, are also a part of Christian heritage, than for Jews to participate in Christian holidays, which are based upon theological beliefs Jews do not accept.

Life-cycle rituals reflect both the history and theology of each religious community. At birth, a Jewish child is entered into the covenant between God and the Jewish people, with the ceremony of Brit Milah (Covenant of Circumcision) for boys and Brit Banot (Covenant of the Daughters) or similar ceremony for girls. Christian children, on the other hand, are usually baptized shortly after birth, a ritual which symbolizes the remission of sins and enters the child into the Christian community.

Parents who have selected a religion for their child should consult appropriate clergy about the ceremonies and any special preparations that might be necessary if the parents are of different religious traditions. Traditional Judaism, for example, recognizes the child of a Jewish mother and father who is not Jewish as Jewish, but requires that the child of a Jewish father and mother who is not Jewish undergo conversion. Reform and Reconstructionist Judaism, however, consider the child Jewish without conversion, if the child is raised as a Jew. Christianity will generally accept a child into the community if either parent is Christian and the couple agrees to raise the child as a Christian.

Synagogues and churches often offer introductory educational classes for those interested in learning about the religion. In addition, many congregations and organizations offer programs or classes directed toward interfaith couples. Taking advantage of these opportunities can help a couple appreciate each other’s religious traditions and promote greater understanding among family members. 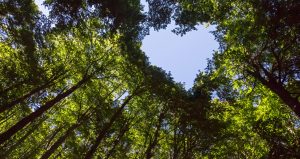 A Meditation for Yom Kippur

I Started Doing Shabbat and I Can’t Stop