What is Tu Bishvat Anyway?

Every winter, just as we start to think about spring, a minor holiday comes along. Minor enough that not all of us know what it means or how it came to be.

Tu Bishvat first appeared in the Mishnah, as one of four new years in the Jewish calendar: 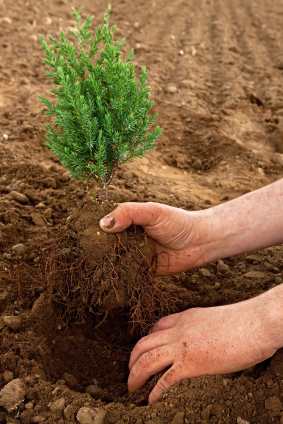 Hillel won this argument and, since then, on the fifteenth of Shevat, we have had the new year of the trees. (The number 15 in Hebrew is “tu;” the name of the holiday literally means the “15th of Shevat.”) So what’s the big deal? Why is it that this new year pales in comparison to the first of Tishrei (Rosh Hashanah)?

For starters, having a date by which to calculate a new agricultural year isn’t as catchy, in our post-tilling-the-land society, as a new year. This could be compared to the secular calendar where we find most countries celebrate the New Year, but only a few still celebrate the harvest (Thanksgiving or otherwise).

At the time of the Mishnah, almost 2000 years ago, the new year for the trees really was used as a tax deadline. Any trees planted before Tu Bishvat were considered to have been “born” the previous year. Those planted after Tu Bishvat was “born” the next year and considered part of that next year’s crop. As the amount of fruit required as tithing from each tree was determined by its age, the date of its “birth” was important. Additionally, there was a biblical prohibition from eating new fruit, fruit from trees that were not yet three years old (Leviticus 19:23). Using Tu Bishvat as the birthday or new year of the trees made it easier to remember how old each tree was.

Fast forward many centuries and most of us weren’t farmers anymore. It didn’t really matter to the average person when a tree was planted. But there was still this “new year” on the calendar.

Kabbalists in the Middle Ages revived Tu Bishvat, lifting it up to be a joyous holiday. As a new year, they felt it deserved a new year’s feast. With that, they created a seder. The most common seder is the meal we share on Passover, but seder just means “order” in Hebrew; any meal with a set lineup or procedure can be a seder.

Drawing on the imagery of the Tree of Life, a Kabbalist map of the path of God, and of the New Year of the Trees, Rabbi Yitzchak Luria of Safed is said to have created the seder with his disciples. They gave special significance and meaning to the fruits and trees of Israel. During their seder, eating ten specific fruits and drinking four cups of wine in a specified order, while reciting the appropriate blessings, would bring human beings, and the world, closer to spiritual perfection.

Many Jewish communities today celebrate Tu Bishvat with seders, even as the Kabbalistic meaning behind them has been shed.

It wasn’t long before an increasing number of Jews returned to Israel, and, with the Zionist waves, returned to agriculture as they tried to turn the desert and swamps into viable land. In the late-19th century, a prominent rabbi in Israel took his students to plant trees on Tu Bishvat. Within a few years, the custom had spread in Israel, reviving the practice outlined in the Mishnah. By the start of the 20th century, the Jewish National Fund had made Tu Bishvat into a national tree-planting day.

As the idea of Tu Bishvat being a tree-planting holiday gained in popularity during the second half of the 20th century, the holiday became more widely known as the birthday of the trees again. And as the environmental and ecological movements in the 20th century grew and started influencing our behaviors, so too did Tu Bishvat. Many people now consider it to be the Jewish equivalent of Arbor Day, a day on which to reconnect to the earth and celebrate nature (and maybe make more of an effort to reduce, reuse and recycle).

So what is Tu Bishvat? Today, just as it has been for millennia, it is many things to many people. Borrow an idea from the past, or create your own way to connect with the new year of the trees on Tu bishvat 2021.