When Helen was born, she was the first and I feared I would never leave the house again. I remember Adrian leaving for work for the first time only two weeks after she had arrived. I turned around after locking the door and realized that I was alone with a newborn baby. It was terrifying. Later, I worried about other things: why I couldn’t breastfeed, was she getting enough to eat? Close to her first birthday I wondered, would she ever be Jewish enough for my community, would the other half of her be Catholic enough for Adrian’s community? Mostly I remember how alone I felt. The more alone I felt, the more I would sit in the kitchen and try to come up with the perfect antidote to my solitude. Sometimes a cup of strong coffee helped, other times a salad, but mostly only a danish would suffice, a delicacy from my own dissolved childhood. 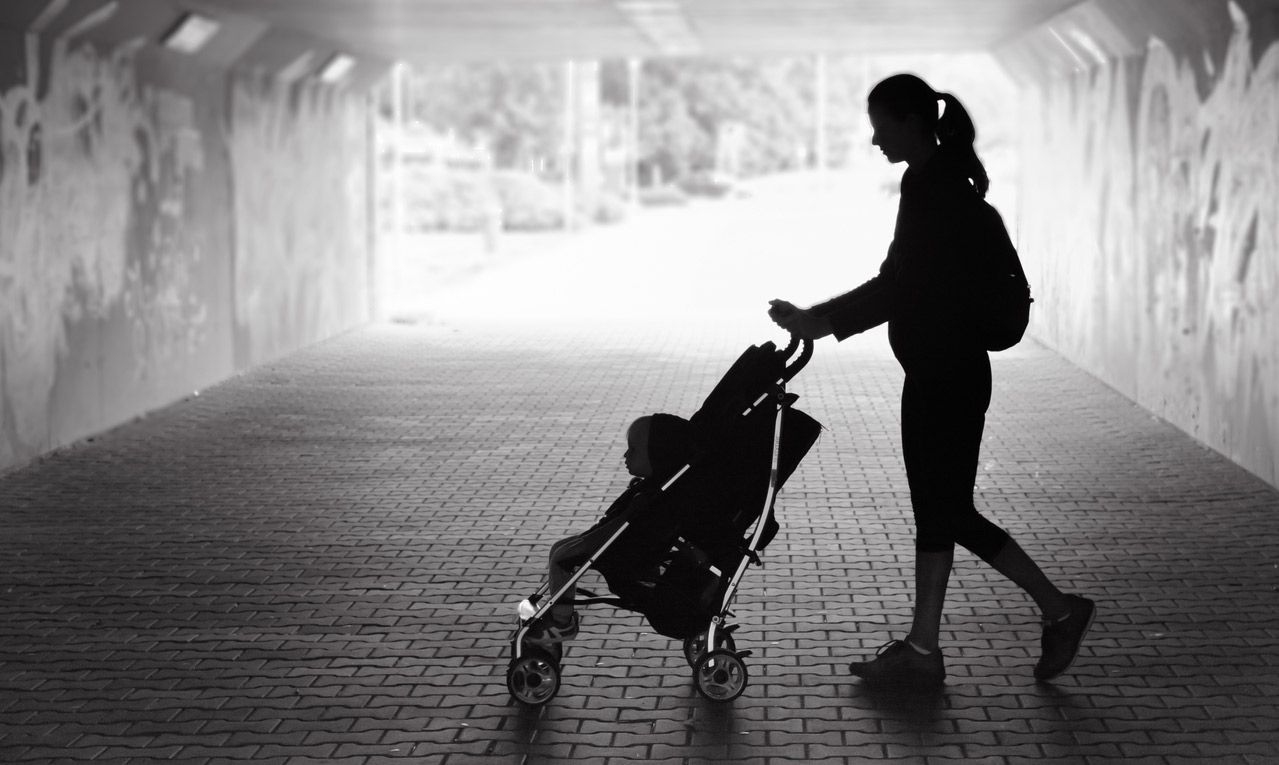 This loneliness, I still feel, is a rite of passage for all mothers. We become split into two beings. Who we were before our children seems farcical. Who we are after our children seems strange. I didn’t fit right into motherhood, and it certainly wasn’t becoming on me during Helen’s first year. But my kitchen table made me feel a part of a long line of Jewish women saying things like, “I don’t feel good, maybe I should make a chicken soup.”

Now things have shifted. It is no less lonely to be a mother, but it’s more manageable. And when I say loneliness I am not talking about depression, because the joys of being a mother far outweigh the sorrows of life in general. As a mother, I get to experience all of my own life again through my children, in a new way. Now I have two little girls and a boy on the way, and one of my favorite things to do is wake up with my children, and sit with them at the breakfast table. It has always been a great tradition among the Jewish AND the Mexican Catholic community, that important and crucial moments in history happen in the kitchen, or wherever we break bread.

So loneliness has a sweet and a bitter taste, because mothers in general have a lot at stake. It is usually up to us to nourish our children from birth through life, emotionally and spiritually. Fathers, partners, grandparents also have crucial roles in a child’s life, but most of the time, in my experience, the mother feels what the child feels and vice versa. Yet, the loneliest among us still wish to take out the play dough, use a glue stick to create a cardboard caterpillar, and teach our children to write their names for the very first time ensuring that the written word has power and identity. Most of us love to watch our children eat what we cooked for them, at least I do. It makes me feel that I have done something right in the non-written rule book of motherhood.

So why am I thinking of all this before Rosh Hashanah, the Jewish New Year? Well, after having children, my religion, my culture and my own identity became very important to me. Perhaps this is because I felt the old me slipping away and I needed a unique way of identifying with the new me. During my own early years growing up, my mother cooked for every holiday dinner, every special occasion. After having children, some of my own solitude was cured by learning how to navigate my way around the kitchen and sustain my family.

Both the Mexican Catholic tradition and the American Jewish tradition have a spiritual relationship with food. As I’ve grown as a mother I try to teach my children about each of our faiths, each of our cultures, through food. I know that as Rosh Hashanah is right around the corner Helen, Alma and the baby in my belly will learn about new beginnings through the symbolic apple and honey we eat on this holiday. They learn about the colors of Mexico through the spices Adrian uses in his dishes; they are the colors of Mexico’s flag: green, white and red. They learn that my family likes potatoes and Adrian’s family likes chayote. We both love dessert. 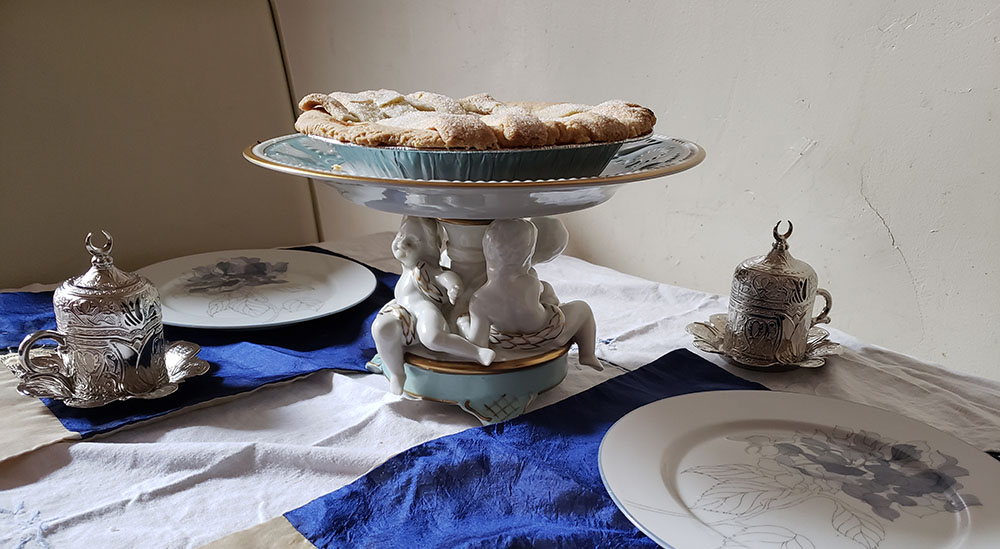 I’ve found that the loneliness of motherhood can’t be cured with food, but a plate of spaghetti never hurt anyone. And maybe loneliness isn’t even the right word. It’s more like a constant self-reflection. It’s asking myself, “How did I go from the girl who used to dance on the bar at the end of a shift to a woman in a supermarket checking the labels to see if an item is organic?” Yeah, how did that happen? Was it always in me? My party days are long gone and they have been replaced by a full time job, two children (one on the way), a partner in my home, kitty cat bedspreads, princess coloring books and lost pink socks. I wouldn’t trade any of it. I love the chaos and uncertainty, the beauty and the innocence.

And sometimes when I wake up in the middle of the night because the pangs of pregnancy never let any woman sleep, I see that old self I used to be. She’s standing in the doorway observing her future asking, “Seriously, though?” And I smile, get my slippers on, walk her to the kitchen and say, “Come, I have some ice cream in the fridge, and we can eat it with chocolate chip cookies instead of spoons.” To which she replies, “Got any tequila?”