The Unwritten Rule of Pregnancy and Cemeteries 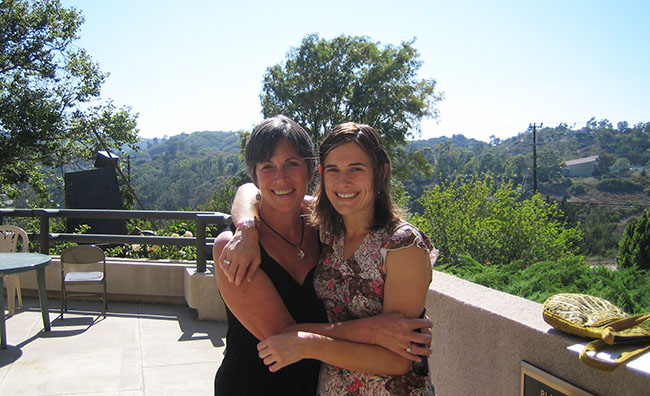 The night that my mother died, no one in my family wanted to go to sleep. Hours after we lost her, we sat on the couch thinking up things to say to each other. The things we most wanted to say—that the evening hadn’t happened, that in the morning we’d find her alert in her bed, that this night was not a very real start to a new painful chapter in our lives—were not available to us, so we yammered away about the details of the days to come.

Lovingly and thoughtfully, my father turned to address me directly.

“Jess,” he said, “I honor and respect you, and I am fine with whatever decision you make. Just so you are prepared, though, some people might expect you to not join us at the cemetery.”

I was shocked, and at first I had no idea what he meant. But I put the pieces together quickly; I was the only one in the room who was seven months pregnant. My father went on to explain that there is Jewish tradition of pregnant women not going to cemeteries.

As he said it, my sadness grew a little. After a chapel funeral, Jewish tradition includes a graveside service, in which the mourners symbolically begin the burial process by throwing handfuls of earth on the grave. The service is powerful and heartbreaking. I thought of it as part of my obligation to my mother and an important part of my grief process, and I couldn’t imagine not being there. My father’s comment made me ill at ease, though. Was there a real reason for me to skip it?

In Judaism, there are things that are written in the Torah, in the Talmud and in the Midrash. There are special texts and commentaries by famous rabbis that help frame our beliefs. Then there are customs that have been passed down in practice and by word of mouth from generation to generation. Many are interpreted to be based on superstitions. Some of them were ingrained in me from childhood: things like breaking a glass at a wedding or not naming a child for someone older who is alive.

Raising Jewish children in an interfaith marriage, I am hyper-aware of these unwritten practices. As the Jewish partner, I feel like I should somehow be able to explain each one, and simultaneously have an opinion about whether or not we should observe it. Often, I don’t realize how powerful they can be until they are upon us.

I was grateful to my father for bringing up the cemetery tradition, but I was distraught about what to do about it. I began to search for the meaning of this tradition wherever I could. I called my cousin in California, an observant Jewish woman who also lost her mother too early.  She said she was familiar with the tradition. Her understanding was that you shouldn’t go in case you confuse the angel of death. She didn’t weigh in on whether I should go to the cemetery, but encouraged me to go and read The Jewish Way in Death & Mourning. While I found Rabbi Lamm’s book very helpful, I couldn’t find mention of pregnant women and cemeteries.

Before the funeral, we had a family meeting with my parents’ rabbi. After the meeting, Eric and I requested a few minutes alone with him. I explained my concern about the tradition. He was kind and compassionate. He looked at his bookshelf, and couldn’t find any reference to the practice in any of his books. He went to the computer. Finally, on Aish.com, he found a short entry.

“Basically,” the Rabbi told us, after reading the entry aloud, “it is fine for you to go. It is really up to you.”

“But,” he said, looking at me, “I think you know what you want to do if you’ve spent this long thinking about it.” 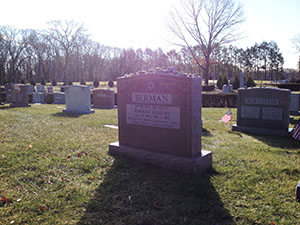 While it took me the rest of the day to realize I did know, he was right. I couldn’t go to the cemetery. I came to a place where this age-old custom lined up with some very real physical and psychological truths; things that I would guess our ancestors were aware of when this tradition first began. The day my mother passed away, I had the first, and only, significant pre-labor contractions of my pregnancy. My body manifest its grief in great discomfort. Whether it was the stress of the day or my future daughter engaging in her family’s loss, we will never know. But the health of my pregnancy felt strained. When I decided not to go to the funeral, I considered the fact that my mother’s concern in her final weeks was that this baby come into this world healthy and thriving. If the emotional demands of the graveside service caused my body further distress, I would not be fulfilling my obligations to my mother’s memory.

After the synagogue service, I went to my parents’ house with two close friends. I picked up my mother’s dog, her fourth child, who could not even come to the synagogue, and we went for a walk in the woods behind her house. My observance of this custom was not based on rote rule following, but on two days of thought and an unplanned exploration into a corner of our tradition. And a month after my daughter—who is named for my mother—was born, the two of us went and had our own graveside service.

What to Bring or Send to a Shiva