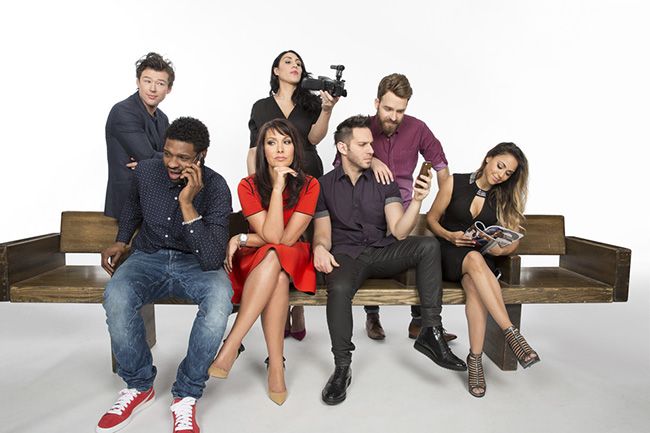 The Interfaith Couples of Connected 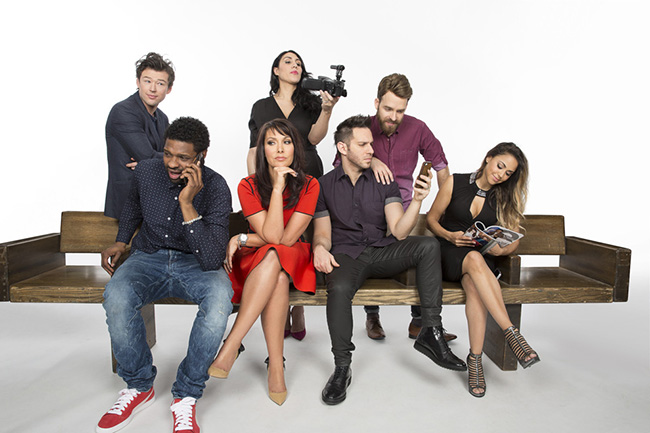 Lori Levine met now-husband Jan Van Arsdale in summer 2013 on Tinder, after unsuccessfully trying other online dating services including JDate, eHarmony and Match as well as being set up on blind dates. “When I joined Tinder, it was so new that I would complain that there weren’t enough people on it. I kept seeing the same five guys!” she tells us. “That was June 2013 and by the time August rolled around there were a lot more people on it and that’s when Jan and I met.”

There are many reality series about people like Levine and Van Arsdale—hip, good-looking people and their love lives. But the new AOL original unscripted series Connected, which began streaming March 31, is a bit different. There’s no camera crew, and of the six New Yorkers who document their stories via personal camcorders, two of them, including Levine and Van Arsdale, are in interfaith relationships.

In the first four episodes, we meet Levine, a successful event planner and celebrity talent booker who is Jewish, and her fiancé Van Arsdale, the Protestant father of four teenage kids. We’re also introduced to radio and TV personality Rosie Noesi, who is Catholic and in a relationship with Jewish sound technician Josh Baggett. Their relationships, as well as Levine’s imminent wedding and step-parenting issues and Noesi’s sudden unemployment and a breast cancer scare, provide plenty of drama that continues in the second set of four episodes, now streaming, and the four fresh ones that will be added every two weeks (April 27, May 11 and May 25). 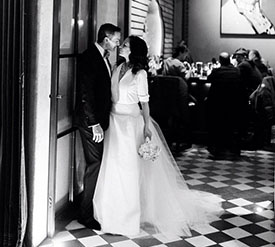 For Levine, the fact that filmmaker Morgan Spurlock was involved as a producer was a big draw, but she had her reservations when she was asked to participate. “This is not the first time I’ve been invited to do something like this. Because of what I do for a living, my life seems very glamorous and like something people would want to watch,” she says. “But I’ve always said no to other reality shows because I felt there was a factor that was missing. It was contrived or fake or I had no control over the content and I felt like I would be exposing my clients to something that would potentially be insulting. This was different.”

Religion wasn’t an issue between them. “Jan’s father and stepfather are both Presbyterian ministers. I literally fell in love with the son of a preacher man!” Levine laughs. The situation is quite different from her first marriage, as she explains, giving a bit of background on her Jewish upbringing.

“We celebrated all the holidays and belonged to a temple in my area. When my father was alive we’d have large extended family gatherings for Passover and Rosh Hashanah and we’d always light the Hanukkah candles. My ex-husband is Jewish and quite devout. A good portion of our marriage was spent actively participating in our faith. But we didn’t participate the same way. He was much more religious than I was and the inequity was difficult for me to reconcile,” Levine confides. “I love my spirituality and I love being Jewish but I certainly didn’t want to be told how I should practice.”

Levine reports that Van Arsdale took it upon himself to find a rabbi willing to perform their interfaith wedding (watch for episode 10). She says that his church-going family has been supportive of their union. “Everyone was so happy for us because we were so clearly in love,” she says.

“The key to making any relationship work, interfaith or not, is communication,” she has learned. “Jan and I struggled with making sure that we always told each other everything even if it hurt the other person’s feelings or it was uncomfortable. When you share your feelings with each other you can get through anything. When you stifle your feelings, that’s when it festers inside you and becomes like a cancer that will eat at you and break your relationship. You have to be brutally honest with each other and have to be able to listen.” 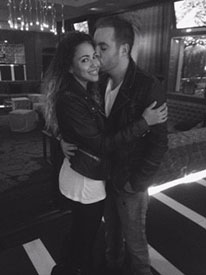 For outgoing Noesi, being on camera and talking wasn’t a problem, though she had to force herself out of interviewer mode and remember to turn on the camcorder at everything from yoga class to the nail salon. She got to know Baggett, whose friend had dated her sister, when she reached out to him via Facebook asking for a recommendation on digitizing old Beta videotapes. He told her to bring them over, and they discovered they had a lot in common. “We became friends and started hanging out.”

The fact that he’s Jewish wasn’t an issue for Noesi. To me it wasn’t a big deal, but to my parents, it was,” she says. “They didn’t even want to meet him in the beginning. My mom’s Facebook password is ILoveJesus. I reminded her Jesus was a Jew. I feel like this has been a growth experience for them learning not to judge, because he’s such an awesome man. They’ve realized he’s an awesome person. They’ve grown through our relationship.”

Baggett goes to church with Noesi’s family in a later episode. “I never want him to feel like it’s a forced experience. But it makes us more open. When he says we’re doing Passover, I‘m like, ‘Sure let’s go.’ We get to experience each other’s culture. The key is to be open and learn from each other, and not judging.”

The couple has discussed marriage but there are no specific plans yet, other than it won’t take place in a Catholic church. They’ve also discussed children and how to raise them honoring both religions. “I’m not gonna impose any beliefs on my kids. I want them to make choices and be open. I can’t stand the idea of ’This is the only way.’ It’s a vehicle to get to the same place.”

Noesi notes that Baggett is already celebrating Hanukkah and Christmas. “His dad left when he was a kid, but his mom married someone of the Catholic faith.” The pair recently opened their own production company. “We’re a team,” she says. “We’re on this journey together.”