The saying “opposites attract” has never been truer for Jess Salomon and Eman El-Husseini. One’s a Jew from Canada, the other’s a daughter of a Palestinian family. Salomon is a Taurus, and El-Husseini is a Leo. One’s a ginger, the other a brunette. So, nu? What’s the glue that keep this Odd Couple together? Love, of course.

After a few years of platonic friendship in Montreal, El-Husseini and Salomon fell in love and moved to New York, just before the 2016 presidential election (the timing of their migration, though accidental, is not lost on them). Now, the Brooklyn-based Jewish-Palestinian lesbian couple perform standup comedy — sometimes together, sometimes solo, but either way making audiences double up with laughter. 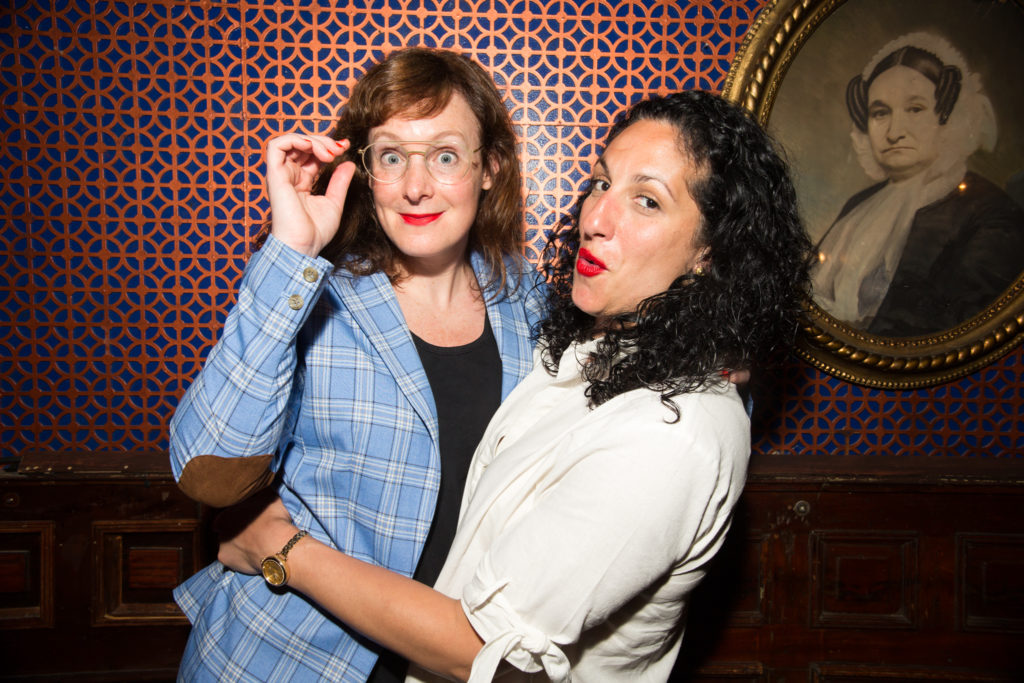 And while they are known for live performances, the married couple’s greatest collaboration lives on Instagram.

A year ago, El-Husseini and Salomon launched an original comic series on Instagram that follows the adventures of a quirky, unconventional, lesbian Jewish-Palestinian couple (phew, that was a mouthful). The El-Salomons — a hybrid of their surnames — is actually the brainchild of three parents: El-Husseini, Salomon, and their dear friend Jesse Brown, who illustrates the series from London.

“The three of us had been kind of wanting to do something together, and it sprung from Eman and I writing these back and forth short dialogues and funny statuses,” Salomon said. “People were really responding to our pages.”

Originally, the idea was to create an animated sitcom based on their marriage. “It’s great because we can get, like, older and fatter, and if it’s just voice animation, then, we’re like set, you know?” El-Husseini said. Baby steps, though. For now, the wives will stick to sharing comics of their daily quips on Instagram.

So, what does the creative process for the trio look like? Usually, El-Husseini has the genesis for the cartoon, and Salomon will refine it with something punchy. Then they send it across seas to Brown who adds another layer of comedy.

“He sends [the cartoon] back with the little facial expressions and they’re so funny,” Salomon said.

“We don’t even live on the same continent but he knows us so well,” El-Husseini chimed in.

Nearly all the cartoons are anecdotal, but, of course, some are slightly exaggerated. Like this one, captioned “When you didn’t convert but your career did.”

To date, nearly 3,000 people tune in every Tuesday on Instagram for a fresh glimpse into the wives’ love story. While they work towards turning The El-Salomons into a sitcom, Salomon and El-Husseini will continue to destigmatize Jewish and Palestinian relationships through art, humor, and most of all, love.