The Conversations We Should be Having

…with Grandparents with Grandchildren of Interfaith Marriages 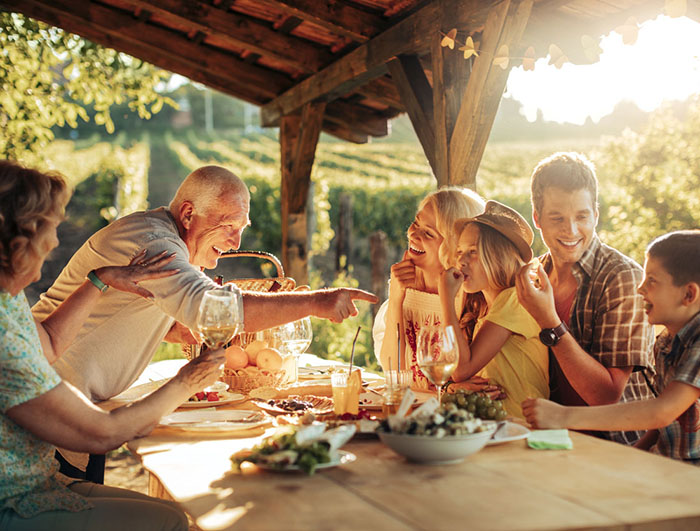 In my travels to congregations and Jewish organizations for Jewish Sacred Aging, many issues seem to emerge organically in discussions of family dynamics. More often than not, concerns about caregiving and end-of-life issues are quickly raised. Not unusually, as situations get unpacked, another issue emerges: that of how to grandparent our grandchildren who are products of interfaith marriages.

This issue is no longer representative of a small cohort of families. Indeed, as baby boomers age and become grandparents, we are beginning to see the impact of the gradual rise in interfaith marriages among our own children. How many of our friends have confronted their children when it comes to the question of “How will you be raising your children?” Those children—those names of those children—are part of our claim on immortality. Is it our name, our legacy that is at stake? Or is it something else – a sense of time passing, a loss of control and a sadness that the world we expected will not be ours?

Every clergy person who does weddings has walked this walk with families. Indeed, some of those very same clergy have dealt with this in their own families. The time has come for our community to begin a serious dialogue on this issue. Opportunities for discussions and support for grandparents who are dealing with this issue need to take place and include those grandparents who already are having the conversation and adults whose children are engaged and about to be married.

There are an increasing number of clergy who are now performing interfaith ceremonies. Often during premarital counseling, the issue of how one will raise children comes up. Rarely, in my experience, however, are there opportunities for a conversation with the potential grandparents on their feelings and concerns. We all wish our children to be “happy.” We take pride in the fact that we have raised independent adults, responsible for their own choices. We also are observing that our adult children are more and more choosing marital partners from diverse cultural backgrounds.

How is this growing cultural and religious pluralism given voice within the framework of the larger family system? Could greater opportunities for dialogue and honest sharing of emotions lead to greater harmony and understanding? Hiding those feelings surely can and does create barriers and in the end, don’t we all wish to nurture and savor these very primal family relationships? Aren’t these relationships ever more meaningful as we age?

I recently sat down with a grandparents whose children married partners who are not Jewish. Not atypical, this couple was in a second marriage and so we add the issues of “blended” relationships and the boundaries that come with this reality. We discussed some of the issues that these grandparents, both active and involved within their Jewish community, faced when dealing with their married children and their grandchildren. I asked them if they could suggest a brief checklist of issues that would be good to keep in mind. Some of the issues they raised were:

These questions and concerns are being discussed and considered by an increasing number of grandparents now. It’s time for our community to create meaningful and non-judgmental opportunities for these issues to be raised. Our most important social connection remains family. How can we have an open conversation and honest dialogue? To repress emotions leads only to anger and discomfort and in an age which is so fraught with uncertainty, let’s open these doors to a pathway to “shalom bayit.”