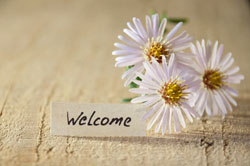 So many couples I marry have one partner who grew up at an area congregation but left after their bar or bat mitzvah. I have thought about creative ways to reunite this person and now this couple with their synagogue of origin, so to speak. There is probably still a picture of them from some class on the wall there! Then it occurred to me, why do synagogues let families just leave? If a family calls the executive director of a congregation to say that they are leaving, the conversation should end with them staying members unless they’re moving away or have a pressing need to leave the synagogue.

Why do people leave synagogues? Money. The synagogue can sympathize with the fact that the financial commitment is difficult to meet for many families. For some, they struggled to pay the dues in order to see their children through their bar or bat mitzvah and feel relieved to take these thousands of dollars of cost off their budget. Thus, the synagogue could say: You are not members because you pay dues. You are members because you have been part of this community. Anything you can contribute now that you are in a different stage of life will help our synagogue stay open and functioning. However, you are not off of our emails and off of our newsletter list and we do not bar you from holiday services because you need a break from the yearly dues after so many years of supporting the congregation in this way.

Whatever the synagogue then collects from this family will be more than if the family had left never to walk through its doors again. But now, won’t other people want to stop paying too? Each house of worship will have to figure out how this plan can work. Do they give post bar/bat mitzvah families a three year period of reduced dues and then hope that they have found value in the continued connection to the congregation and they can again make a bigger financial contribution? Money alone cannot make someone suddenly a “non-member.”

Another reason people may give for leaving a synagogue is that they don’t “need it anymore.” Now that their children are through this major life cycle event, the parents in the family don’t feel a need to attend the congregation. They are not Shabbat attendees, they don’t come for adult education or Torah study. They would like to come for High Holidays, but they are not going to pay $3,000 a year for this when they can be someone’s guest or just buy tickets. The response the synagogue could have is, “you are still members here.” We will still be in touch and you can still attend any or all programs of the Temple.

Then a conversation could take place (preferably in person) about what they would enjoy coming to. Do you like cooking? We have cooking classes. Do you like knitting? We have knitting circles? Downtown lunch and learns? Meeting occasionally with the rabbi to talk about your aging parents, trouble with your teenager, a new health diagnosis you are facing? Your own marriage issues? We are here for you. It turns out you don’t attend services because you can’t read Hebrew? We can help with this. We need to be relevant for people beyond bar and bat mitzvot.

We obviously cannot make someone stay a member who does not want to receive information from the synagogue and who has had a negative experience there. Some say that so much of the correspondence with a synagogue involves asking for more money: money for a building campaign, money for memorial plaques, etc. I think that most people would be thrilled to hear that they are still members, even if they can’t or won’t pay the same dues anymore.

Now, what about the people who do not call the office to say that they are stopping their membership. The synagogue knows who has just stopped paying. Those people probably receive a phone call and hopefully an in-person meeting to say, “We miss you…what’s going on?” When people have ties to a community, it is hard to leave. Let’s make it hard for people to leave.