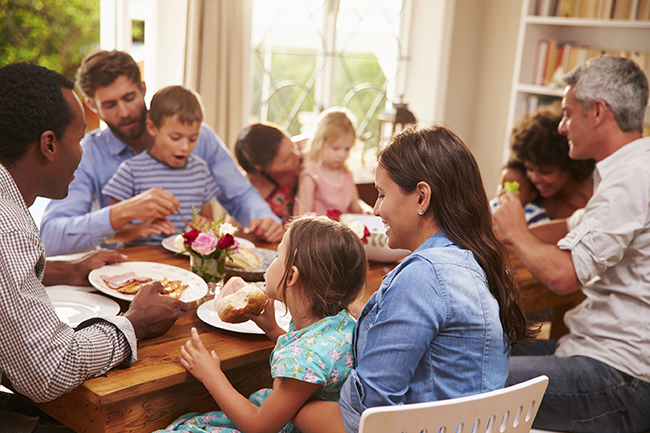 Many years ago I was in a book club and read a collection of essays called Righteous Indignation: A Jewish Call For Justice. The book explored how Jewish thought intersects with issues of social justice, and each chapter focused on a different subject: poverty, the environment, health care, human rights, reproductive rights and Israel.

In one chapter, an environmental activist described her time canvassing in a small town in Texas, and how difficult it was to garner local support for her team’s initiative. One Friday evening as her despondent team gathered around a table for dinner, she had an idea. She asked everyone to pass a cup around the table, and as each person poured a little wine into the cup, they would say one victory they had in the past week, no matter how small. Even having a nice conversation with someone outside the grocery store counted as a victory during those tough times. As the cup went around and filled up with everyone’s victories, the activist realized to her surprise that they were, in essence, celebrating Shabbat.

Despite the absence of candles, challah or Hebrew prayers, these activists were recognizing the light, sweetness and sustenance in their lives. They were marking the end of a difficult week by taking a moment for reflection.

Inspired by this book, my wife and I—who are interfaith and unaffiliated—hosted a participatory Shabbat with some friends a while back. One guest came with her teenage son and daughter, who at the time were not enjoying each other’s company (to put it lightly!). Tweaking the ritual from Righteous Indignation, as the challah was passed around we asked people to share a moment from the past week that provided sustenance in their lives. When the challah reached the woman’s teenage son, he looked down at the bread and thought about it for a moment. He then told us that what had sustained him over the past week was being able to spend so much time with his sister. We were all taken aback. His mother’s eyes went wide, and his sister turned to him and asked in amazement, “Really?!”

It was such a real and honest moment and, I believe, a very sacred one for that family and all of us there. Who wouldn’t want to live in a world where a brother can tell his sister how he truly feels without reservation?

The possibility of these moments is why I keep coming back to Shabbat, even after weeks and sometimes months of letting Friday nights sail by without any acknowledgment. For me and my wife, who was not raised Jewish, Shabbat can be an inclusive way to mark the end of a busy week. It can be an opportunity to create an accessible space for honesty and shared reflection with good people.

But what about when we’re not home on Friday night? Oftentimes my wife and I find ourselves at a concert, a friend’s house or in the car heading off to a weekend adventure. Can a special space be created in these situations? Does every Shabbat need to look, sound and feel the same?

Years back I met with a rabbi and asked him how my wife and I could celebrate Shabbat in a meaningful way outside of the home. He looked me in the eyes and said: “Find some light, find some bread and find some sweetness. Then tell each other that you love each other.”

Those beautiful words—so simple, so honest, so free of biblical or quorum rules—provide us with basic ingredients for our Shabbat experiments. Amidst the variable settings and circumstances of any given Friday evening, creating space for love, honesty and unguarded reflection among friends and family can get the weekend going in a positive direction. Whether it’s reading a poem together, reflecting on a victory or struggle from the past week, whether we’re at home or on the road, whether we have the traditional Shabbat accoutrements or not, we can take a moment to find light, sustenance and sweetness around us and within each other.