Reconstructionist Judaism sees Judaism as an evolving Jewish civilization, with religion as the centerpiece of that civilization. They reject the idea of Jews being the chosen people, and have created blessings and prayers that reflect their ideology. There are around 100 Reconstructionist synagogues in the United States, as well as a Reconstructionist summer camp and a rabbinical school. While Reconstructionists only make up an estimated 3% of the American Jewish population, they have had a large impact on the way Jews practice and think about their Judaism across the denominational spectrum.

Like Reform and Renewal Judaism, Reconstructionist Jews follow patrilineal descent. They welcome families with family members who aren’t Jewish into their congregations, while working to maintain the unique distinctiveness of the Jewish people. They allow people who are not Jewish to become members of their congregations, provided that they do not also practice another religion, and place various restrictions on what they can do both ritually and in terms of running the synagogue. Their major report on how to welcome family members who aren’t Jewish into synagogues, “Boundaries and Opportunities,” details the many ways that parents and spouses who aren’t Jewish can be involved with naming ceremonies, bar and bat mitzvahs, and weddings.

Reconstructionist congregations encourage conversion for people interested in practicing a Jewish way of life. The process involves learning about Judaism, going to the mikveh, having three witnesses (a beit din), and, for men, having a circumcision or ritual drawing of blood. 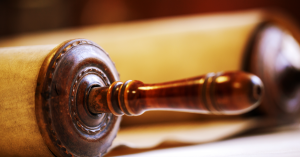