Every year, I spend months brainstorming a new kind of latke only to end up making classic potato latkes for Hanukkah. Made well, they are always a clear winner for me over potato alternatives like beet, parsnip, zucchini, sweet potato, etc.

Maybe it’s my upcoming trip to Japan, but I’ve been thinking a lot about mochi recently (Japanese glutinous rice cakes) and a light bulb went off: savory, chewy, mochi latkes! The addition of mochi flour makes the latkes lighter in consistency, yet the chewiness it adds makes it incredibly satisfying, even addicting.

Continuing with the Japanese theme, I decided to top them with an Asian pear and persimmon relish instead of the classic apple sauce and sour cream. The topping is stewed in browned butter, making this the best latke I have ever made. It’s a delicious blend of my Japanese and Jewish cultures and a metaphor for how blending two cultures can inspire an improvement to the original tradition—in this case: Latkes! After all, isn’t this what “Jewish food” is anyway? 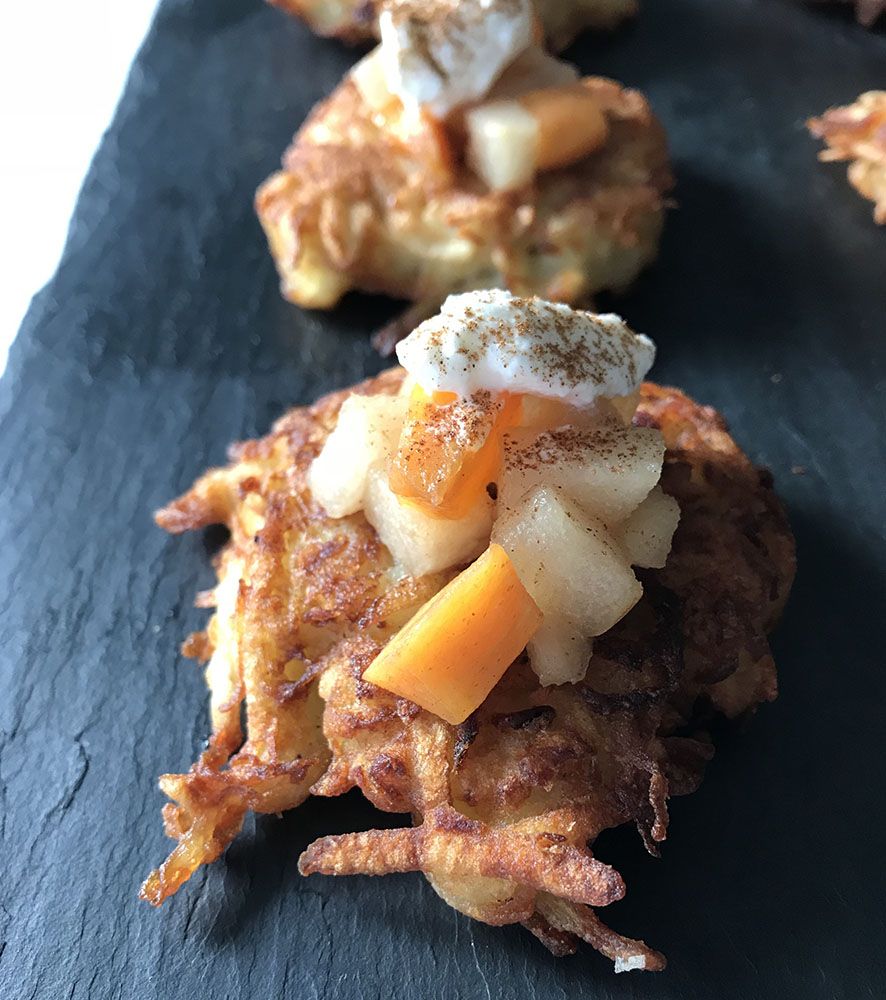 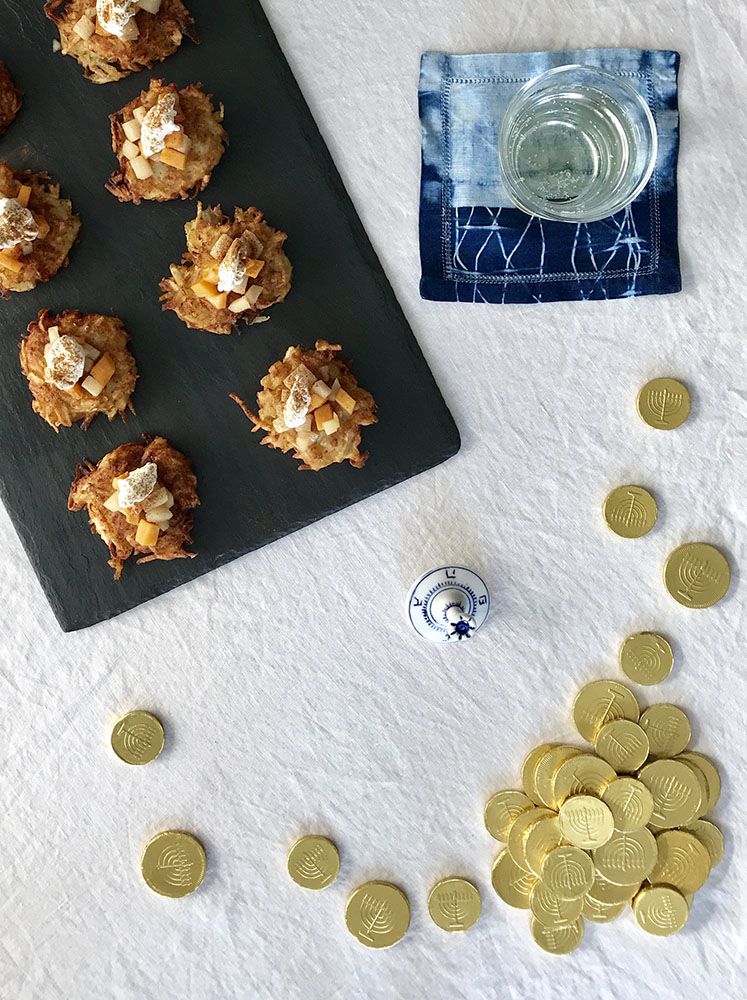