If you’re looking for a new twist on a classic dish, then look no further than this Japanese-Style Apple and Honey Roll Cake!

When I was growing up, my Mom would always serve seasonal fruit after dinner. When she would occasionally forget, my siblings and I would sit at the table longer than usual wondering where our nightly serving of fruit was. Because we expected fruit every night instead of a sweeter dessert like cakes or pies, none of us really developed much of a sweet tooth.

On very special occasions, we would pick up a cake from the Japanese or Chinese bakery nearby. I love Asian cakes because they often incorporate fruit and have just a hint of sweetness. When we got older and would go to friends’ birthday parties, American sweets were a shock to the palate. To this day, I don’t care for most American sweets! I sometimes wonder if my Mom knew exactly what she was doing.

The most famous dish of all on Rosh Hashanah is perhaps the simplest; apples dipped in honey, an edible prayer for a sweet year. Here’s my updated take on a classic apple and honey cake for dessert: light and airy Japanese sponge cake with whipped cream, spiced apples and honey rolled in. The end result is an unexpected take on a classic with a beautiful presentation and just a touch of sweetness to last all year. 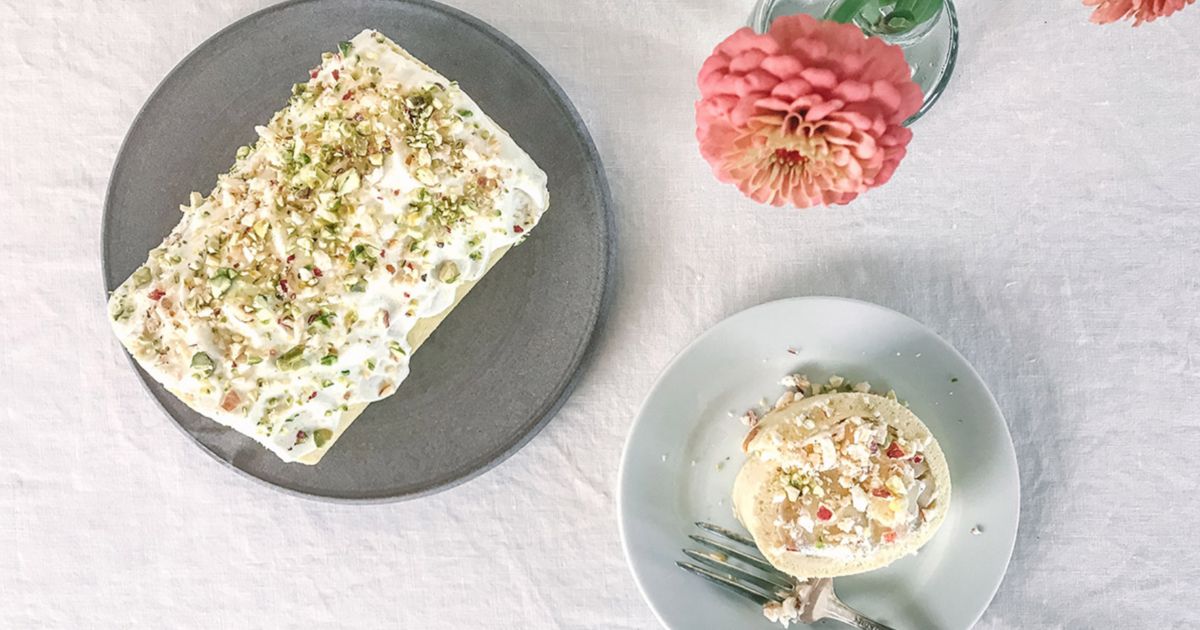 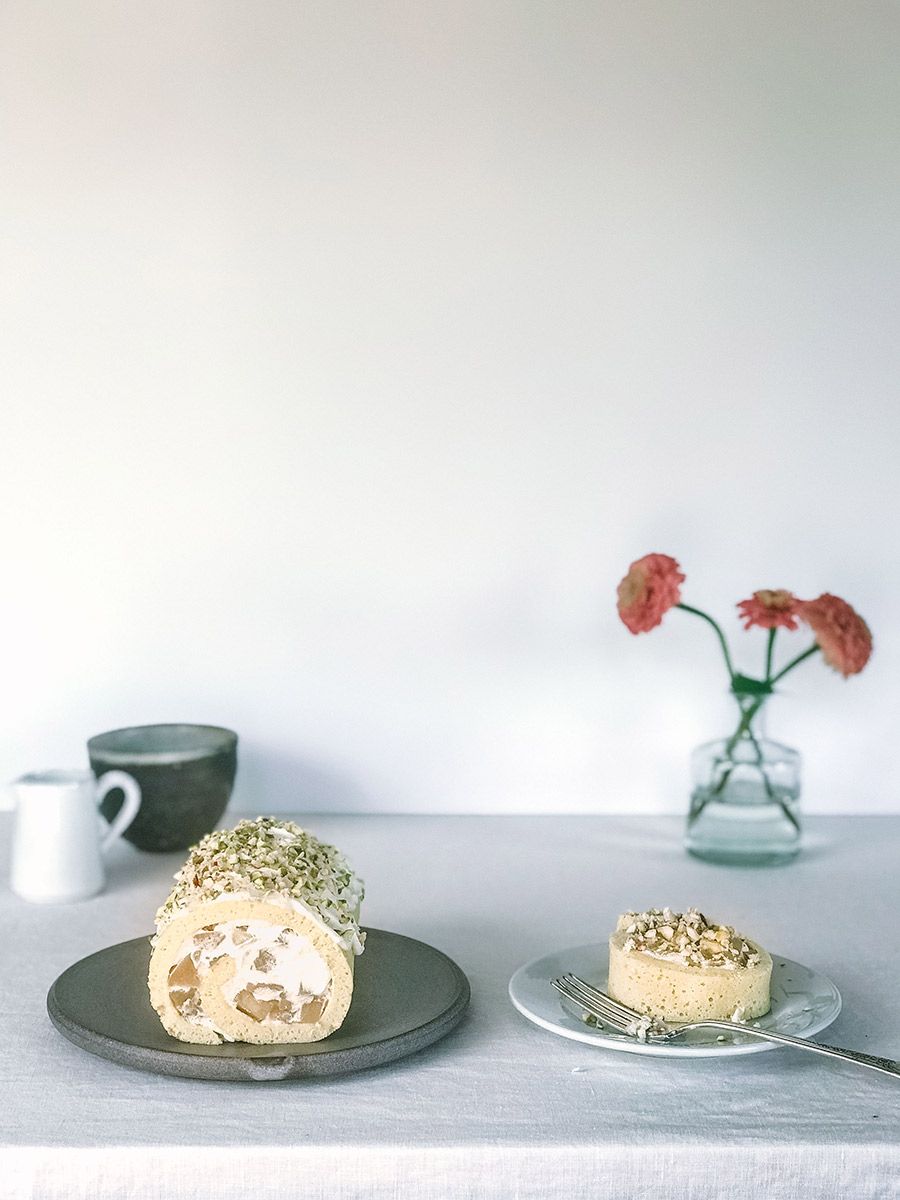