I recently read an article, Debatable: Should Our Seminary Admit Students with Non-Jewish Partners?, in the spring 2013 edition of Reform Judaism Magazine. 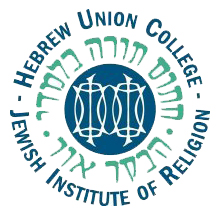 In sum, Daniel Kirzane, a current rabbinical student at HUC-JIR in New York, says yes. His classmate, Brandon Bernstein, says no. You can read their rational online.

I’ve been thinking about their respective points of view. If Reform Judaism truly represents progressive ideologies, then I agree with Daniel:

The Union for Reform Judaism’s Outreach brochure opens with, “Intermarried? Reform Judaism welcomes you” and explains: “The prophet Isaiah said: ‘My house shall be called a house of prayer for all peoples’ (Isaiah 56:7). We know from the Torah that from the very earliest days, there have been individuals who lived with the Jewish community but who were not themselves Jewish….You are welcome.”

As a congregational educator and communal professional, I can’t tell you how many times the “active parent” in bringing a child to religious school or Jewish functions was the parent who was not raised with Judaism. Often this parent has made a commitment to raising Jewish children but for a variety of reasons is not Jewish. This does necessarily undermine religious participation by the family.

Brandon notes that “we have a covenantal responsibility to God, Torah, and Israel that extends beyond the self.” Reform Judaism does not propose to follow traditional Jewish law (halakha). Therefore, Reform Judaism does not have a covenantal responsibility. Already the URJ has evaluated and adapted its understanding of halakha to embrace patrilineal descent, welcoming children born to a Jewish father into our community whether or not the mother is Jewish.

It seems to me that it is time to evaluate this “rule” and consider permitting our leadership to truly represent our membership. I have found that the best leaders experience the same life experiences as their constituencies. Well over 50% of Jews marry someone who was not raised Jewishly. Won’t those families feel the most welcome and comfortable if the leadership and clergy of our congregations and organizations are the same as them — also intermarried?

Brandon also states that “applicants to HUC-JIR (the Reform Movement’s seminary) are not held to any standards of theological belief, ritual observance, or life choices.” The one exception ? “[An] agreement not to be ‘engaged, married, or partnered/committed to a person not Jewish by birth or conversion.'”

I propose that we hold clergy and professionals to a higher standard. A standard of practice of modeling Jewish behavior, lifelong Jewish learning, active involvement in the Jewish community, and living a Jewish life. And that this standard must be upheld regardless of who they end up partnered with, Jewish or not.