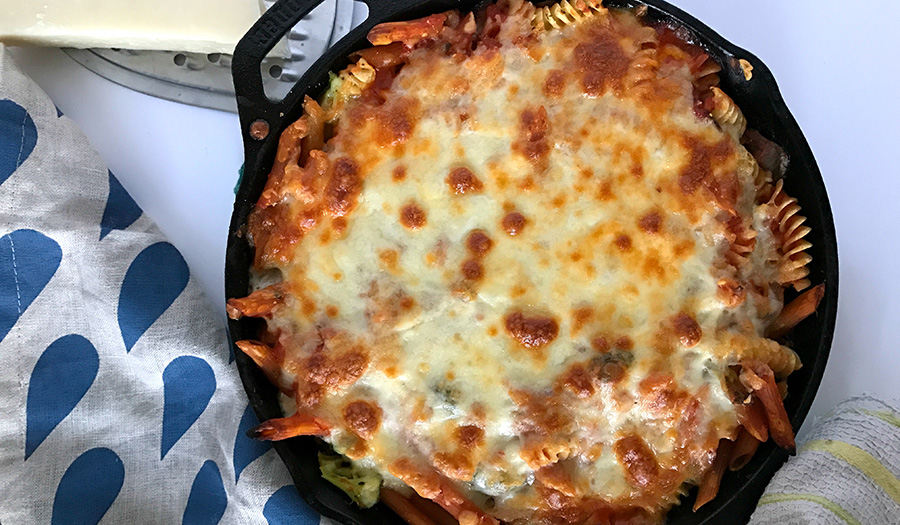 Team! It’s getting down to the wire! That’s right . . . Passover is right around the corner. My local kosher grocer has put up the outside tent and is changing all the labels on their shelves and covering up the non-kosher-for-Passover stuff like it’s some sort of eye sore. As the first night seder approaches, I’m already starting the process of cleaning out my cabinets of pasta and other delicious goodies that are a “no-no” during Passover.

I’m constantly in search of a quick, yet delicious dinner to serve on a busy weeknight PLUS I need to get rid of my pasta, so I decided to try my hand at a skillet pasta dish and I’m SO glad I did! The recipe below can be adapted to add anything you like—I used frozen veggies to help clean out the freezer and half boxes of pasta to help clean out my cupboard. What I love about this dish is that it offers a cheesy, delicious meal, plus it helps clean my house, so…win-win!

1. Preheat oven to 425° F. In a medium pot of salted boiling water, add entire box pasta plus the frozen broccoli and mushrooms. Cook together until pasta is just shy of al dente, about 2 minutes less than the package cooking time. Drain, then transfer pasta and veggies to a large mixing bowl. Add 3/4 of the sauce to the pasta and veggies. Set aside. 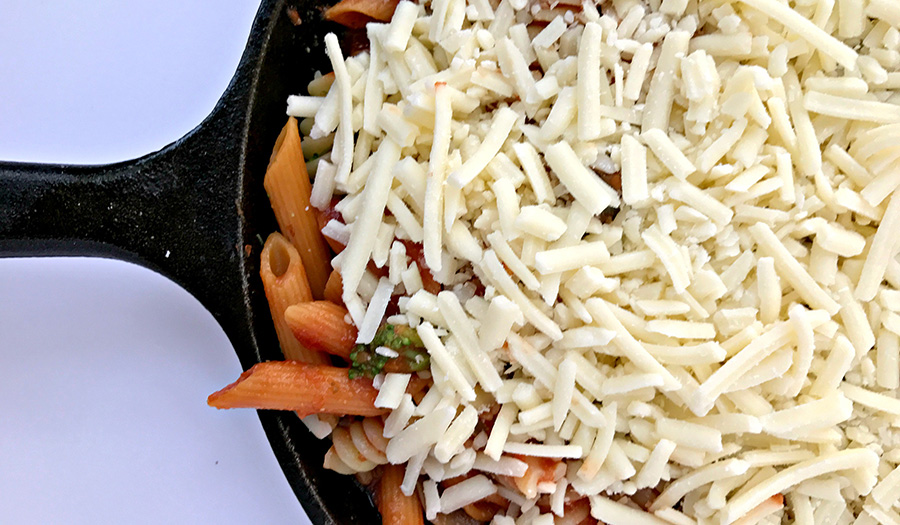 2. Add olive oil to an ovenproof skillet and cook over medium-high heat. Once smoking, add onions and cook until translucent. Add garlic and cook for another minute. Turn off heat and add pasta to the skillet. Stir to combine pasta and veggies with the onions and garlic. Using a spatula, flatten the pasta so it lays evenly. Add the rest of the sauce to the pasta and evenly top with the cheese. Place skillet in the upper third of the oven. Cook until cheese is brown and bubbly, about 8 – 10 minutes. 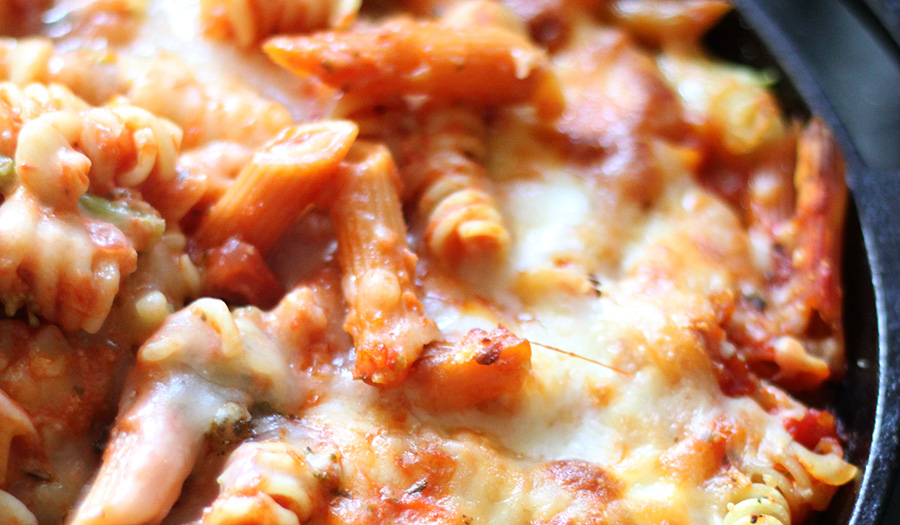 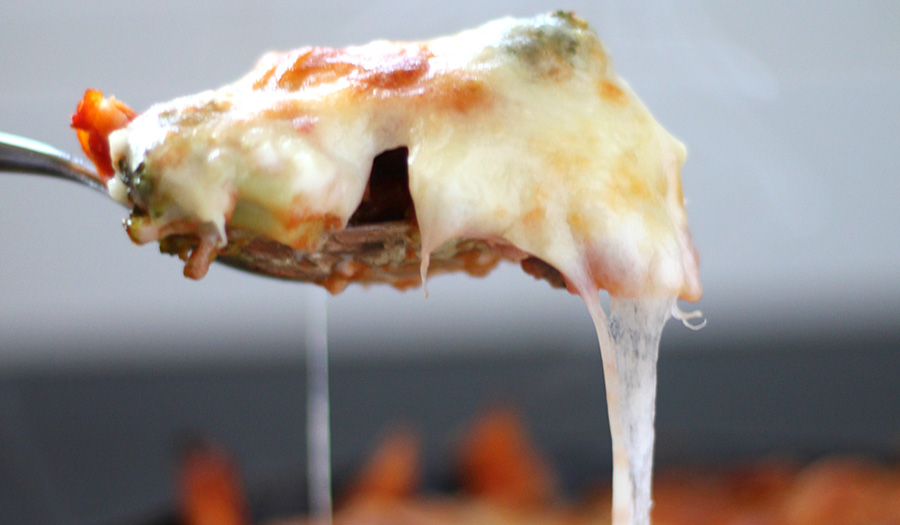 Whitney Fisch received her Master’s Degree in Social Work from the University of Michigan and is currently working as The Director of Counseling at Milken Community Schools’ Upper School Campus in Los Angeles, CA. When not dealing with the trials and tribulations of roughly 600 high schoolers, she is at home dealing with the trials and tribulations of her preschooler and 6-month-old baby as well as cooking… a lot. She blogs about all things food and life on her blog, Jewhungry was a Top 5 finalist in The Kitchn’s Homie Awards for Best Health & Diet blog in 2014 and also co-authored a Passover e-cookbook that same year with fellow Jewish food bloggers, Amy Kritzer, Sarah Lasry and Liz Reuven called, “4 Bloggers Dish: Passover – Modern Twists on Traditional Recipes.” You can follow Whitney’s adventures in parenting and life on her blog as well as in other media outlets such as The Huffington Post, Kveller.com and The Times of Israel, all of which Whitney is a contributor for. Instagram: @jewhungry Facebook: www.facebook.com/Jewhungry Twitter: @jewhungry Blog: www.jewhungrytheblog.com