Are you looking for Jewish clergy for your upcoming wedding or baby naming? Seeking help on your journey to conversion? If you’re looking for guidance with a lifecycle event or to find inclusive Jewish events and meet other interfaith couples at your life stage, we’re here to help you. We are thrilled to have a Rukin Rabbinic Fellow, Rabbi Alex Greenbaum, here in Pittsburgh to support you.

Rabbi Alex and our other Rukin Fellows throughout the US and Canada offer programming for interfaith/intercultural couples and families to discuss relevant issues. We hope you’ll join Rabbi Alex for programs and workshops, which include opportunities to reflect on your backgrounds, differences and similarities and discuss your hopes, plans and dreams for the future. He is also available for one-on-one consultations and to refer you to local Jewish clergy and organizations that welcome interfaith/intercultural couples and families. Contact him at rabbialex@18doors.org.

March 4 @ 7:00 pm CST
Join us to learn about the Jewish holiday of Passover, and how you can celebrate in a way that’s meaningful to both of you as an interfaith couple. We’ll also discuss how to navigate the spring holidays.

March 9 @ 8:00 pm EST
Come learn how to engage kids and the young at heart in the telling of the Passover story. Rabbi Elyssa will share her seder tips and tricks for making old traditions new again. This is an interfaith-friendly event.

March 11 @ 7:00 pm EST
Are you leading or attending a Passover seder on your own this year? Whether you’re hosting a small seder at home or others are joining you virtually, we have the tools you need to feel confident creating a seder that’s right for your interfaith, intercultural or mixed-heritage family.

March 14 @ 6:00 pm EDT
Join 18Doors, OneTable Boston and The Vilna Shul for a chance to learn the art and science of wine appreciation and wine and food pairing as a window to Jewish history and culture as we prepare for Passover. BYOB.

March 16 @ 8:00 pm EDT
Come learn how to engage kids and the young at heart in the telling of the Passover story. Rabbi Cheryl will share her seder tips and tricks for making old traditions new again. This is an interfaith-friendly event 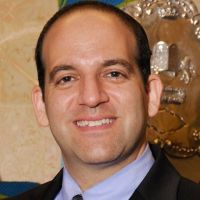 Rabbi Alex Greenbaum is the rabbi of Beth El Congregation of the South Hills in Pittsburgh, with congregational experience from Augusta, GA; Staten Island, NY; and Alpena, MI. He was ordained in 1997 by the Jewish Theological Seminary (JTS), the Conservative Movement’s Seminary, and holds a M.H.L. from the University of Judaism, Los Angeles, and a B.A. in Poli-Sci/Pre-Law from Michigan State University. Originally from Detroit, he is married to Rabbi Amy Greenbaum, his associate rabbi (they were the first rabbinic couple in its 100-year history to graduate together from JTS). Together, with their three boys and one girl, they have lived in Pittsburgh since 2002. Alex cannot wait to work with 18Doors! He has worked with 18Doors (formerly InterfaithFamily) since 2001 and believes no that no place in the world does a better job of connecting interfaith couples and embracing rabbis.