Patrilineal Descent: Should the Baby be Taken to the Mikveh for Conversion? 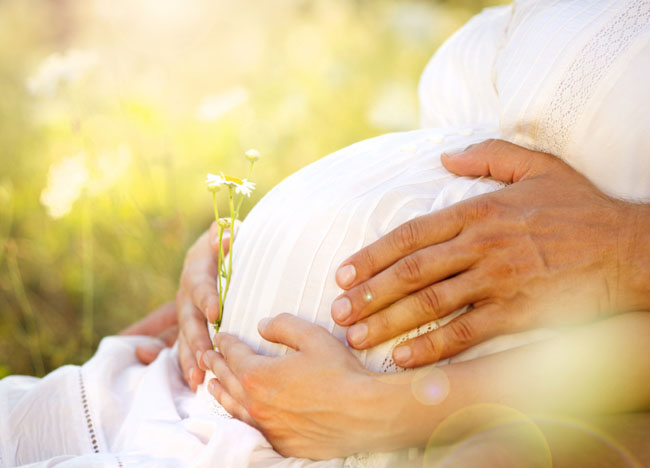 Do you know which of the following children would be considered Jewish without going through a conversion according to halacha (traditional Jewish law)?

a)      A child born from the sperm of a Jewish male and the egg of a Jewish female, who was carried by a surrogate who was not Jewish and then raised by her Jewish biological parents.

c)       The biological child of a Jewish father and a mother who is not Jewish at the time she gives birth but later converts to Judaism, who is raised as a Jew by his biological parents.

In fact, only the child in (b) is considered Jewish according to halacha. The only factor that matters in determining the Jewish “status” of a child is the religion of the woman who gives birth to the child at the time she gives birth. Whether the biological father is Jewish; whether adoptive parents are Jewish; whether a biological mother is Jewish if she is not the one who gives birth to the child; even whether the child is raised as a Jew…all of these factors are not relevant in determining whether the child is Jewish according to halacha. (For discussion of this issue by a Conservative Rabbi CLICK HERE.)

The issue of “Who is a Jew?” can be confusing; it can seem illogical, and at times unfair. Due to the traditional Jewish rule of “matrilineal descent,” when a birth-mother is Jewish—regardless of how (or by whom) the child is raised—the child is Jewish according to halacha. But when the father is Jewish (or, in the case of adoption or surrogacy, both parents may be Jewish) but the birth mother is not Jewish, even if the child is raised as a Jew, he is not Jewish according to halacha.

Nancy and Drew (not their real names) were aware of the traditional Jewish requirement of matrilineal descent when they sat in my office recently, Nancy six months pregnant with their first child, a girl. Drew, who is Jewish, and Nancy, a practicing Catholic, had decided that any children they had would be raised as Jews.  “So,” Nancy said to me, her hand resting on top of her growing belly, “how long after the baby is born should we take her to the mikveh (the ritual bath which is used for conversion to Judaism)?”

As a Reform Rabbi, I was somewhat taken aback by Nancy’s question. It has been years since the Reform Movement began recognizing “patrilineal descent” (i.e., the child can be recognized as a Jew if the father is Jewish, even if the mother is not Jewish). Drew grew up in a Reform synagogue, and he and Nancy had even begun to discuss joining a local Reform synagogue, where nobody would ever question the Jewishness of their daughter. Why, I wondered, did they feel a need to convert their daughter to Judaism when she would already be Jewish? To me, a conversion would be not only unnecessary, but problematic, since it would imply that the baby wasn’t “really” Jewish even though Drew was Jewish and she would be raised as a Jew.

And so I asked the couple why they wanted to convert their daughter, since it wasn’t necessary. Their response was simple and practical: “What if we end up at a Conservative synagogue one day, or what if our daughter grows up and wants to be married by a Conservative or Orthodox rabbi? We wouldn’t want her to feel that her being Jewish is in question, so we figured it’s best to ‘cover all of the bases’ while she’s a baby. This way, more people will consider her to be Jewish.”

I understood where they were coming from. After all, if they decided at some point to join a Conservative synagogue—even one that was very welcoming of interfaith families—since “patrilineal descent” isn’t recognized by the Conservative movement, their daughter might be allowed to be enrolled in Religious School without converting, but she would have to convert before being allowed to become a Bat Mitzvah at the synagogue. Wouldn’t it make sense, they reasoned, for them to take her to the mikveh while she was still a baby? Then, if they did join a Conservative synagogue at some point, they wouldn’t have to tell her at the age of 12 that she had to go to the mikveh because she wasn’t “really” Jewish according to the standards of her community.

I understood and respected their motivation to shield their daughter from the potential future pain of having her Jewishness questioned…of being told by others that because her mother wasn’t Jewish, she wasn’t Jewish, even though she’d been living as a Jew her entire life and had always identified as a Jew. My own daughter, simply because she was born to a Jewish mother, will never have to endure such painful questioning of her identity by others; why should Nancy and Drew have to worry that their daughter would have to deal with such questioning?

But still, I felt that by embracing Nancy and Drew’s “solution” to “convert” a child that I would already consider Jewish, I wouldn’t be holding true to my belief in the legitimacy of “patrilineal descent.” And so while I acknowledged the benefits of the couple “converting” their daughter while she was still a baby, I also expressed my concerns.

Whether Nancy or Drew will take their daughter to a mikveh for conversion while she is still a baby is their decision to make, and I will honor whatever decision they come to. But it saddens me that they have to make such a decision: choosing between their own liberal Jewish beliefs and the desire for their daughter to be recognized as a Jew by the larger Jewish community.

What would you do in Nancy and Drew’s situation? Would you take your child to the mikveh? What if the child were adopted and neither of the biological parents were Jewish?