Of Bar and Bat Mitzvahs and Parents who are not Jewish

Can you raise a Jewish child in a home with only one Jewish parent? Could this child become bar or bat mitzvah? If I officiated as the rabbi, would I be giving approval to mixed marriages, eliminating the last remaining arguments for marriages between Jews? Not long ago, my answers were those that you would expect from a rabbi. No, you can’t raise a Jewish child in a home where one key person does not participate actively in the rhythms of Jewish life, can’t make kiddush or recite the blessings when called to the Torah. The bar or bat mitzvah of the child would be spiritually empty, the shell of a ceremony without content. Maybe if the parent who was not Jewish had decided to become Jewish, even if after the child was born, then it might be possible. But otherwise, it just won’t work. 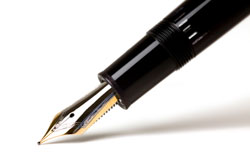 Working as a rabbi in a small town with only one congregation is a great way to have your beliefs and preconceptions challenged.

For a while, it didn’t even occur to me that J. wasn’t Jewish. She was the one who took out the family membership in our community and made sure that her daughter was enrolled in our religious school. She came to services and volunteered for committees. As the date for her daughter’s bat mitzvah neared, she shared the tape of her son’s bar mitzvah with me. The rabbi at their previous synagogue had treated her as though she were Jewish, calling her to the Torah with a Hebrew name, having her recite the blessings and speaking of their family as a unit even as the divorce was already pending. Something didn’t feel right.

It was J. much more than the father who guided her daughter through the bat mitzvah process. Though she had chosen not to become Jewish herself, she supported both her family and our community in a way which made that decision totally understandable and nearly irrelevant. Long after the bat mitzvah, she remained an active and contributing member of our community.

B.’s situation was different. His wife is strongly conscious of her Jewishness. There was never any question that their home was a Jewish one, that their son would attend religious school, that he would become bar mitzvah in a public ceremony. Then, to the surprise of all of us, he become a student teacher in our school all the way through high school.

What was extraordinary about B. was revealed during one of the classes I gave for the bar and bat mitzvah families of his son’s year. I don’t remember exactly what we were discussing, but I guess he thought people were being ambivalent and giving me a hard time. All of a sudden he stood up and addressed the group, saying something like: “My son is Jewish. I am not. The fact that he is Jewish fills me with pride. I think the Jewish people is very special, with a belief system that results in wonderful families, deeply ethical behavior and a meaningful religious practice. While I don’t want to become Jewish myself, I deeply admire the Jewish people and am proud to be part of raising a Jewish child. And you should feel that way yourselves, since it is your people and heritage.” And he sat down.

B. went on to give the parents’ talk to his son at his bar mitzvah, reminding his son of the wonderfulness of his Jewish heritage. And, several years later, he again spoke up when our steering committee invited couples in interfaith marriages to share their thoughts about our community. He reviewed his feelings of pride in his son’s Jewishness and then voiced his concern that after all the effort and expense to which they had gone to instill a strong sense of Jewishness in him, he hoped he would find someone Jewish to marry!

There was a time, just before Christianity became the alternative to Judaism, when many people who were not Jewish hung out with Jews, particularly at synagogues. They liked the intellectual honesty and excitement of Judaism, appreciated our rituals, understood the profound beauty and significance of the Sabbath and honored the love we showed in our families. But they didn’t want to become Jews. Most likely, they didn’t want to be circumcised, if they were men. Perhaps learning Hebrew was too much for them or cutting themselves off from their own families was more than they could bear. In turn, we acknowledged their presence and called them “gerei toshav,” something like resident aliens in the United States or landed immigrants in Canada. While they weren’t fully initiated into Judaism and adopted into our tribe, we felt close to them, trusted them and learned from them.

I see J. and B. and others I have had the privilege to meet in my lifetime as modern day “gerei toshav.” Unlike many of my colleagues, I don’t give them Hebrew names and call them to the Torah as though they were Jews. And unlike many other of my colleagues, I do call them to the Torah together with the Jews they love, by their English names, and honor them as the supportive parents they are, lending their energies and influence to our own Jewish renewal in this generation. I confess that, at times, I wish they would join us completely and simplify things. At the same time, I appreciate how they help me stretch, become more accepting and practice trust in a loving God who helped us get this far and will help us take the next steps as well.

One last anecdote. B was a part of our cemetery committee as we struggled to decide what it meant for our little Jewish community to have its own burial land. He wanted to know where we would bury him. Could he and his wife be together in the main part of the cemetery or would we have to either bury them separately or in a special corner? I thought deeply about his question and realized that he had become such an important teacher in my life that I would be happy to be buried next to him myself. So we decided that the main part of the cemetery would belong to the members of our community, recognizing that some of our members were not themselves Jews.

Daniel Siegel is the first non-Orthodox rabbi to be ordained privately (we think) and the first person ordained by Rabbi Zalman Schachter-Shalomi. He was also ordained by Rabbis Arthur Green and Meir Fund. After serving ten years as Jewish chaplain and community rabbi for Dartmouth College and the Upper Valley Jewish Community, he now serves as the executive director of ALEPH: Alliance for Jewish Renewal. He is the husband of Hanna Tiferet Siegel and the father of Noah, Shefa, and Elisha.