“Next Year in Jerusalem” or could it be “New Hampshire”?

I officiated at two interfaith weddings this past Thanksgiving weekend. One wedding I co-officiated with a Catholic priest; the other was a Jewish wedding for an interfaith couple that I officiated by myself. Both weddings included many of the rituals of Jewish tradition as well as the words and presence of Christianity. Doing this is important enough to me that I gave up having Thanksgiving with my own family–it’s very rewarding Jewish work. 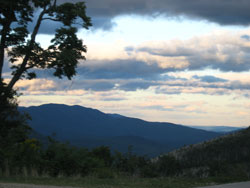 I wish my rabbinic colleagues who frown on interfaith officiation could witness these weddings as the families and guests do. After most interfaith weddings where I officiate or co-officiate, guests approach me to tell me how much the ceremony touched them. I am uncomfortable with the personal compliments–that’s my problem–but my spirits always get a lift from the expressions of the positive feelings that congregations have for Jewish ritual and blessing.

Our rabbinic fears of losing something in the mix of Jewish ritual and interfaith congregations, both those assembled only for life cycle events and those who share a whole life together, is “holy” (intentional homonym) unfounded. My experience has been that Jewish ritual, done right, offers something of value to everyone of this world … not just Jews. What I mean by “done right” is that it is offered with clear, meaningful, and universal interpretations that draw people to its usefulness and great value. A ritual or blessing does not have value intrinsically to people who don’t know its depth and beauty. Sharing some of those meanings in a way that isn’t exclusive or superficial enables people to engage with Jewish ritual and hold it as their own. In a time when we worry about how our congregations are shrinking and how little our congregants know about Judaism, weddings are one of the most efficient teaching moments we have. Better not to waste this opportunity to teach and engage.

Many Jewish grandparents come up to me at their grandchildren’s weddings and acknowledge, sheepishly, their lack of knowledge about Jewish ritual and their thankfulness for this opportunity to learn. Jewish 20-, 30- and 40-something wedding guests feel supported in the gift of their religious heritage when we treat non-Jews and their traditions with respect and include them, rather than holding them as outsiders to their friends’ and family’s life cycle ceremonies. The parents of interfaith couples find a connection to their own Jewishness when their children’s spouses are brought in rather than held at arm’s length. Though it’s true that not every family reacts this way, they do more often than not.

I am looking forward to the day when the Jewish community leadership recognizes that “fear of the other” only isolates us and our religious heritage. Our fear isolates us not only from the non-Jewish world, but also from our own people. I am also looking forward to the day when there are so many congregational rabbis who officiate and co-officiate at interfaith weddings that I will have enough colleagues to refer people to and I won’t feel guilty saying no to couples who want to marry on holiday weekends.

I love officiating and co-officiating weddings. I also miss spending weekends with my own people. Some traditional Jewish pilgrimage holidays are often ended with the hope of “next year in Jerusalem” or an ingathering of our people. I say “next year in New Hampshire or Virginia or California” where my people live.