Advice: My Daughter Is Bringing Home A Boyfriend Who Is Not Jewish For Rosh Hashanah 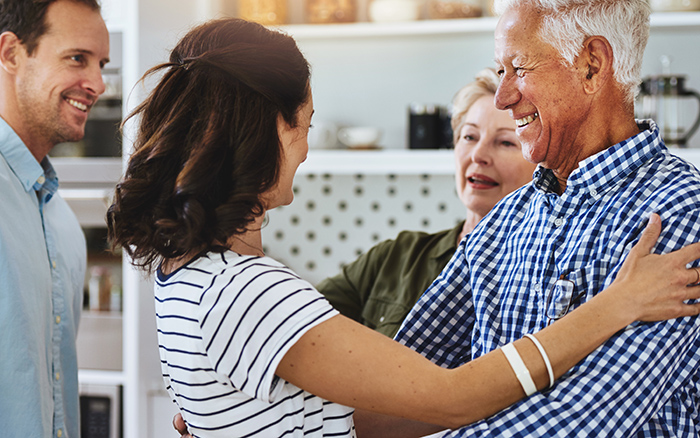 Q: Recently, our twenty year old daughter called from college to announce that she is bringing home her first serious boyfriend for Rosh Hashanah. He is an A student, the leader of his a cappella group and involved in community service. Before she introduced him to us, she warned us that although he is a great person, he is not Jewish. We had always expected and hoped that she would date only Jewish guys, and we had talked about this ad nauseam before she left for college. The truth is, we were a little hurt that she rebelled against us. She had a strong Jewish education and continued Hebrew lessons throughout high school. We observe Shabbat weekly and celebrate all of the holidays. My daughter has been to Israel and remains an active member of Hillel on her campus.

From my daughter’s perspective, we did not react well. We lectured her on the importance of marrying someone Jewish and of raising Jewish children. She ended up in tears.

What should we do from here?

A: First, your daughter was probably not thinking about 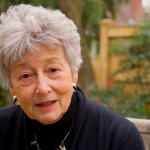 rebelling against you when she decided to date this young man. Just like we did not follow all of our parents expectations, we can’t expect that our children will always obey our dictates. In our pluralistic society, it is unrealistic to expect our children to date only within the Jewish religion—unless, of course, we keep them in a totally Jewish world. The reality is that most Jewish Americans, other than the most Orthodox, send their children to secular colleges where they will meet people of other backgrounds.

Many Jewish parents feel that their commitment and effort in providing a Jewish education has been wasted, if their children choose to date outside the faith. I can assure you, the education is not wasted. Your daughter, no matter who she marries, has the knowledge to create a Jewish home.

Again, in America it is not unusual for young people to use their twenties to focus on their career. For many recent college grads, marriage is a distant plan. Too often, parents leap to the conclusion that the first serious boyfriend is the final “one.” He might be, but unless your daughter is bringing home an engagement ring, it is unlikely. However, because there is the possibility of marriage or a long term relationship, you want to have a good relationship with this young man.

Since she is bringing him home, be welcoming. Try to appreciate the fine person he is, while showing him the best of our culture. If he is here for Shabbat, offer him a yarmulke and explain that the yarmulke is a sign of respect rather than a religious declaration. Explain why we light the candles and why we bless the wine. Whatever customs your family practices, ask him if he would like to join, but don’t force him. For example, the children might put their hands on the challah and recite the blessing. He could be included. If you bless the children, bless him too, with his permission.

As for Rosh Hashanah, again explain the customs and the history. It is helpful if you can provide him with reading materials about the holiday, as the service can be long and tedious to those who have no idea what’s happening. You might also give him permission to walk in and out of the service. Whether you like it or not, many of our synagogues are crowded with young people socializing just outside the sanctuary.

If he is from a family that doesn’t practice any religion, he may be receptive and curious about what religion adds to the family. Praise him for any interest or efforts he makes, however clumsily, to participate. Who knows, he might be looking for the community and acceptance that Judaism offers many.

If, however, he is a believer in another religion, you might show some curiosity by asking about his traditions and if he sees any similarities or any differences with Judaism. You are modeling the kind of interest you hope he will reciprocate. Be welcoming but not insisting that he participate—you are not asking him to convert. After all, it’s a new relationship, and marriage is probably not on their minds right now.

On the other hand, it is possible that he is not open to learning or participating in your family’s traditions because he is vehemently opposed to religion. You should celebrate as you always do. After all, it is your home. Once the kids have gone back to school, you might tell your daughter how much you enjoyed the young man but wonder how she would feel in the long term being with someone who is not supportive of something that is important to her.

No matter what happens between your daughter and this young man in the future, remember, that your behavior has the potential to make friends or enemies for the Jewish people. And goodness knows we need all the friends we can get.

One of the strengths of Judaism has been its ability to adapt over the years. We moved from a sacrificial religion to a non-sacrificial one; from one centered on the temple to thriving in the diaspora.  Perhaps we need to now focus on how to deal with multiple religions in our extended families. If we can figure out how to live together as families, we can truly be a model of co-existence. Besides, interfaith marriage brings new genes into our pool, which can have some health benefits.

I want to be clear here. I am not necessarily promoting interfaith marriage, but I am saying there can be an “up side” to it. It is up to us all to make sure that we increase our numbers by welcoming others, rather than decrease them by pushing our children away. The demographics are clear. Interfaith marriage is on the rise. We need to embrace it. Otherwise, we might be destroyed by it.

This post originally appeared on The American Israelite and is reprinted with permission.