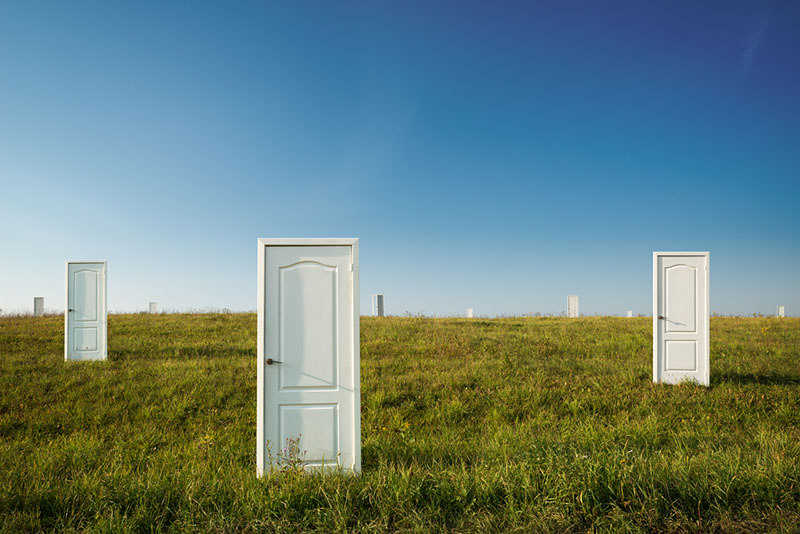 It’s been busy the past two weeks. As Shmuel Rosner just pointed out, since his original article a month ago, “The volume of writing on Jewish interfaith marriage in America is high.”

Rosner had said that in the absence of definitive studies or any consensus, the debate about whether interfaith marriage will weaken or strengthen us will be decided by trial and error over three or four generations, with some rabbis officiating and some not. I said his was an incredibly non-activist approach and that “arguing that intermarriage weakens us is self-fulfilling. Intermarriage won’t be an opportunity to grow in numbers and vitality if the messages the Jewish community sends – like by rabbis not officiating – disapprove of interfaith couples [and] relationships.”

Rosner now says that I was right, in the sense that a clear and unified message might be better. But he says critics of intermarriage can make the same argument, that “arguing that sticking with in-marriage weakens us is self-fulfilling. In-marriage won’t be an opportunity to grow in numbers and vitality if the messages the Jewish community sends – like by rabbis officiating – disapprove of insistence on Jewish couples and relationships.”

That is a false equivalency, in my view. There can’t be any question that decrying interfaith marriage turns interfaith couples away, or that insisting on “in-marriage” doesn’t work. No one is arguing that Jews marrying Jews is bad. Rabbis officiating for interfaith couples does not send a message of disapproval of Jewish-Jewish marriages. Interfaith marriage could be regarded as an equal norm, along with Jews who marry Jews; they can co-exist. It’s the insistence that there is only one right way that’s the problem.

Rosner says a Conservative rabbi who refers to “the naive hope that [a rabbi] standing under the chuppah will have a significant impact on the Jewishness of interfaith couples or the families they build” is right. How anyone can hold that position after the Cohen Center’s latest research showing the positive impact of rabbinic officiation escapes me. (Rosner cites an article by Roberta Rosenthal Kwall that rolls out the tired old, previously failed strategy to “actively” encourage conversion, and an interesting “descriptive, not opinionated” analysis by Emma Green in the Atlantic.)

The Continued Decay of Jewish Federations, which generated a lot of comment on eJewishPhilanthropy, takes pot shots at intermarriage; the anonymous author says “If the person I walk down the aisle with isn’t Jewish, how much am I really going to care about the [Jewish] folks down the block?” and “72% of non-Orthodox intermarrying is … about Jewish apathy.” Fortunately one comment wagers that the writer “holds outdated views that intermarriage… divorce[s] from the Jewish community,” while another says “this resentment of people in interfaith relationships has got to stop.”

Thankfully there has been more positive perspective in the media. Rob Eshman, publisher and editor of the LA Jewish Journal, says:

But I know — we all know — too many wonderful intermarried couples. They continue to serve the community as volunteers, funders, activists. They raise children who go on to practice Judaism, embody its values and contribute to the Jewish community and the world. They succeed at being Jewish far, far better than any number of “in-married” Jewish couples who stay uncurious and uninvolved, whose biggest contribution to Jewish life was paying the rabbi who married them.

This truth puts rabbis and movements who resist intermarriage in the same bind as many were before acknowledging same-sex marriage. How do you exclude a committed, loving constituency, willing to belong and contribute to Jewish life, from meaningful Jewish rituals? Can intermarriage done correctly actually be not a curse, but a cure?

The ground has shifted on this issue, and something tells me we’re about to find the answer.

One outstanding example of an answer is Debbie Karl, who tells “How One Interfaith Family Found a Home in a Synagogue“: because a wonderful rabbi agreed to officiate for her and “turned the whole process into a positive experience for both of us.” If she hadn’t, “that could have been the end of Judaism for me… I could easily have written off organized Jewish life, as so many disenchanted Jews choose to do.” This is one of the most persuasive pieces by a lay person that I’ve ever read; I wish every rabbi who doesn’t officiate would read it and take to heart what she says about the children of intermarriage:

If they do choose a non-Jewish partner, and try to find a rabbi to marry them, will they be accepted and counseled warmly and openly? Will their interest in honoring their Jewish heritage with a Jewish-style wedding be respected and appreciated? Or will they be made to feel that they are being judged for marrying the person with whom they have fallen in love, who happens not to be Jewish? Will they feel unwelcome in the very synagogues and communities which raised them?

An outstanding example of a cantor who “gets it” is Erik Contzius, who says “Let’s Stop Calling It ‘Intermarriage.’” He used to not officiate, but “Coming to understand how a hostile attitude from clergy turns young couples away from Jewish identity and practice changed my mind.”

I can almost guarantee that a couple of divergent religions will not affiliate, identify, or become otherwise involved with the Jewish community if they are turned away and thus invalidated by Jewish clergy who tell them that they will not officiate at their wedding.

Avram Mlotek, a courageous Orthodox rabbi, reports that he “encountered fierce opposition” to his op-ed about welcoming interfaith families and “ adopting a posture of radical hospitality,” but steadfastly believes that “providing a space that caters to every Jew’s spiritual needs — even if that Jew is married to someone of another faith — is the most practical way to ensure the future of the Jewish family.”

Two of the smartest thinkers on intermarriage happen to be senior leaders of the secular humanist movement. Rabbi Adam Chalom offers “Intermarriage Agony? Been There, Past That“:

So when the Conservative Movement grapples publicly with whether or not their rabbis should maybe consider a way to possibly be less than fully rejectionist, the arguments for inclusion are what we [secular humanists] have been saying and living for 40 years. We who have celebrated interfaith and intercultural families for a generation are pleased to have company, but like the woman in a board meeting whose ideas are overlooked until repeated by a man, we are not amazed. Better late than never, and better now than later, and still better to recognize that you are late to the party.

Today the Reform Movement trumpets its “audacious hospitality”, the Conservative Movement will accept non-Jews as members (with limited privileges), and intermarriage-friendly rabbis are easily found online at InterfaithFamily.com. The one piece missing in most of this dialogue is, “we’re sorry, we were wrong.” For the thousands of couples, families, and children pushed away by Jewish communal shortsightedness over the past decades, some teshuva (repentance) might also be helpful.

…a dishonest sociology…, promulgated by a handful of academicians who’ve been at it for decades…. Shmuel Rosner, a reporter who contributed to this latest effort, displays this confusion when he writes, “interfaith marriage leads to eventual assimilation.” Such purposeful oversimplification is not sociology, it’s smear. “Assimilation” is not the story we’ve seen for huge swaths of intermarried households. Intermarried Jews are involved in all Jewish denominations and most organizations. There are literally hundreds of thousands of exceptions to the supposed rule.

Golin argues that theism is the problem – most people do not believe in the concept held by most of organized Judaism of a God that answers personal prayers. I agree with Golin that “When there’s no magical ‘Jewish gene’ to perpetuate, Judaism must be about meaning and benefit. And if Judaism is meaningful and beneficial, why would we limit it to just Jews?” But while secular humanism may be an approach that would suit many interfaith couples, many others are interested in spirituality, and the religious movements could do a lot of work developing concepts of God and liturgies that express those concepts that contemporary couples would be far more comfortable with.

In his second piece, Golin uses the terrible situation of government of Israel reneging on a deal for egalitarian prayer at the Western Wall to point out that the Chief Rabbinate’s claim that liberal expressions of Judaism are invalid is not unlike liberal Jewish leaders’ claims that intermarriage makes a Jew “not Jewish enough.” I agree that his as usual trenchant comment: “policing of Jewish observance by Jews against other Jews is disastrous regardless of who’s doing it.”

Getting Married Without My Parents’ Blessing 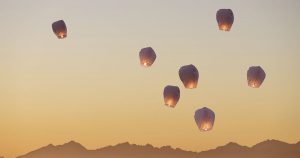