What distinguishes Mixed Matches from other books on intermarriage is its comprehensiveness. It deals not only with interfaith relationships, but also, 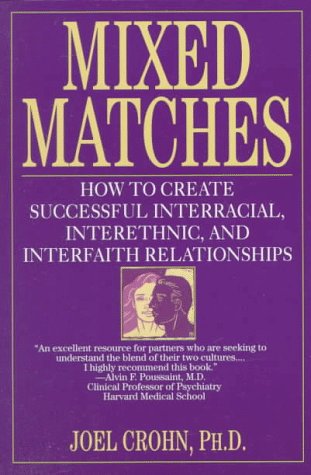 as the title indicates, with those crossing boundaries of race, culture, and ethnicity.

Since even relationships between those with similar backgrounds are complicated, it stands to reason that cross-cultural relationships are inherently predisposed to producing conflicts — many of which are not anticipated before the wedding vows are made. In fact, some of the qualities that attract people of diverse cultures to one another are the very ones that drive wedges between them once the honeymoon is over and the everyday business of daily life resumes.

The author focuses on specific themes, each of which is discussed in a different chapter. In the first chapter, “Special Challenges,” Crohn highlights particular issues partners in mixed matches are likely to face. These include having to sort out their own respective identities and being aware of the social context in which their relationship exists. Other themes in the book include understanding cultural conflicts within the marriage; clarifying cultural and religious identities; creating a family identity; dealing with parents, family, friends, and foes; and helping children to build a solid identity.

The chapter “Decoding Cultural Conflict” is of particular interest. It has to do with learning to recognize each partner’s different cultural perspectives. This, Crohn says, is a prerequisite to creating an ambiance of mutual understanding and preventing discord in a mixed match. Crohn has identified these six broad “organizing dimensions” that tend to be perceived differently by diverse cultures: time, the nature of the universe, cohesiveness of the family, emotional expressiveness, interpersonal relations, and gender roles. Even partners who have the same religion and ethnicity, he says, can encounter serious conflicts if they have been brought up in different cultural environments.

For example, Crohn describes an Armenian man and wife who share the same religion and ethnic heritage but who were brought up in vastly different worlds. The husband Sasha grew up in Tehran in a small Orthodox Christian enclave in the midst of a Muslim society. His wife Ellen grew up in a suburb of Philadelphia in a predominantly white Protestant community. Not long after they were married, and without consulting his wife, Sasha invited his cousins, a family of four, to stay with the young couple for a few days in their cramped, two-bedroom apartment. Ellen was shocked — and angry — that her husband had extended the invitation without involving her in the decision-making process. An argument ensued between the two that was shaped by their different cultural assumptions, including the nature of family obligations and the division of power between men and women. Despite their shared cultural tradition, Sasha and Ellen needed to resolve “cross-cultural” conflicts in order to sustain a successful relationship.

Over thirty-three million American adults live in households with someone of another religious faith. The number of couples in mixed ethnic, racial, and cultural relationships (regardless of religious affiliation) is also on the rise. Thus, though this book was written in 1995, its relevance has clearly not diminished.

Crohn offers constructive and practical advice and is never preachy. The book is a worthy read not only for those directly involved in mixed matches, but also for family members of the partners — parents, siblings, in-laws — who wish to help create a cohesive and culturally tolerant — if diverse — extended family environment.

Marlena Thompson was part of an interfaith marriage that lasted almost 25 years before her husband died in 2003. She is a writer and singer/storyteller living in the Washington DC suburbs and visits Ireland whenever possible. Her mystery novel, A Rare & Deadly Issue (2004), has an interfaith heroine and can be ordered at www.pearlstreetpublishing.com. 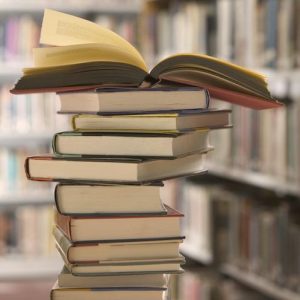