On Shavuot, Jews celebrate Matan Torah, the Giving of the Torah. If you didn’t grow up Jewish, or even if you did, you may not know much about Shavuot. Although Shavuot is one of the Shelosh Regalim (the three Pilgrimage Festivals), equal in importance to Passover and Sukkot, it’s less commonly celebrated than the other two holidays. Maybe this is because Shavuot doesn’t have a well-known home component, like the Passover seder (celebrated by more Jews than almost any other Jewish ritual) or the sukkot (huts) some Jews build outside of their homes on Sukkot. Maybe it’s because Shavuot comes at the end of the school year, so even if you have kids in a Jewish preschool, religious school or day school, there’s not as much time available in the curriculum to focus on Shavuot (and of course, this year, they’re not in school at all). Whatever the reason, I for one would love to see a change, and for more people to learn about Shavuot, and celebrate the holiday in meaningful ways.

In that spirit, as Shavuot approaches, I have seven suggestions for how to make the holiday more meaningful. Why seven? Because Shavuot marks the fiftieth day after the start of the counting of the Omer. (We begin counting the Omer, which links Passover to Shavuot, on the second night of Passover.) Shavuot (which means “weeks” in Hebrew) marks the completion of counting seven weeks of seven days.

1. Read the Book of Ruth. Traditionally, the Biblical Book of Ruth is read in synagogues on Shavuot. Ruth’s story is read on this holiday for several reasons:

a. The Book of Ruth describes the harvest season and Shavuot is also known as Hag HaKatsir, the Harvest Festival.

b. On Shavuot, when Jews celebrate God’s giving—and the Jewish people’s accepting—the Torah, we read of Ruth’s willingly entering into the Jewish faith and thus, according to Jewish understanding, a life of Torah.

c. The end of the Book of Ruth describes the lineage of King David, who is Ruth’s great-grandson. According to Jewish tradition, King David was born and died on Shavuot.

Even if you don’t go to services on Shavuot, you can read and discuss the story of Ruth with family members or friends. Ruth is often celebrated as the first Jew by Choice, but I think she really should be celebrated as a woman in an interfaith marriage who helps to ensure the Jewish future.

3. Attend a Tikkun Leil Shavuot. There’s a wonderful custom of staying up all (or part of) the first night of Shavuot to study Torah. One of my personal favorite Shavuot experiences was when I was living in Jerusalem and I spent all night learning at a Tikkun Leil Shavuot and then at sunrise walked with the rest of the people attending the Tikkun to the Kotel for the morning service.

Look online to see if a synagogue or other Jewish organization near you is having a virtual Tikkun. 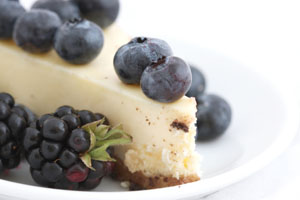 4. Make (and eat!) Dairy Foods. It’s customary to eat dairy foods like cheesecake and cheese-filled blintzes on Shavuot. Some say that this is because the Bible compares Torah to “honey and milk…under your tongue” (Song of Songs 4:11). Another explanation is that when the Israelites received the Torah and learned for the first time the laws for keeping kosher, they didn’t have time right away to prepare kosher meat. In order not to eat meat that wasn’t kosher, they ate dairy. And so, on Shavuot, when the Giving of the Torah is celebrated, many Jews eat dairy in commemoration of how the Israelites ate when they first received the Torah. Find some fun recipes here.

In keeping with the tradition of eating dairy on Shavuot, after dinner on Shavuot I like to put out different flavors of ice cream and bowls with all kinds of toppings for everyone in my family to make their own ice cream sundae. My kids love doing this—and so do I!

5. Bake a Special Challah. Even those familiar with the braided challot for Shabbat and the round challot traditionally eaten on Rosh Hashanah may not be aware of the tradition of having specially shaped challot for Shavuot. This Shavuot, bake a challah in the shape of the Ten Commandments, as mentioned above, or in the shape of a Heavenly Ladder, a Torah or Mount Sinai (where God gave the Torah to Moses). To learn how to make these challot click here.

6. If You Have Young Children, Read Books Related to Shavuot: Check out PJ Library for a list of Shavuot books.

7. Attend a Shavuot Service (Virtually). In Israel and most Reform and Reconstructionist congregations outside of Israel, Shavuot is observed for one day. In Orthodox and most Conservative congregations outside of Israel, Shavuot is observed for two days. In many congregations, Confirmation (a group ceremony, generally at the end of tenth grade, celebrating the completion of a religious curriculum) is celebrated on Shavuot. Not only is Shavuot near the end of the school year, but the association of Shavuot with the Giving of Torah is thematically connected to the study of Torah acknowledged at Confirmation as well as the idea of students committing themselves to a life of Torah. You can look at the websites of local synagogues to find out when their Shavuot services are being held.

Chag Sameach! Have a happy holiday! 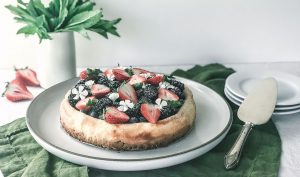