Lag b’Omer: A Jewish Holiday That Is a Picnic

What holiday is not mentioned in the Torah or any other Jewish source until the 13th century and has no particular foods associated with it? The answer is Lag b’Omer.

The Torah does command us, in Leviticus 23:15-16, to begin on the second night of Passover to count the Omer, the seven-week period between Passover and the next ancient pilgrimage holiday, Shavuot. The word omer means sheaf and was a measure of grain from the new barley harvest cutting that the ancient Israelites brought to the Temple on the second day of Passover. The barley was processed into flour; some of it was burned and the rest was eaten by the priests.

Wait … kebabs? I thought this holiday was about barley!

The seven-week period is a period of mourning when many traditionally observant Jews do not shave or get haircuts or hold marriages or public festivities. The “lag” in Lag b’Omer is a combination of the Hebrew letters lamed, which stands for the number 30, and gimmel, which stands for the number three. The date was significant in the second century Jewish rebellion against the Romans under the leadership of Bar Kochba, though the retelling of the event in the Talmud is confusing. In that story, students of Rabbi Akiva, who supported the rebellion, were supernaturally healed from a plague on the 33rd day of the Omer.

Since Jewish holidays nearly always have symbolic foods associated with them, why didn’t anyone create something with barley or flour for this holiday? We’ll never know. Instead, we have another food tradition. Joan Nathan, in her Jewish Holiday Cookbook, calls Lag b’Omer “a time for picnicking.” She suggests roast chicken, eggplant salad, German potato salad, Moroccan carrot salad, fresh fruit and cookies.

Of all my many Jewish and Israeli cookbooks, the only one in my collection that actually devotes an entire chapter to Lag b’Omer food is A Taste of Tradition by Ruth Sirkis. She says the traditional bonfires of Lag b’Omer mark the beginning of the outdoor cooking season and recommends pickle dip, tehinah dip, mini relish trays, mixed grill (shishlik and kabab), pita, baked potatoes, baked corn, fruit and lemonade.

Here are some tips and recipes for grilling on a skewer:

Place potatoes in a saucepan and cover with water. Bring to a boil, reduce heat and cook for 15 minutes. Drain and place in a bowl.

Thread remaining potatoes and onions on extra skewers. Grill skewers 3 inches from the heat, 5 minutes on each side (for medium rare), more for well done, basting with marinade before turning.

Core and seed peppers, cut into 1×2 inch (2×5 cm) pieces. Add to marinade along with mushrooms. Place in refrigerator at least 4 hours.

Place onion quarters on a plate and brush with some of the marinade.

Thread meat on skewers, alternating with vegetables and allowing 3 pieces of lamb per skewer.

Grill 3 inches from the heat for 5 minutes per side for medium rare, brushing with marinade when turning.

Using one skewer for each vegetable, thread onto skewers allowing ½ inch (1 ½ cm) between each.

Place marinade in a bowl. Slide cooked vegetables off skewers into marinade and toss.

Sybil Kaplan is a food writer and cookbook author who lives in Jerusalem. 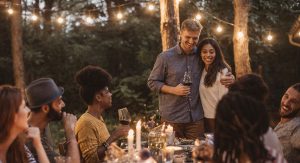 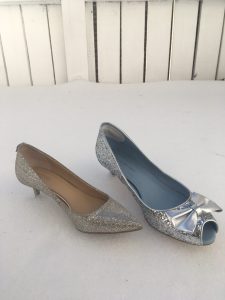 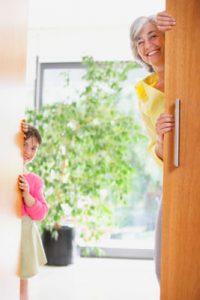 Sukkot Reminds Us to Treat All Visitors as Honored Guests 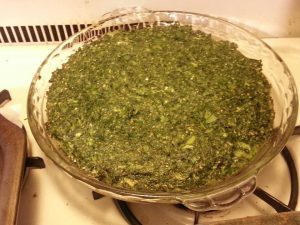