Why am I an unaffiliated Jew? In many ways, I should want to join a congregation. I’m in my early 30s. I’ve had a bar mitzvah. I’ve traveled to Israel. I enjoy celebrating Jewish holidays, including Shabbat. Passover is my favorite time of the year, and my wife and I love hosting our annual interfaith-humanist-vegan seder with friends of many faiths. The central question of why I am not a member of a synagogue, and why I have no desire to join one, spawns more questions:

Many of us have read articles about shifting demographics, aging congregations, low service attendance and the increasing number of unaffiliated Jews. Many of these articles pit affiliation and unaffiliation against one another as competitors, with blame often irrationally ascribed to young Jews, especially those who fall in love with someone of another faith. These articles resemble conversations I’ve had over the years with older affiliated Jews, in which being young, Jewish and unaffiliated was treated as a temporary illness that would cure itself once the patient got married (to another Jew) or had children. What is often missing from these discussions is the spiritual value of being unaffiliated, and how creating Jewish moments outside of a synagogue can be meaningful and fulfilling.

My childhood experiences in a Reform synagogue convinced me that religion was something you learned and performed, whereas spirituality was something you felt and experienced in the secular world. The first crack in this logic occurred in college when I read the “Song of Songs.” Then I attended a few events sponsored by the campus Hillel group, enrolled in a Hebrew language course and delved into Kafka’s works. I began to associate Judaism not just with coldness and formality, but with intellectual curiosity and growth.

Years later I participated in a Birthright trip to Israel where music, nature, spontaneity, adventure, politics and Judaism intertwined. Judaism became bigger, complicated and more interesting. I was living at the time with my girlfriend (now my wife) who was raised Christian but has an aversion to all organized religion and rituals that tend to suppress individuality. So when I got home from Israel and was suddenly very excited about Judaism it freaked her out a little bit. But she could see that I was inspired, and so we began celebrating Shabbat together on Friday nights. We’d put out the challah, grape juice and candles, and I’d recite the prayers in Hebrew and English. But it all felt just as cold and empty as the rituals from my childhood; none of the vibrancy that I felt in Israel was there.

I began to wonder whether the missing ingredient was community. I drew up a list of about 15 Reform and Renewal congregations in the Boston area and visited one every Friday night. I mumbled along with the prayers and songs, but it wasn’t inspiring. The predictability of the services, together with the congregation’s passive reliance on their rabbis felt all too familiar. Although this familiarity provided sentimental comfort and a sense of belonging for me, since my girlfriend was not raised Jewish, nothing was familiar to her, and she didn’t share the sense of comfort that I felt for the objects, rituals and language. Going to these various congregations with an interfaith partner was immensely valuable for me, because it caused me to ask myself these questions:

After attending dozens of synagogues both familiar and alternative, I was frustrated with myself for not feeling satisfied. I asked a rabbi whom I had been meeting with if I should just pick a synagogue, stay for a while and hope that it eventually felt right. His memorable response: “Keep looking. When it comes to religion you should never settle; you should be inspired.”

My girlfriend encouraged me to try one more place, and to our surprise it seemed perfect for us. The community lived within its means, renting rather than owning a space, which lessened the financial burden on the congregants. There was spontaneous conversation and dancing during services. The rabbi was explicitly welcoming of every type of person, a strong supporter of lay participation and able to connect Jewish teachings and rituals to the reality we live in. We became members and joined the shul band, and a year later I was asked to join the board.

Although the congregation’s practices were very alternative and free-spirited, it turned out that the key decision-makers in the community were just as obsessed with preserving their own way of doing things as I had found at the more formal synagogues. Deviations from their norm were considered inappropriate and without value. It pained me to hear board members refer to non-members (and even new members) as “outsiders.” During one meeting, several board members decided that the purpose of services should always be to satisfy the congregants who have been there the longest, rather than engaging with younger generations. I soon felt like a distant member of a community built for others’ needs. I resigned from the board several months later and the following year we did not renew our membership. 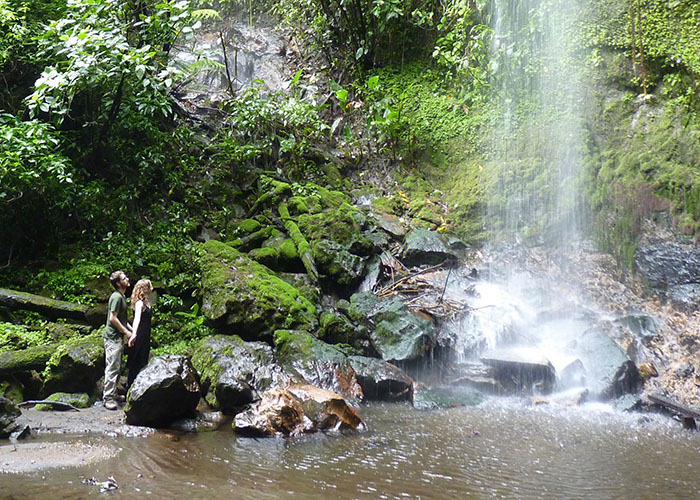 Being unaffiliated does not prevent someone from being Jewish. It took me a while, however, to understand that being unaffiliated also does not prevent someone from having meaningful Jewish experiences. My wife and I are finding inspiration by celebrating Jewish holidays in our own way, tweaking traditions and developing new ones that have emotional and intellectual meaning for us. Some work, some don’t. In addition to our annual seder we’ve started a Yom Kippur tradition with a fellow interfaith couple: a day of fasting, focused conversation, meditation and a nature walk. I’ve also officiated my maternal grandparents’ funerals. These experiences require self-reliance and effort, and that’s in large part what makes them so special.

As much as we enjoy our Jewish life outside synagogue walls, there are many things that congregations provide that a couple like us simply cannot: a place for communal prayer, access to rabbis steeped in knowledge and a support network. There is a beautiful timelessness in large groups of people gathering together in a single space.

While I’m not planning to join a congregation—my needs have changed—many Jews and interfaith families desire to find a community that fits their needs. For congregations looking to grow, rather than speak only to those already in the building (those who already understand the coded behavior and language, those who share the same expectations of a service experience), rabbis and their congregants could look around and notice who is not in the seats. Cultivating a community of explicit (rather than implicit) inclusiveness requires open, honest conversations among rabbis and congregants about their community’s core mission, the unintended consequences of existing cultural norms and the potential for change. Here are some questions that I think about, and that I hope unaffiliated and affiliated readers can ponder and help me better understand: