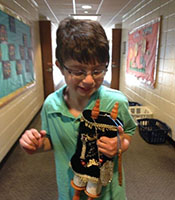 Meet Jake: He’s a student at Gateways: Access to Jewish Education.  After more than two years of studying, Jake will become a bar mitzvah this fall. How does Jake #ChooseLove?

Jake loves the Torah. He stands up proudly as he carries it in his arms, declaring “I’m doing it independently!” He places the Torah in the ark with great tenderness, stroking its velvety cover before he says goodbye and closes the door. 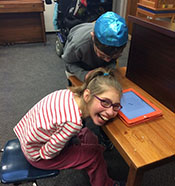 Jake loves his classmates. He leans in toward his friends and says hello as he peers at them through his thick glasses. Jake doesn’t seem to mind that one classmate is in a wheelchair, or another struggles to sit still during class; he simply loves them. When Jake goes to a separate room for individual tutoring, he asks where his friends are. And he asks to sit next to friends in circle or during prayer services, where he basks in their presence. 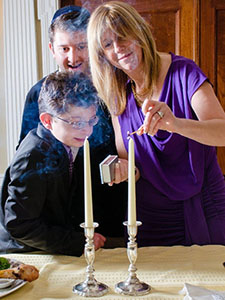 Jake loves praying. When he hears the class begin to sing prayers, he rocks back and forth and flaps his hands with a look of pure euphoria on his face. Now that Jake has learned to sing the prayers himself, he joins in with the same enthusiasm as fans cheering at a football game (and often the same volume). Jake understands that we direct our prayers to God, and has remarked: “I love Eloheinu.”

Jake loves Judaism. The joy he feels when studying, praying or celebrating a holiday is palpable. He wears his kippah (small head covering worn in synagogue) with pride. He feels at home in his synagogue and in his religious school. He gleefully uses Yiddish words, saying “I am a little vantz*” after a moment of mischief. 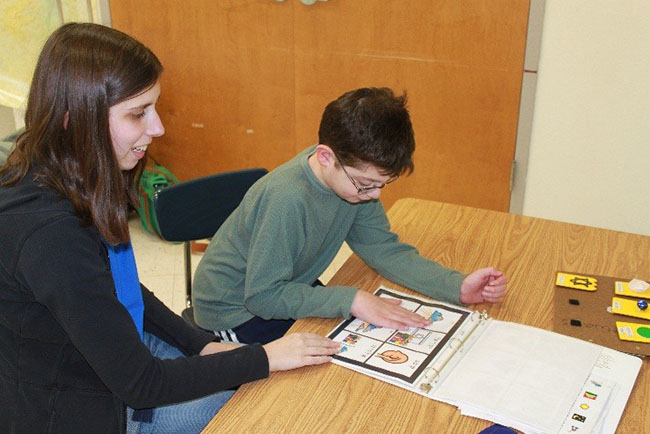 Jake chooses love, and we, his teachers, #ChooseLove, too. We love teaching Jake and watching him learn. We love the challenge of making lessons and materials accessible to him. But most important, we embrace both Jake’s strengths and his special needs, and we love the unique, mischievous, delightful young man that he is becoming.

*A vantz literally means a louse, and is slang for troublemaker.

There are so many ways to #ChooseLove! See how InterfaithFamily chooses love.