Couples still wrestle with loyalty issues towards their family of origin. (“I can’t imagine telling my parents I’m not going to be married in a church/temple.”) The worry about hurting one’s parents is actually quite normal; it suggests a relationship that matters, perhaps even closeness. These concerns are heightened if parents have lost family members in the Holocaust. And loyalty towards one’s parents and lineage can be a factor even if those parents are no longer living. When the pull of one’s partner and of the past conflict, it can be stressful for everyone involved.

Couples continue to grapple with choosing one religion versus practicing both religions in their home. This inevitably brings up the issue of loss, and each partner feels it. Neither one is marrying someone who shared the same traditions, belief system, food, identity, etc. Now they may be the only one practicing certain customs in their home. Compromises are essential, but who gives in and on what issues can be challenging questions. It’s not that uncommon to find that decisions made early in the relationship feel less comfortable with the arrival of a child.

Holiday celebrations, affiliation with church or synagogue, and religious school education are among the obvious decisions interfaith couples confront. However, interfaith issues may also affect where people choose to live, which causes they support, and with whom they socialize. As with any differences in background or experience, couples may experience difficulty in these arenas.

Even though most major issues persist, I believe today’s interfaith couples have the distinct advantage of sheer numbers. The upsurge in interfaith relationships in the past three decades caused quite a stir and much discussion in the organized Jewish community.

Though the percentage of Jews marrying those who are not Jewish plateaued, the Jewish community has become increasingly responsive to their needs. As a result, interfaith couples and families can find myriad programs to help them explore interfaith family issues at synagogues and Jewish community centers. They can also find support for choosing “both” religions in groups and in the publication Dovetail.

These changes have a profound effect on the daily lives of interfaith families. Married interfaith couples are, for the most part, more accepted by their families and the community. Most families have been touched by interfaith marriage. Experience has taught us that most Jews who marry out of the faith do not do so to spite their parents or to reject Judaism. As more parents observe that children who decide to have an interfaith marriage increasingly choose Judaism, they are less likely to antagonize the couple or to push for conversion. Rather, they can view their role as the providers of a welcoming Jewish home replete with customs, food and knowledge.

Today, more temples have specific interfaith programs or outreach committees and send a clear, welcoming message. And more rabbis have become sensitive and sympathetic to interfaith issues. The increased temple membership of interfaith families, particularly in Reform settings, contributes enormously to the comfort of these families in Jewish life.

The end of the century may be a source of anxiety for some, but I think it’s a time of optimism for interfaith couples. Jewish organizations are opening their doors and offering an increasing variety of programs. Though they continue to discourage interfaith marriage, Jewish families and houses of worship do not want to turn their backs on their children.

Debbie Whitehill, MSW, LICSW , is consultant to the Intermarriage Program at Jewish Family and Children's Service in Boston, Mass.

Debbie Whitehill, MSW, LICSW , is consultant to the Intermarriage Program at Jewish Family and Children's Service in Boston, Mass.

How Hanukkah, Christmas and a New Baby Inspired My Children’s Book 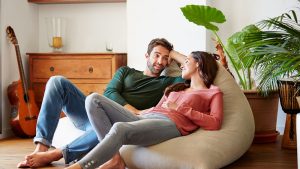 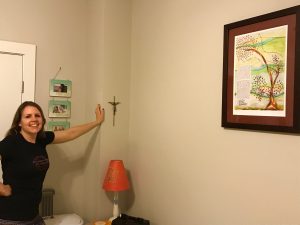 Should Our New Home Have a Cross or a Mezuzah (or Both)?