Is Heaven Denied to an Unbaptized Child: For Catholic Parents with Jewish Children

As pastor of a Catholic church, I sometimes counsel Catholics in interfaith marriages who are struggling with the issue of baptism. Many of these people were brought up believing that if they did not baptize their children, the children would not go to heaven. Doctrine has changed dramatically since they were young, however, and we now teach that God saves all peoples, not only Christians. Everyone is welcome in the kingdom of heaven. The Church has also strongly affirmed its belief that the promises made to the Jewish people have never been revoked and that our faith in Jesus in no way diminishes the place of the Jewish people as God’s chosen people.

Prior to the Second Vatican Council (1962-1965) of the Catholic Church most Catholics were taught that unless you were baptized you could not go to heaven. The custom of baptizing infants as soon as possible after birth was predominant. Many times, in fact, mothers did not attend the baptism because it took place so soon after birth. People were encouraged not to bring their child out of the house until the child had been baptized.

This popular approach to the sacrament of baptism was based on a literal interpretation of a Christian Scripture from the Gospel of John, chapter 3, where it is written, “Unless a person is born again of water and the spirit, they can not enter the kingdom of heaven.” Because of this it was customary, for example, for a Catholic nurse in a crisis situation to baptize babies in hospital even without seeking parental permission. There was a strong focus on “saving” babies from dying without baptism. Today this is radically changed in the Catholic Church.

The Church today believes in the interpretation of Scripture–both the Hebrew and Christian texts. So, for example, when we read Genesis we do not take the stories of creation as described in chapters 1 and 2 as literal descriptions of the historical creation of the world. We see them as faith stories that have a message but use the myths and stories of ancient times. In other words, we interpret the text. This principle of interpretation is common to many Jewish traditions and Christian ones as well. Thus, the interpretation of Christian Scriptures and the words of Jesus allow us to understand the meaning of the text in a different manner. We do not see the aforementioned passage from John’s Gospel as physically requiring a baptism. It needs to be seen in the wider context of all of Jesus’ teaching in which he speaks of God’s universal salvific will. This newer interpretation is a part of the common understanding of the Catholic Church today. We believe that God saves all peoples, not only Christians.

With this newer understanding, the meaning of baptism has also shifted. It is seen today primarily as an entrance ritual for those entering the community of Christian faith. A person who is not baptized is equally loved by God, but is not a member of the Christian community. In fact, after the Second Vatican Council, a new ritual of infant baptism was developed that is almost exclusively focused on parents. The ritual stresses sharing the faith with the child and raising him/her in the Christian community. The washing in the water and anointing with oil are principally significant of becoming a member of the Christian faith community. This has resulted in a new look at baptism among Catholic parents. It no longer is something they rush to out of fear that their child might not go to heaven. Rather it is a ritual they plan and for which they often gather as many people as possible to celebrate the child’s birth and new beginnings in the life of the Church. Baptisms are now sometimes celebrated in the context of a Sunday Mass–again to reflect this idea that baptism means entrance into the community.

The Jewish origins of baptism are better understood in light of this newer approach to baptism in the Church. The early Christians adopted the practice of Jewish baptism and used it as a ritual for new converts to Christianity. As a convert to Judaism would be asked to bathe in the mikvah (ritual bath) and perhaps be given a new name, so Christians entering the Church bathe in the waters of the baptism font and are named, usually after a Christian saint. Baptism, like the ritual bath in the mikvah, marks a return to the womb and rebirth into a new life of faith.

For interfaith couples who have chosen to raise their children within Judaism, problems with regard to not baptizing their children arise because traditions do not die easily. It would not be uncommon, for example, to have a relative, perhaps a grandmother or grandfather, who might be very upset that the baby is not baptized. Pressure can often be felt by interfaith couples to “at least have the child baptized secretly” so that if anything happened the baby would go to heaven. These notions remain long after the theology and practice of the Church has changed. Hopefully, if the couple understands today’s approach of the Catholic Church, it will be easier for them to explain to “nervous” relatives that it is okay if their baby is not baptized.

More work needs to be done with interfaith couples to be secure, themselves, in the decisions they make about raising their children. Otherwise, ancient customs and traditions can rise like ghosts from some deep place to haunt and disturb a good marriage. If not attended to properly, these ancient traditions can erode even the best of marriages.

Reverend Walter H. Cuenin is the Catholic chaplain and the coordinator of the Interfaith Chaplaincy at Brandeis University. He was ordained a Roman Catholic priest at St. Peter’s Basilica in the Vatican in 1970 and received his doctorate in sacred theology from the Gregorian University in Rome in 1977. He is a panelist on “Talking Religion” a regular interfaith radio program each Sunday, sharing the program with a Jewish and Muslim leader. He is President of the Massachusetts Bible Society. 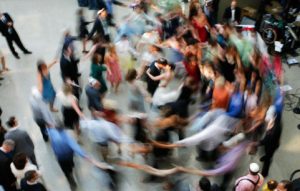 Where Are Your Kinsmen? 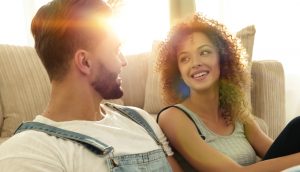 Talking about Your Religious Beliefs: Advice to Interfaith Couples