Intermarried Rabbis Are Not the Problem 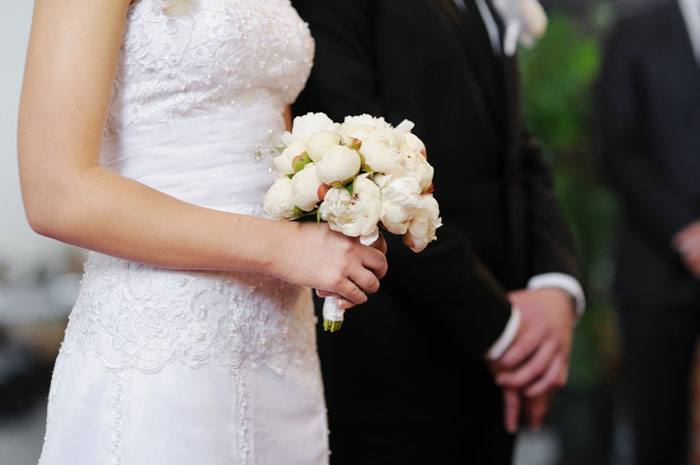 My friend Marcus and I were in rabbinic school together. He was a rebel, a guy who reflexively said no when anyone said yes. No one could tell him what to do. He was raised in a predominantly Jewish community in New Jersey that unceremoniously fled en masse for the suburbs when the first black family moved into town. (We don’t like discussing this, but Jewish families were certainly in the first waves of white flight). He says that he was the only white kid whose family stuck around. Within four years he was the only white kid on the block. This, Marcus says, is the crucible in which he learned to be his own man.

Marcus exercised his rebellious philosophy at various times in rabbinic school. His biggest “no one can tell me what to do” was his girlfriend Nonnie. Nonnie was not born Jewish. She came from a hippie family that lived for a time on a commune and who worshipped the sacredness of the cosmos in a pretty eclectic way that generally included cannabis and ’shrooms. Nonnie was what demographers call unchurched. She rarely went to Jewish/school events with Marcus. Then again, Marcus rarely went.

When the dean of HUC took Marcus aside a year before ordination and told him that in order to be ordained Nonnie had to convert, he was, as you might imagine, a tad upset. Marcus fought and cursed, but in those days the notion that a rabbi could have a significant other who wasn’t Jewish was ludicrous. But Nonnie converted, albeit without much joy. They got married, had a kid three years later and divorced two years after that. It still makes Marcus angry that he was forced into a series of actions he opposed.

According to Professor Steven M. Cohen, a sociologist at HUC known for demographic studies of American Jewry, “in-marriage” has historically “been central to what it means to be a Jew.” Its modern importance, he explains, is amplified because of the ongoing population decline among non-Orthodox Jews, which he attributes largely to intermarriage.

Cohen also argues that American Jews put “rabbis at the top of the symbolic hierarchy.” As a result, “it is logical for rabbinical schools to hold rabbis to higher standards.” While Cohen affords some merit to the suggestion that intermarried rabbis could serve as models for interfaith communities, he cautions that “we don’t know for sure what the impact of having intermarried rabbis will be upon those families.” We do know, he says, that “intermarried rabbis will have no chance of teaching the next generation the importance of marrying Jews.” Or at least, so he said in 2009.

Nearly all of the country’s rabbinical colleges have firm policies that prohibit the admission and ordination of students who are in committed relationships with partners who are not Jewish. Even as interfaith couples are increasingly being welcomed into congregations of all denominations, they are effectively barred from pursuing the rabbinate.

But as Bob Dylan adjures, “the times they are a’changing.” The Reconstructionist Rabbinical College, which ordains rabbis for the denomination’s more than 100 congregations across the country, just ended their policy prohibiting applications from students in interfaith relationships. Says Rabbi Deborah Waxman, Ph.D., president of the Reconstructionist Rabbinical College, “We believe that the only strategy that will work in today’s world of choice is one that engages rather than polices, one that truly welcomes and provides role models for intermarried Jews rather than one that disowns them.”

And Keren McGinity, a former member of TBA opines, “the Reconstructionist Rabbinical College’s new policy to welcome and graduate Jewish students who are in committed relationships with partners of other faith backgrounds is an excellent, forward-thinking decision.”

But Jane Eisner, editor of the Forward, disagrees with McGinity’s assessment and she disagrees with the RRC as well. Eisner, a friend and fellow Wesleyan grad who spoke here for the Margaret Miller Memorial lecture series, hangs onto the atavistic belief that intermarriage is the biggest crisis for American Jewry. She writes that letting interfaith people get too involved, too close with Jewish life is dangerous. She says that “… at some point… inclusion leads to diminishment. At some critical point, boundaries become so porous that they no longer function as boundaries, and standards become so vacuous that they lose all meaning. This decision brings the Reconstructionist movement to that point, and to the degree that it places pressure on other denominations—and history suggests that it will—then it risks damaging our religious, moral and spiritual leadership at a time when we need it the most.”

It would be wonderful to find a true whipping boy for the various phenomena that plague postmodern American Jewry. If we could just say intermarriage is the cause of our troubles we can spend a lot of money trying to fix it, lest we damage “our religious, moral and spiritual leadership” beyond repair. But as Rabbi Waxman says, “For those of you still fighting, the battle was lost years ago. The Pew report, citing that 58 percent of marriages since 2005 are intermarriages, has disabused all of North American Jewry of the notion that Jews intermarrying can somehow be stopped by pressure from families, rabbis, or editorials from editors of Jewish publications.”

The true threat to American Jewry, and to mainline Protestant denominations and to Catholicism is the extent to which Americans consider religious and church/synagogue affiliation important. More important than soccer practice, ski trips or sleeping late on weekends. For Jews a synagogue must be a place that provides meaning and community and connection and fun. A synagogue must be like Cheers, where everybody knows your name. That’s the real work of Jewish survival, not who the rabbi is married to. And to provide that kind of institution is hard and will only become harder.

It would be so much easier to make intermarriage the bugaboo. But it’s not. To make a synagogue relevant and worthwhile for millennials as well as baby boomers is complicated and will require more and more nontraditional solutions. Eisner’s idea that too much inclusion leads to diminishment is an outdated Conservative movement cry—that has led them over the cliff.

As Tevye said to Golda, “It’s a new world.” That must be our mantra now as we consider our trajectory as American Jews, and as a Reform temple in Newton, MA. We are going to have to be courageous and audacious as we dare to move in new ways. Looking back with yearning is not a recipe; just ask Lot’s wife.