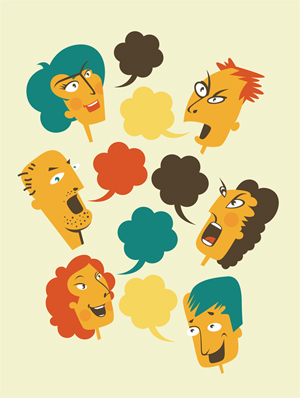 We’re back from Passover and there was a flurry of commentary about intermarriage in the Jewish media. Last week Benjamin Maron blogged about Rabbinical Students and Intermarriage, picking up on Rebecca Goodman’s February post on Rabbis and Intermarriage. This is all started when Daniel Kirzane, a rabbinic student at the Reform movement’s Hebrew Union College and the child of intermarried parents, wrote in a debate in Reform Judaism magazine that that seminary should admit students with non-Jewish partners — which it currently does not allow. (This debate has been going on at least since I blogged about it in 2009.)

Benjamin pointed out that a Reform rabbi, Mark Miller, wrote a rather scathing article in the Times of Israel, lamenting Reform Judaism’s supposed “embrace of assimilation.” I want to bring to your attention Aliza Worthington’s very powerful response, also in the Times of Israel, Rigidity is the real threat to Jewish continuity. Worthington tells her personal story of Jewish engagement despite — or perhaps because of — her own intermarriage, the welcome she and her husband received, how she shares Judaism now with her children — and then describes Miller’s response to Kirzane as follows:

You are taking people who have chosen Judaism — chosen it! — and shoving them away. Here is someone [Kirzane] who was born of an intermarriage of faiths, and he not only chose Judaism to follow, to study, but to live and to teach! And you belittle his parents’ love because it somehow makes his Judaism less authentic to you? You deny him his learning and his future livelihood should he fall in love with someone who is not Jewish? You’re worried that a rabbi who marries a gentile is threatening and disgraceful to the Jewish faith? Even though he cherishes Judaism?

I respect your education and career. I admire your devotion to our shared faith. I worry, though, that you have grossly misidentified the real threats to Judaism: Sanctimony, Superiority, and Judgmentalism.

…the problem is the absolutism and rigidity of those who write off and bash Jews who intermarry or subscribe to a different religious philosophy. Attacking and disowning a fellow Jew who decided to marry a Catholic isn’t just wrong. It’s also impractical.

Is the peanut gallery that claims to have been invested with the power to define “real Judaism” and therefore insult all other Jews who don’t fit that definition, prepared to repudiate a huge portion of the next generation of American Jews? Perhaps their energy would be better spent appealing to rather than insulting Jews, in order to ensure the continuity of the Jewish people.

Sadly, again, Feder’s article attracted more nasty comments — but Worthington had what I hope is the last word: “Thank God for kids like you who are thinking, educated, engaged, open-minded, compassionate, and articulate. You are the future of a strong, healthy Judaism. Thank you.”

The nasty comments are unfortunate but they aren’t really the point. There will always be people at the extreme who see their way as the only way and intermarriage as intolerable — just as there will always be people who are extremely passionate about the potential for positive Jewish engagement by interfaith families. But I wonder what this exchange of commentary demonstrates about the attitudes towards intermarriage of the “great middle.”

With the same-sex marriage cases recently before the Supreme Court, there has been much in the secular press, less about the extremely pro and extremely con voices in that debate, but much more about the revolution in attitudes of the “great middle” in favor of marriage equality. Is Feder’s survey — and remember, it’s from a Jewish high school — representative, indicative of a great shift in attitudes among younger Jews which will push negative views like those of Rabbi Miller to an ineffectual extreme? I wonder.