Interfaith Celebrities: The Tonys, From Sheen to Kutcher, a Beatle Wedding, and Football 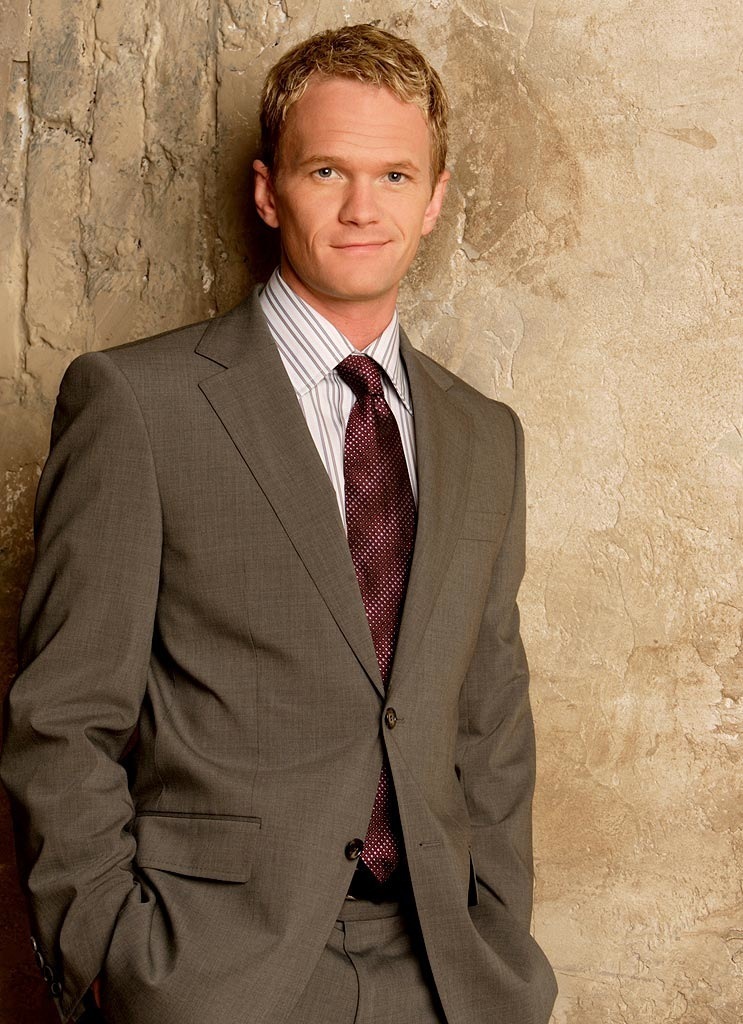 The American Theatre Wing’s Tony Awards ceremony for excellence in the Broadway theatre will be broadcast on CBS on Sunday, June 12, at 8PM. The awards will air live in the Eastern and Central Time Zones with a tape delay on the West Coast.

Neil Patrick Harris will host and about twenty celebrities will appear as presenters. As of press time, three Jewish/interfaith celebs have been confirmed: Joel Grey, 79; Matthew Broderick, 49; and Daniel Radcliffe, 21. (The latter two actors, who identify as Jewish, are the sons of Jewish mothers).

All three guys are “connected.” Broderick was once engaged to Jennifer Grey, Joel’s daughter. Radcliffe is currently starring in a Broadway revival of How to Succeed in Business without Really Trying, playing the same role that Broderick played in a 1995 revival. Interestingly, Robert Morse, who created the role in 1961, is scheduled to appear at the awards. I suspect that a special How to Succeed number or comic bit, featuring all three actors, is going to happen

Playwright Eve Ensler, 58, whose late father was Jewish (her mother is not Jewish) will receive the Isabelle Stevenson Award. The award began in 2009 and is presented to “an individual from the theatre community who has made a substantial contribution of volunteered time and effort on behalf of one or more humanitarian, social service or charitable organizations.” In 1998, Ensler, author of The Vagina Monologues, co-founded V-Day, a global activist movement to stop violence against women and girls

Chicago’s Lookingglass Theater Company is this year’s winner of the Regional Theater Tony. It was co-founded by Jewish actor David Schwimmer, 44.

By the way, Schwimmer and his wife, photographer Zoe Buckman, who is of interfaith background, had their first child, a daughter, on May 8, 2011.

Below are the Jewish/interfaith Tony Nominees in the best original score, acting and directing categories. 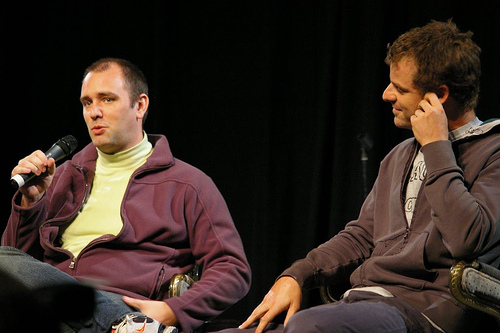 Best original musical score (music and/or lyrics): John Kander, 84, (music/lyrics) and the late Fred Ebb, for Scottsboro Boys, a show about a famous racial injustice case. Also nominated for best score is Alan Menken, 61, (music only) for Sister Act, and David Yazbek, 51, (music/lyrics) for Women on the Verge of a Nervous Breakdown. Another nominee in this category is Matt Stone, 40, for The Book of Mormon. This satirical musical about Mormon missionaries features music and lyrics by Stone, Trey Parker and Robert Lopez.. Stone and Parker, who are famous as the creators of the animated TV show, South Park, are also nominated for best book (story) of a musical.

Stone and Yazbek are the sons of Jewish mothers. The rest of the nominees mentioned above have two Jewish parents except for Parker and Lopez, whose parents are not Jewish.

Josh Gad, 30, who was raised Orthodox, is nominated for best actor in a musical for The Book of Mormon. Vying for the Tony for best featured actress in a play are: Ellen Barkin, 57, for The Normal Heart; a play about the AIDS epidemic by Jewish playwright Larry Kramer, and Judith Light, 62, in Lombardi, a show about the famous football coach.

Joel Grey is nominated for best direction of a play for The Normal Heart.

A few weeks ago, CBS announced that Ashton Kutcher, 33, will replace Charlie Sheen, 45, as one of the two co-stars of the hit CBS series, Two and a Half Men.

There is a bizarre, “sort of Jewish” connection to this cast change. As I’ve written before, Sheen was fired for his erratic behavior. This behavior included chiding Chuck Lorre, 58, the serie’s Jewish creator/head producer, with remarks that many took as anti-Semitic.

When confronted about his remarks, Sheen denied being anti-Semitic and replied, in his defense, that his ex-wife, Brooke Mueller, is Jewish. (She does have a Jewish mother.) Then Sheen claimed that his mother is Jewish. She is, in fact, a Protestant of Southern Baptist background.

Kutcher, who was raised Catholic, doesn’t claim a Jewish mother but he is, for lack of a better term, a “fellow traveler” of Judaism. 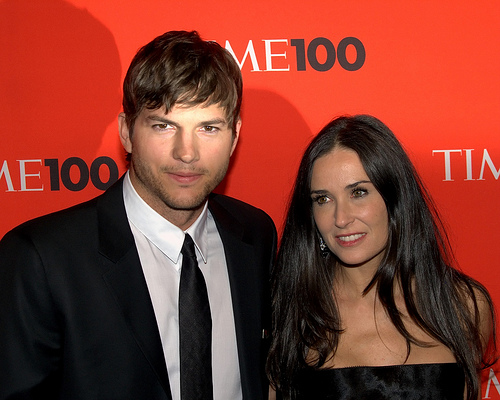 For about seven years, he and his wife, actress Demi Moore, 48, have been devout followers of the Kabbalah Centre.

The Kabbalah Centre, which has facilities in many cities, is a controversial organization that teaches a belief system somewhat based on Jewish religious mysticism. The Centre doesn’t define itself as a separate faith, but the Jewish community is quick to point out that it is not affiliated with Judaism and Centre attendees are not Jewish; I haven’t seen any Centre attendees who aren’t Jewish define themselves as Jewish by virtue of going there. Still, the more ardent Centre “followers” (like Madonna, Kutcher and Moore) appear to have learned a lot about aspects of Judaism and they celebrate some Jewish holidays.

In the past year, Kutcher and Moore have visited Israel twice. They were there in August to attend the birthday party in Jerusalem of the head of the Kabbalah Centre. They returned in October, to renew their wedding vows in Tel Aviv. The ceremony was presided over by a Kabbalah Centre rabbi.

Ashton has taught me more about Judaism than I think I have ever learned from anyone else…Ashton’s a very serious student of Kabbalah and Judaism. He knows a lot. When we had the funeral scene [in their movie No Strings Attached], that was a Jewish funeral. He was able to read all the Hebrew. It’s very impressive…he studies Torah every Saturday.”

In prior columns, I noted that Linda Eastman, the late first wife of 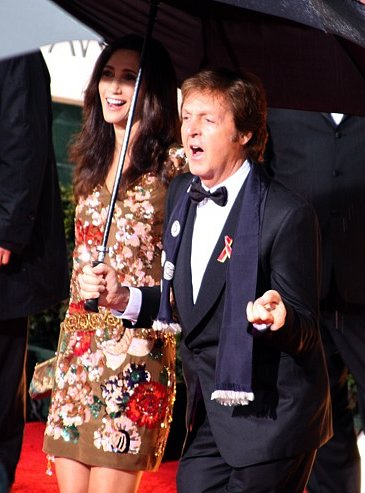 Sir Paul McCartney, 68, was a non-practicing Jew. When Sir Paul was a recipient of the Kennedy Center Honors late last year, I wrote that his steady girlfriend, businesswoman Barbara Shevell, 51, is Jewish and that she is the second cousin of famous (Jewish) TV journalist Barbara Walters.

Early this month, McCartney announced that he is engaged to marry Shevell. An Israel-based blogger, Natalie Wood, ran with the news and has compiled a few interesting facts in an article entitled, “Will Paul McCartney’s Marriage Strengthen His Ties With Israel?”

After noting that Eastman was Jewish, Wood writes:

Some weeks ago when Sir Paul paid tribute to Linda he remarked: “… in my relationship with my new girlfriend, Linda is a powerful presence, and I am lucky that Nancy recognizes that and is a big admirer of her work.”

During December last year, Sir Paul was a surprise guest at a Chanukah fund-raising event which raised $3 million toward the $10 million expansion of a Chabad House – an ultra Orthodox Jewish facility – at Rutgers State University of New Jersey, whose campus includes first Sephardi synagogue at an American public college campus….It has been claimed that Ms Shevell influenced Sir Paul’s decision to perform in Israel during September 2008 when he met members of the OneVoice peace group and he and his band members wore the OV pin in their lapels during a concert in Tel Aviv. 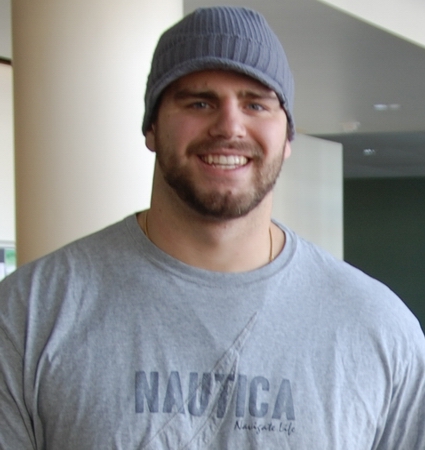 lineman Gabe Carimi. The 6 foot, 327 pound Carimi was the conference “Lineman of the Year” and he was the winner of the Outland Trophy, an award given to the best interior lineman in the country. A civilengineering major, he was an Academic All-Big Ten team member for four years.

Carimi attracted a lot of attention in the local Wisconsin and national Jewish media when he did his best to observe the solemn holiday of Yom Kippur and still play college football.

This past year, Yom Kippur, which requires a complete fast from sundown to sunset 25 hours later, did not end until after an important Sunday night Wisconsin football game was scheduled to start. So Carimi put himself on “Jerusalem time,” began his fast early, and ended it an hour or so before game time. He bolstered his system with intravenous fluids so that he could recover from the complete fast more quickly.

Much more on Carimi’s Jewish background and football career can be found in this Jewish Week piece from last December.

The Jewish Week piece, however, didn’t explain a few things about Carimi’s background that left me a little confused. I found the obituary of Samuel Carimi, a Navy war hero and a retired Social Security administrator. Gabe’s father, Sanford A. Carimi, a medical doctor, is described in the obituary as the son of Samuel Carimi.

My strong sense, from the obituary, was that the elder Carimi (Samuel) was not Jewish. But The Jewish Week piece clearly described Dr. Carimi as being Jewish and a member of a Reform Jewish congregation.

The mystery was (mostly) solved by an April 30 profile in the Chicago Tribune. Dr. Carimi, the Tribune says, was born Jewish. Samuel Carimi was his Italian-American stepfather. Dr. Carimi either took his stepfather’s last name as a tribute to him, or was legally adopted. As I said, I very much doubt that Samuel Carimi was Jewish.

More surprising to me was the fact, (reported by the Tribune but not by The Jewish Week) that Gabe Carimi’s mother, Alayne Gardner-Carimi, a businesswoman, is a Jew-by-choice. Born Catholic, she converted to Judaism around the time of her marriage to Dr. Carimi.

Quite a blended family!