Liberace: Behind the Schmaltz

Liberace (1919-1987) is the latest subject of an HBO film. The flick, entitled Behind the Candelabra, focuses on a sensational and more than “gossip-worthy” part of Liberace’s life: his rather bizarre long-time love affair with Scott Thorson, now 55. The film is based on Thorson’s 1988 memoir. (Behind the Candelabra premieres on Saturday, May 26, at 9 p.m., with many encore showings.)

https://www.youtube.com/watch?v=QqAC1yiIROw
Michael Douglas and Matt Damon star in the new HBO Film, Behind the Candelabra.

Interfaith actor Michael Douglas, 68, plays Liberace, who soared to TV stardom in the early 1950s as a light classical pianist who jazzed things up with flamboyant costumes, fancy candelabra laden pianos, and a beaming smile. In the latter part of his life, he was most associated with his Las Vegas stage show.

In 1977, Liberace met Thorson, then a 16-year-old veterinarian’s assistant, and became his lover. He showered Thorson with gifts and put him in his popular stage show. According to Thorson’s memoir, the relationship foundered because Liberace was constantly unfaithful and because Liberace insisted that Thorson have multiple plastic surgeries to look like a young Liberace.

Thorson says that these painful surgeries left him drug-addicted. He sued Liberace for palimony in 1982, and this suit had the effect of outing Liberace as gay. Thorson settled his suit for a smallish sum in 1986, a year before Liberace died of AIDS. 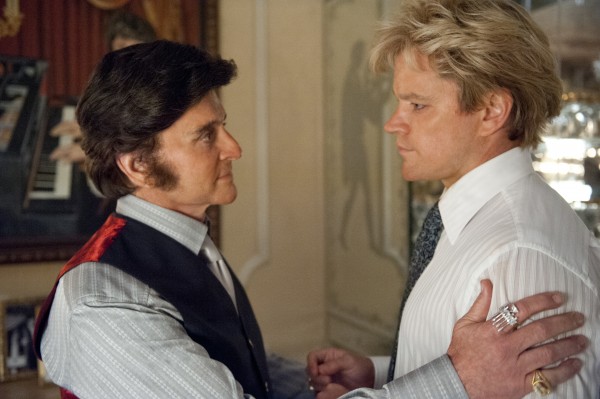 Michael Douglas and Matt Damon as Liberace and Scott Thorson.

Behind the Candelabra features the last score written by the late Jewish composer Marvin Hamlisch.

Interfaith Guy Wins the Latest Round of Survivor

I was just tipped-off that John Cochran, 25, the winner of the just-concluded TV season of Survivor: Caramoan, is of interfaith background.

This tip was born of two 2011 Twitter posts. In one, Cochran, 25, explained his last name: “It’s an Irish name (father’s Irish Catholic). My mother’s Jewish, though!” In another, he responded to a Happy Hanukkah wish with: “Chag sameach!” (Hebrew for “happy holiday”).

A Harvard Law school student, Cochran previously competed on the CBS show in 2011 (Survivor: South Pacific), but didn’t win. His win this season was by unanimous vote. Only twice before, in 25 prior Survivor competitions, has someone won by a unanimous vote.

Cochran didn’t mention anything about his religious upbringing on the show, but my gut says that his use of the Hebrew phrase for “happy holiday” means that he was more likely than not raised in his mother’s faith. Also, I have heard, but couldn’t confirm, that he referred to himself as Jewish when he was on Survivor in 2011.

Cochran grew up in Oakton, Virginia, a Washington, D.C. suburb. His father, Dr. John W. (“Jack”) Cochran, is a neurologist. I am not sure if his mother, Arlene, works outside the home. Dr. Cochran mentions on a website that they are both active in helping dog rescue groups. 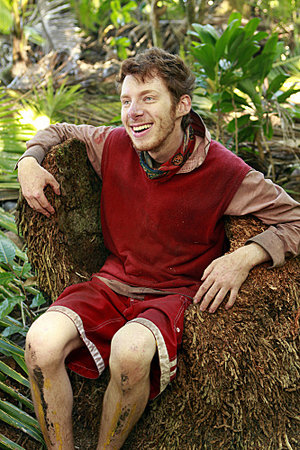 You might notice that the “Happy Hannukah” greeting, in the tweet noted above, was directed by a fan to three Jewish/interfaith Survivor competitors: Cochran, Ethan Zohn, 39, and Stephen Fishbach, 34. Zohn, who is Jewish, won Survivor: Africa in early 2002. (Wikipedia details his career as a professional soccer player and humanitarian activist.)

Fishbach finished second in the 2009 competition, Survivor: Tocantins. I know Fishbach identifies as Jewish, but I’ve heard “shaky info” that he may be of interfaith background.

Here’s an interesting coincidence: Fishbach was the 1997 valedictorian of the Harvard-Westlake School in Los Angeles. Members of his high school graduating class included interfaith actor Jason Segel and Jason Collins, the pro basketball player who recently came as gay. As I said in my last column, Segel and Collins played together on the school’s California State championship basketball team.

A couple of months ago, Drake tweeted something nice about her. They met long ago when they worked on an indie film. This lead to a flood of tweets from Drake fans directed to Dennings’ Twitter account. Rumors that they were dating went into overdrive when they were spotted dining at a sushi restaurant.

Dennings added that Drake is “cool and a gentleman.” She was a bit weirded-out, however, by the hovering presence of Drake’s large security entourage. She also told Handler that she is still romantically involved with actor Nick Zano, 35, whom she has been seeing since December, 2011. Zano, who is of (non-Jewish) Irish and Italian background, has a recurring role on 2 Broke Girls.

There has been criticism that Lena Dunham, 27, the creator and star of the HBO series, Girls, has gotten much more hype and media coverage than a show that doesn’t draw a big audience, even by HBO standards, deserves. Well, maybe that’s a bit true. But it’s also true that when a young person is the force behind a show that gets a lot of press, there is an inevitable media backlash that has elements of jealousy. In any event, one judge of an artist’s character is how they use that overheated media attention. One of the best ways is for them to use their 15 minutes (or maybe longer) of fame to help others, and Dunham is doing that.

Dunham, who is of interfaith background, is using her fame to aid a Brooklyn hospital. In the May 12 New York Daily News article, we hear about Dunham and her family, including Dr. Bonnie Simmons, the sister of Laurie Simmons, Dunham’s Jewish mother. Her father, painter Carroll Dunham, is of Protestant background.

Superstar Lena Dunham, who turned her mental-health issues into material for her popular TV show, has a new off-screen role — raising money for a Brooklyn hospital’s psychiatric facility that will treat conditions like hers. The Girls creator, who has spoken about her struggle with obsessive-compulsive disorder and used it in her HBO hit, is spearheading a May 18 fundraiser to expand the mental-health emergency room at Lutheran Medical Center. The writer, director and star has family ties to the Sunset Park hospital: Her aunt, Dr. Bonnie Simmons, is the head of emergency medicine. … Her goal is to raise enough money to triple the size of Lutheran’s two-room psychiatric ER — which is so small that patients often wait for admission on gurneys. Already $1.2 million has been raised — and all 900 tickets to the black-tie Chelsea Piers event have sold out at $600 a pop. Dunham and “Girls” executive [Jewish] producer Judd Apatow each donated $25,000 and HBO kicked in $20,000, Simmons said. Donate at www.LutheranDinnerDance.org.

On Monday, May 20, most PBS stations showed an American Experience documentary about Jewish actor, director, and composer Mel Brooks. This is the first time Brooks, 86, has helped in the making of a documentary about him, and he says he’s very pleased with the film. 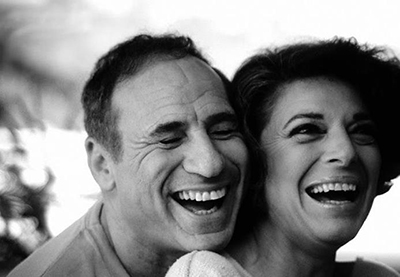 The program will be in “high encore showing mode” throughout this week, so check your local station schedule and I am confident you can catch such a showing — or you can watch the PBS documentary online.

As I write this, the documentary hasn’t yet aired. But I am sure there will be much said about actress Anne Bancroft, Brooks’ wife from 1964 until her death in 2005. Back in 2009, when Brooks was the recipient of the prestigious Kennedy Center Honors, I covered his interfaith marriage to Bancroft in-depth. (She was born into an Italian Catholic family.)

Being Interfaith: Excuse for a Joke

I became a somewhat inconsistent viewer of How I Met Your Mother (HIMYM) after the first few seasons. My attention returned to the show as it finally began to wrap up its storylines during the recently-concluded seventh season. The season starting fall, 2013 will be its final season.

Frankly, I’ve long been a little annoyed that no reference to “anything Jewish” has happened on the show. You would think it would: HIMYM is set in New York City, and the main cast includes Radnor; Jason Segal, who, raised Jewish, has a Jewish father; and Alyson Hannigan, who was raised by her Jewish mother. Heck, even the unseen narrator of the show, comedian Bob Saget, is Jewish.

Well, I thought there was breaking news in a recent article which described Radnor’s talk to a Washington, D.C. synagogue group. As the Washington Examiner author said, he seriously discussed his practice of Judaism, including talking about a prayer he wrote. Still, Radnor managed to work-in a light-hearted remark about the surprises in store on his TV show. Radnor said, “That’s the big reveal, that’s the big twist in the series — Ted is half-Jewish, played by a full Jew.”

I thought, “Wow, we will find out Ted is half Jewish! That is an interesting development.”

But, I was wrong. Detailed online synopses say that Ted Mosby was identified as an interfaith character in episode 8 of season 6. Here’s the dialogue of the big moment:

Ted Mosby: If I wanted to make it personal, I’d call you a bored little trophy wife who likes to play activist when the shops on Fifth Ave are closed.

Ted Mosby: Down where? To the yacht club? I’d love to, but wait, I’m half Jewish, is that going to be a problem?